Links are to the current pages which may not exist or have changed. ID-based links may not work. Internal links have [@rev] links to this revision or add ?rev=3b95927 to a URL. See the help page for more information. 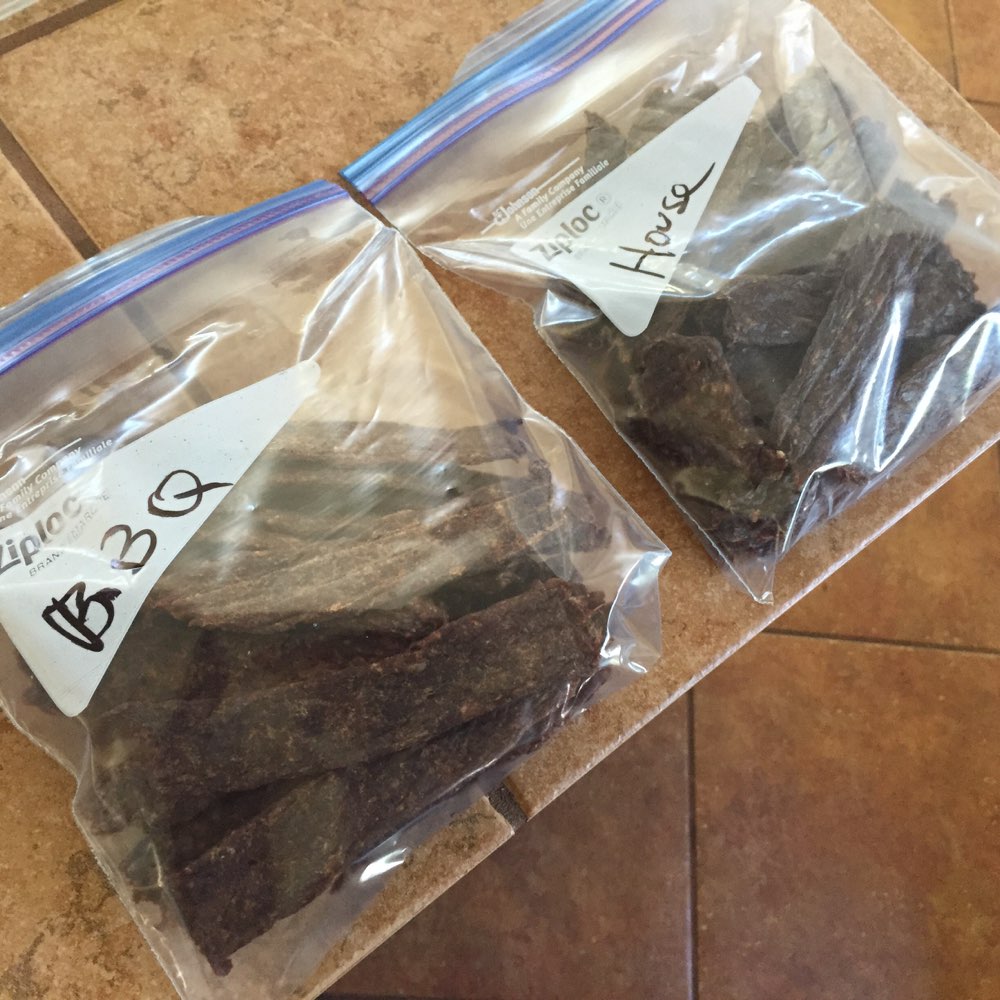 I made my regular house (aka "No Name") jerky and a BBQ jerky.

I used the regular recipe[@rev] except did half the apple cider and the other half water since this was unfiltered.

It come together and extruded normally, but for some reason, despite being the identical beef to the BBQ, this was so oily when I checked on it. I swear I couldn't even really blot it. I ended up at a certain point since it was late, turning it off, placing it open on a lined plate, and refrigerating it. It seems to have reabsorbed the oil or something since it was fine in the morning. As usual, I treat these as something you should refrigerate but can last some amount of time

I kept this super simple. I worked out the math on salt and went with:

I mixed the TQ and the water, then mixed it all. I know Sweet Baby Rays is super fake (first ingredient: high fructose corn syrup) but I like it a lot. These came out pretty good. Not overpowering amount of BBQ sauce and you could still taste beef, but also not super overpowering.

I marinated them both for about 3 hours, then started drying at 6:25pm at 145°F. At 10:45pm, they were super oily (especially the House) as mentioned above. After blotting them, I did another hour at 160 and then basically gave up. I think they worked out fine though.