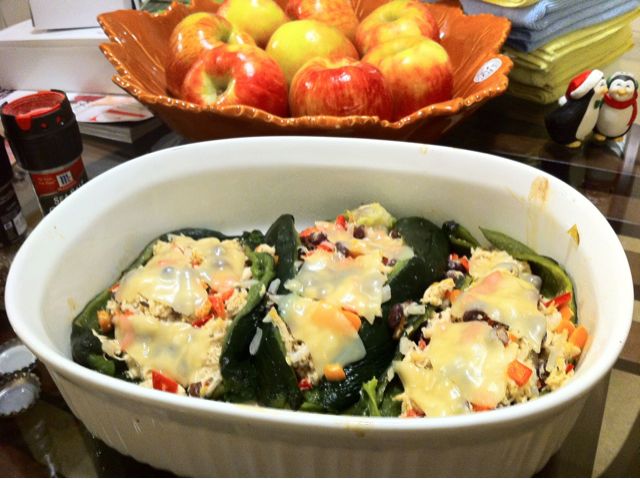 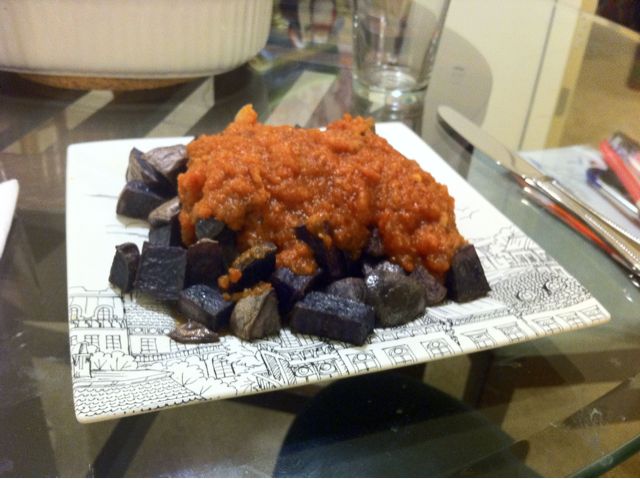 The peppers were from a recipe Meredith found here. We also mixed in some laughing cow (or the WW version) instead of the cheese. We made some other modifications but nothing too major. It was very, very good! We will do it again!

The Patatas Bravas was more of a "wing-it" type of ordeal after reading many recipes. It was basically onion and tomatoes with spices. The difference this time is that I pureed it to make it more of a sauce. It was also very good. And, we used Meredith's favorite potatoes (Purple Majesty). We found them at H-Mart so we didn't have to selectivity pick through the things at Trader Joes.

The potatoes were really just for the potaotes themselves so about 4 per person. Maybe 5