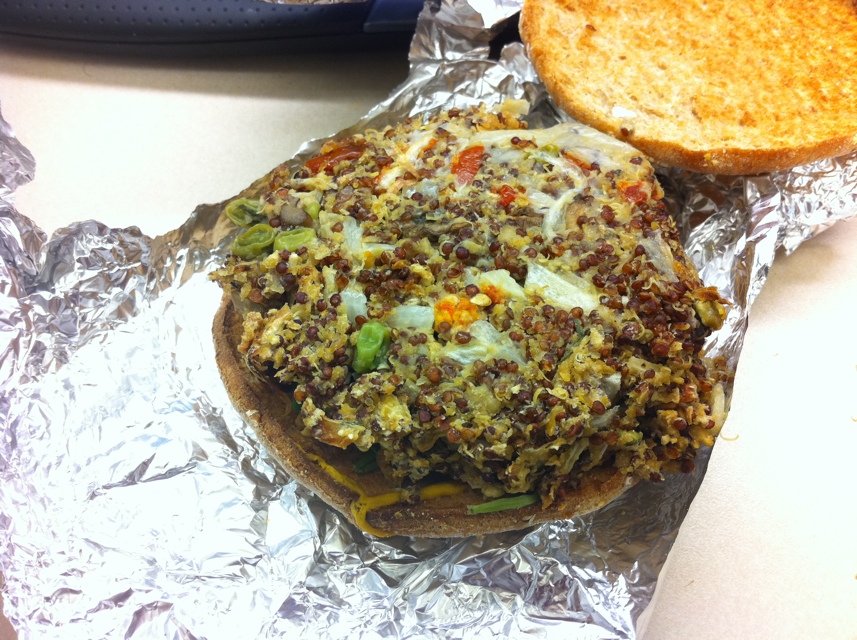 Meredith made this becuase I was home late and it takes some time. Pictured is the leftover made into a burger form for lunch (I forgot to photograph it).

Meredith followed the recipe below but I think she said she added garlic. She also used thyme instead of parsley (strange but good) and used sun-dried tomatoes not in oil. She said it took a while to prep but it probably could have been sped up with some more multitasking and two people.

It smelled really good as it baked. As for taste, it was slightly bland but not overly so. I added spray butter and that really brought out a lot of flavors. It kinda reminded me of stuffing, which given the ingredients, makes sense.

It was moldable and we made it into burgers for lunch. We ate about half for dinner (I was hungry, it could have been more) and used about a quarter for two sandwiches so it seems to be about a dinner and two lunches. Not bad.

Also, not that it is a big deal, but for the frozen vegetable side, I actually used the steamer basket. It was easier and only slightly slower than the microwave

Addendum: Meredith told me her changes