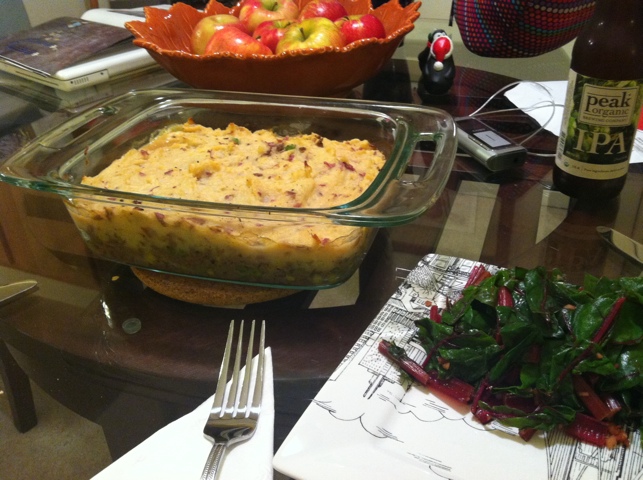 Meredithbasicallymade this meal so I do not know too many details, but we followed our standard shepherds pie. The mashedpotatoeswere with red-bliss potatoes and made with non-fat greekyogurt, fake butter, etc to make them rather healthy. This was our first time using a potato masher instead of a fork which worked very well. It certainly made it easier. The beef was 95% lean beef with some frozen corn and peas. Meredith put a lot of seasonings in, including garlic and onion powder and oregano. We do not really know why but it came out rather wet today. It could be thedifferentpotatoes or that we cooked it covered for the first half. I do notreallyknow but it was certainly delish.

We also had swiss chardsautedwith garlic.