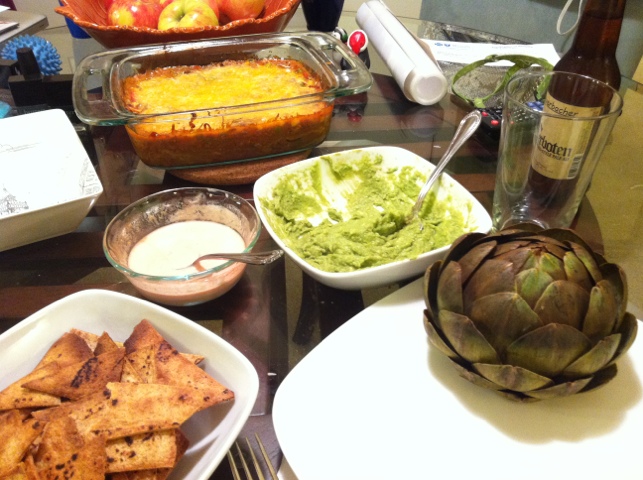 This ended up being quite the meal. First, the enchilada casserole (first noted here). We did it the normal way except use 97% fat free cream of chicken instead of cream of celery. Also we added sauteed onions to the beef. I think it was better with the (97% FF) cream of celerey. We will know for next time.

Meredith made the fresh guacamole so I will let her comment on what she did. I have no idea. The chips were made by cutting whole wheat tortillas, spraying them with pam, putting them on a tray and broiling them until just crispy. Normally I would bake them but we were in a hurry and this was faster.

Finally, the artichokes were just boiled. Meredith made a dipping sauce with non-fat greekyogurtand hot salsa. We had to cook them a bit longerbecausethey were so big.

Overall, it was a rathersuccessfulmeal. Fairly easy too.