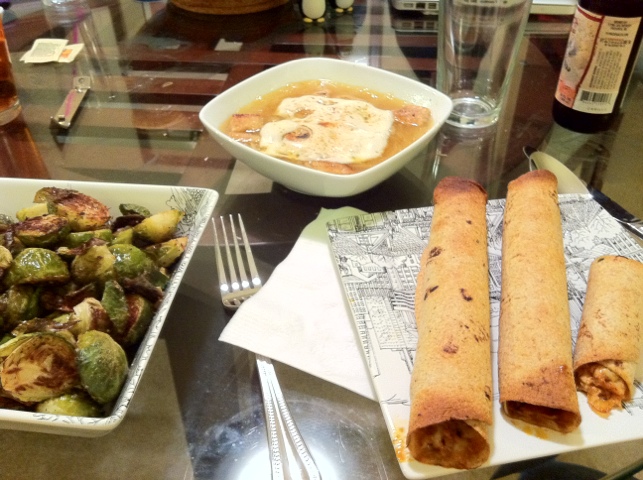 This meal came aboutbecauseI had defrosted chicken but not really two servings worth on its own. Also I was craving soup. We didn't do anything special with the soup. It was pretty normal. A lot of onions. I probably should have used a bit more broth base but it was fine.

The taquitos were very similar to the ones I described on 2011-04-27except without habenro or bell peppers. The real trick I think is to keep adding leftover liquid from pressure cooking the chicken. I add it, let it cook down, and then do it again as needed. They were very good, as usual!

Finally, the brussel sprouts were pretty standard. THey were very large. Also I cooked them at 375 instead of 400 and it was fine. Maybe even a bit better