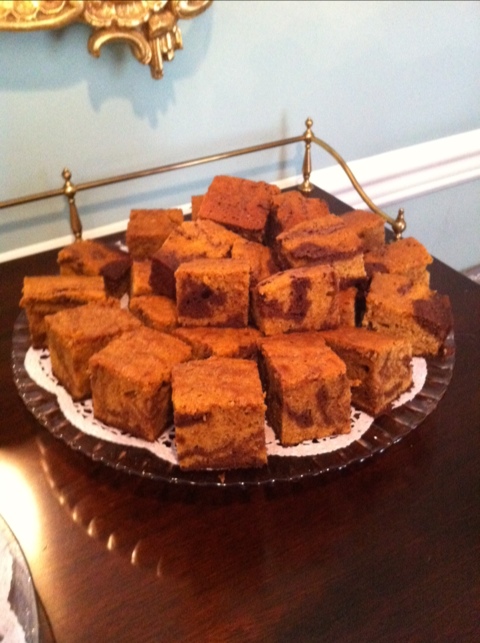 I made these for my Dad's Thanksgiving dinner but since it had to be parve, I replaced the butter with margarine. Other than that, I followed the recipe (below) pretty exactly. As some of the commenters on the recipe pointed out, the consistency of the split batters were not the same making this very hard to marble. Also, I don't think I did a very good job splitting them. However, we were just a tad short on cocoa powder so I did try to make the chocolate just a bit smaller.

The texture to me was more like cake than a brownie. I don't know too much about brownie making/science to know where that change came from. Still, it was quite good. Surprisingly, I thought it tasted like honey cake more than anything else despite there not being any honey.

Pumpkin Brownies (from All Recipes)