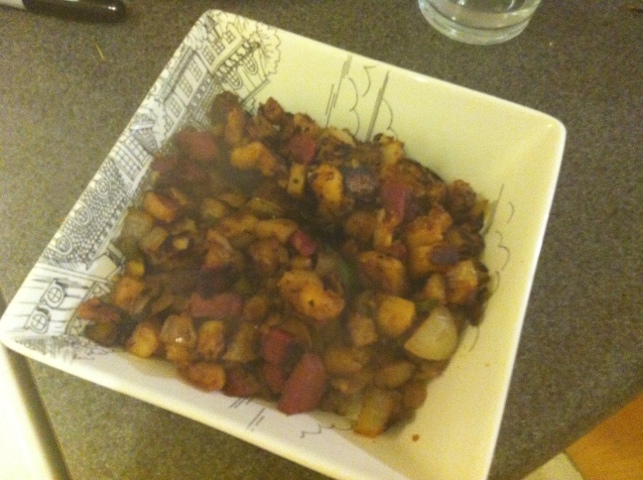 This was my first attempt at Corned Beef Hash. I based it on the recipe below (half). The biggest things I did differently was cook the potatoes in themicrowavefirst and I bough thick slices of corned beef from the deli. I was curious if it would get moist enough, but this recipe, unlike others, called for someketchup, hot sauce and chili-sauce (which I interpreted as Siracha). I didn't have a poblano so I used somejalapeo. I also didn't do the egg as they suggested.

They results were very good. It had a nice texture and turned out to be fairly moist. I could have used more corned beef but it was fine enough.