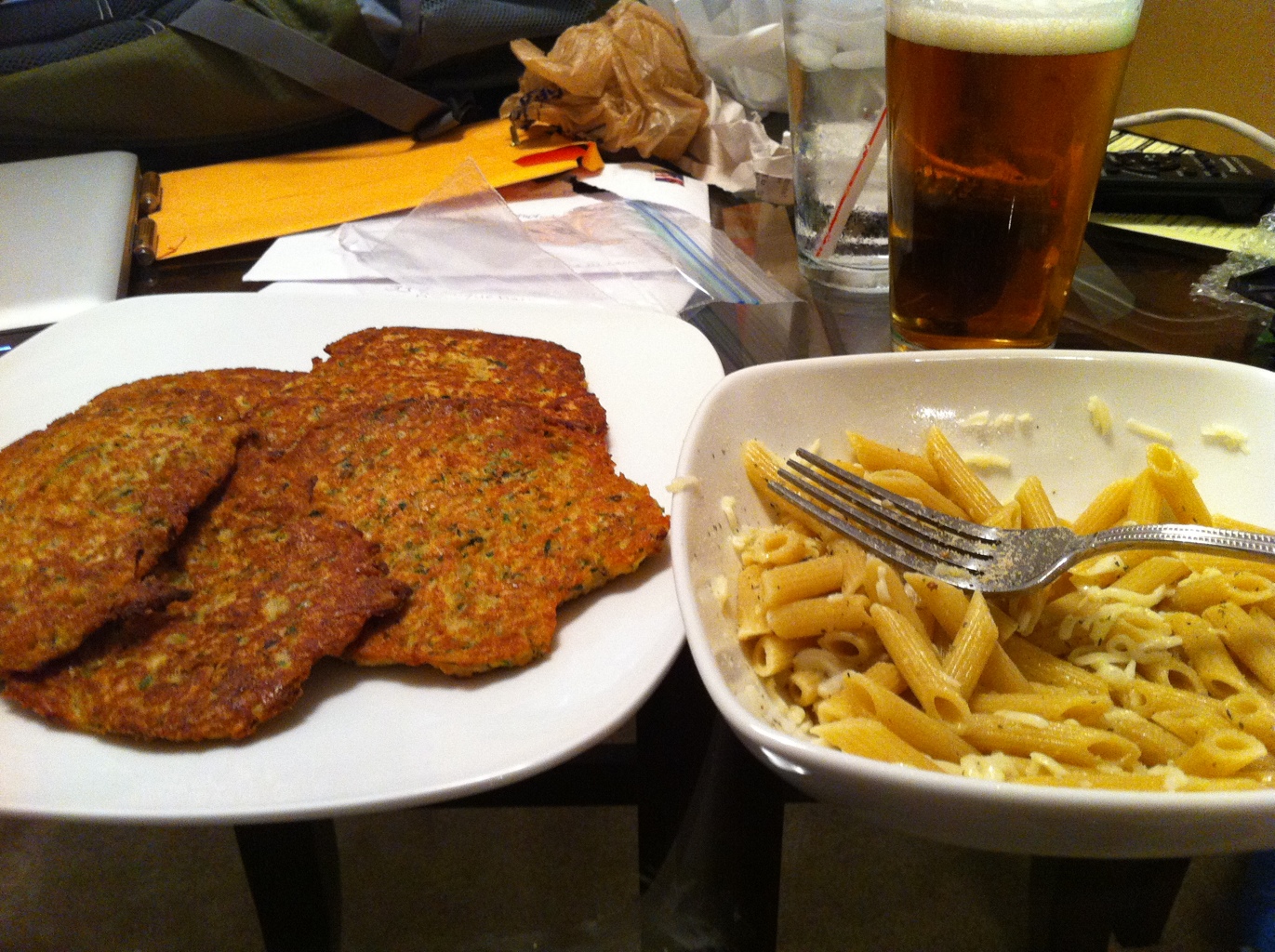 I madezucchinifritters at least starting out with the original recipe. It was actually a bit thick before I added anything else, but then I remembered the baking powder. Except, I accidentally added corn starch. That made it even thicker! I think I may have used a bit too much flour. It was a little bit more like pancake batter. As I said, it was thick before but it made very few despite using two whole zuchinnis.

I also made a small side of pasta (using the "plus" kind that is whole grain and more protien). I added some cheese, butter spray and lots of Penzy's Sandwhich Sprinkle. It was also pretty good!

I could havestretchedit to two meals but since I didn't need lunch the next day and since the fritters are low, I just did it as one.