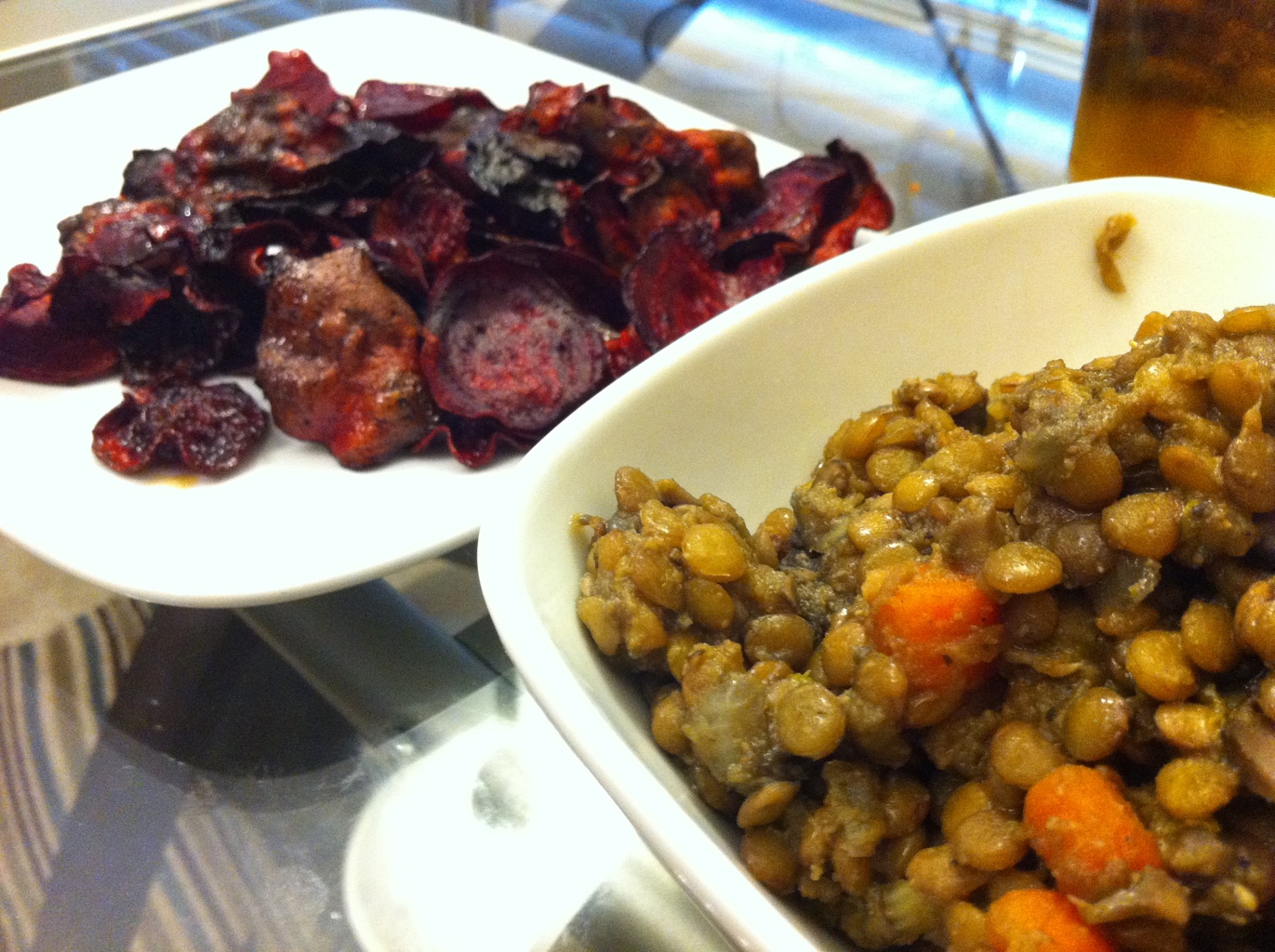 I made lentils again similar to a few othertimes. I sauteed a half of an onion, well copped mushrooms, lots of carrots and lots of celery (including leaves). After they were cooked down a bit, I added chopped garlic. I then added 1 cup of lentils and about 2.25 cups of water/broth. That is higher than the normal 1:2 ratio, but I had a lot of veggies in it. I then added garlic powder, onion powder, 21 seasoning salute and some siracha. I let it simmer in the dutch oven uncovered. Actually, as I saw that it was going to have absorbed/cooked off all of the water before my beet chips were done, I covered it for a bit.

The lentils were so good. I think the trick is the mushrooms but I do not know for sure. All I know is they everytime I made this, it tastes great. And it is all of 12 points for the ENTIRE thing. Lots of flavor and protien, for low points!

I also made beet chips. I am not going to bother copying the recipe since all I did was slice the beets on the finest setting and then bake them for about 20 minutes at 350. I used parchment paper under them but I do not know if that made a difference. They were okay. Not incredible. Some burned and some were still soft which is strange since they were all fairly uniformly cut. The recipe called for using the thinnest setting, but I think I would use a slightly thicker one next time since they shrink so much while cooking.