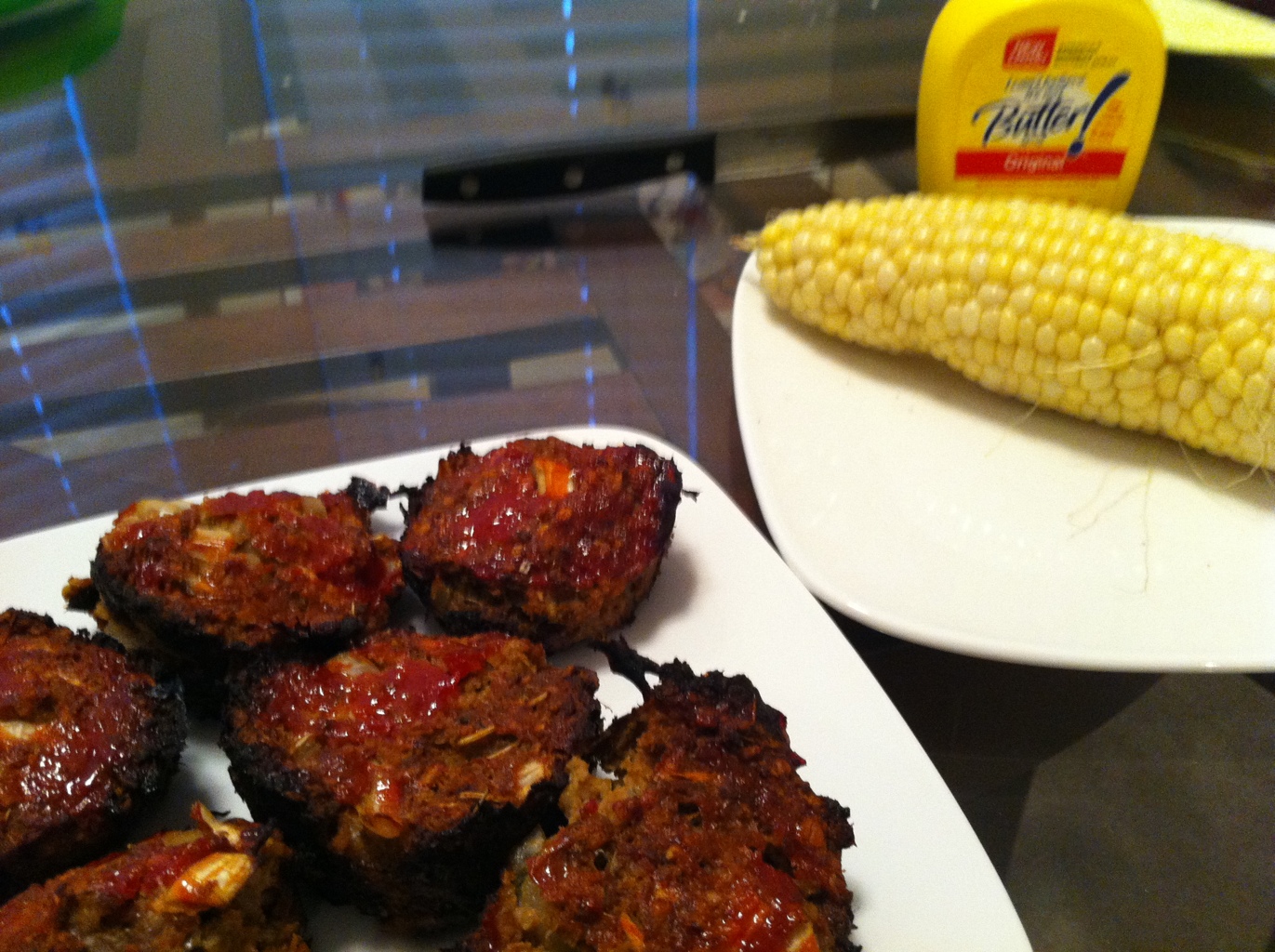 I made meatloaf (or more correctly, meatloaflets) based on a few different recipes. I have never made meatloaf so I didn't really know what I was doing. I read a bunch of recipes and decided to base it on the one below but with lots more seasonings.

It is a bit strange since it uses oatmeal instead of breadcrumbs. This is easier and saves having to make breadcrumbs. Also, it is pretty healthy compared to breadcrumbs.

Other than that, I also used some siracha and a tablespoon of worcestershire (which almost every other recipe except this one calls for. Oh, and I cut it a bit to use only 2/3 lbs of beef.

It was pretty good. I made it into meatloaflets using a cupcake pan. Note to self, that I didn't need to cook it so long since it was smaller. I would do it again!

I also had corn which I just cooked with the husk in the oven for 30 minutes at 350.