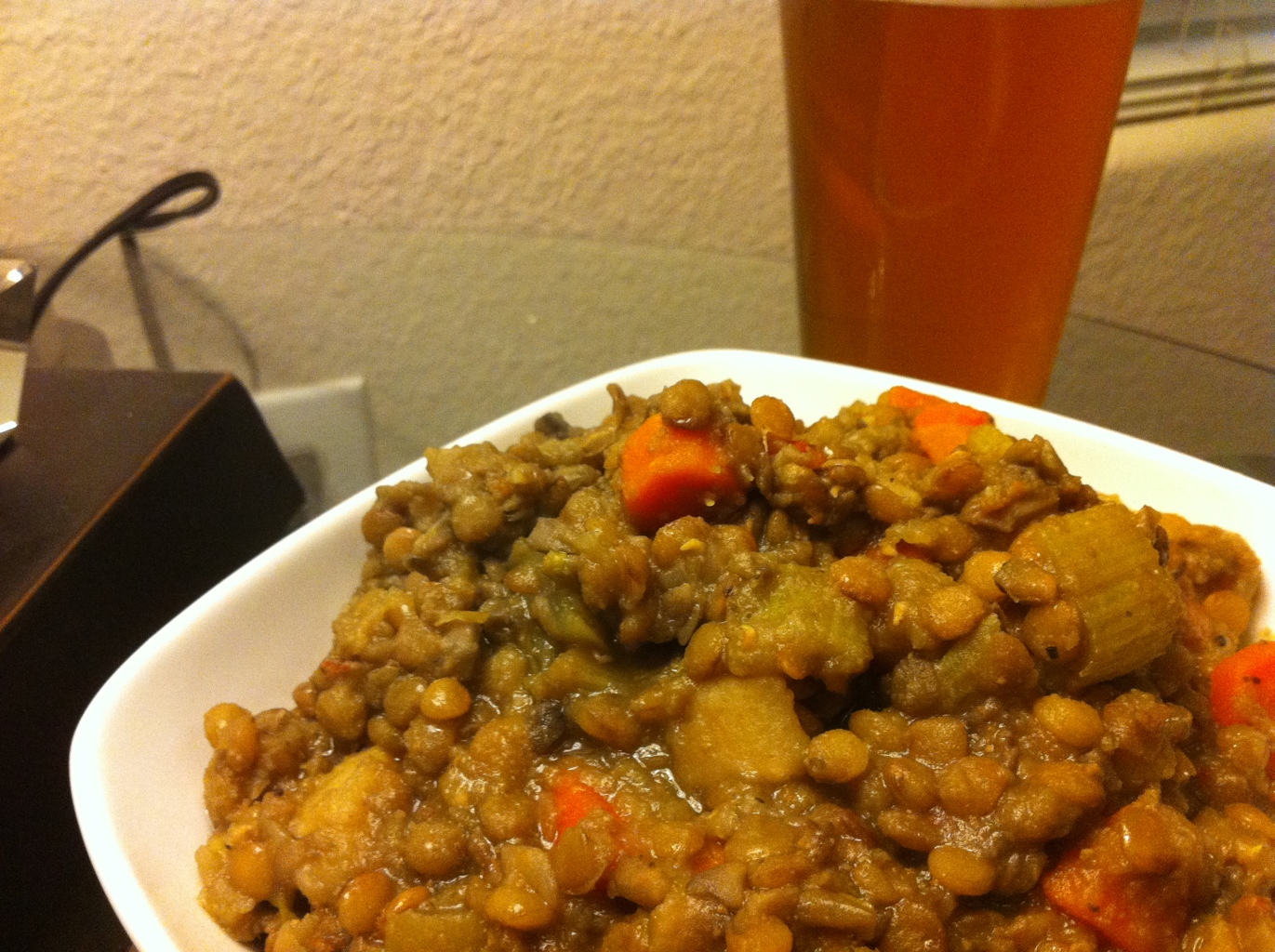 I made the lentils in what is now becoming pretty standard. I sauted half an onion and added lots of veggies. I added chopped mushrooms (lots) carrots, celery and parsnips. The latter being new this time. There were so much vegetables.I then added a 1/5 cups dry lentils (about 18 points plus). Then I added about 5 cups of water (more than regular ratio) and let it cook down until it was mostly dry and the lentils were cooked. Probably about 45 minutes. Oh, and a crapload of onion and garlic powder, plus lots of other seasoning. And crushed red pepper for some heat

The thing made two HUGE portions. I would say each portion was about 10 points plus to account for anything else I added.

They were so good. I do not know what the main trick is, but it makes a lot of food and only 10 points! That is really not too bad