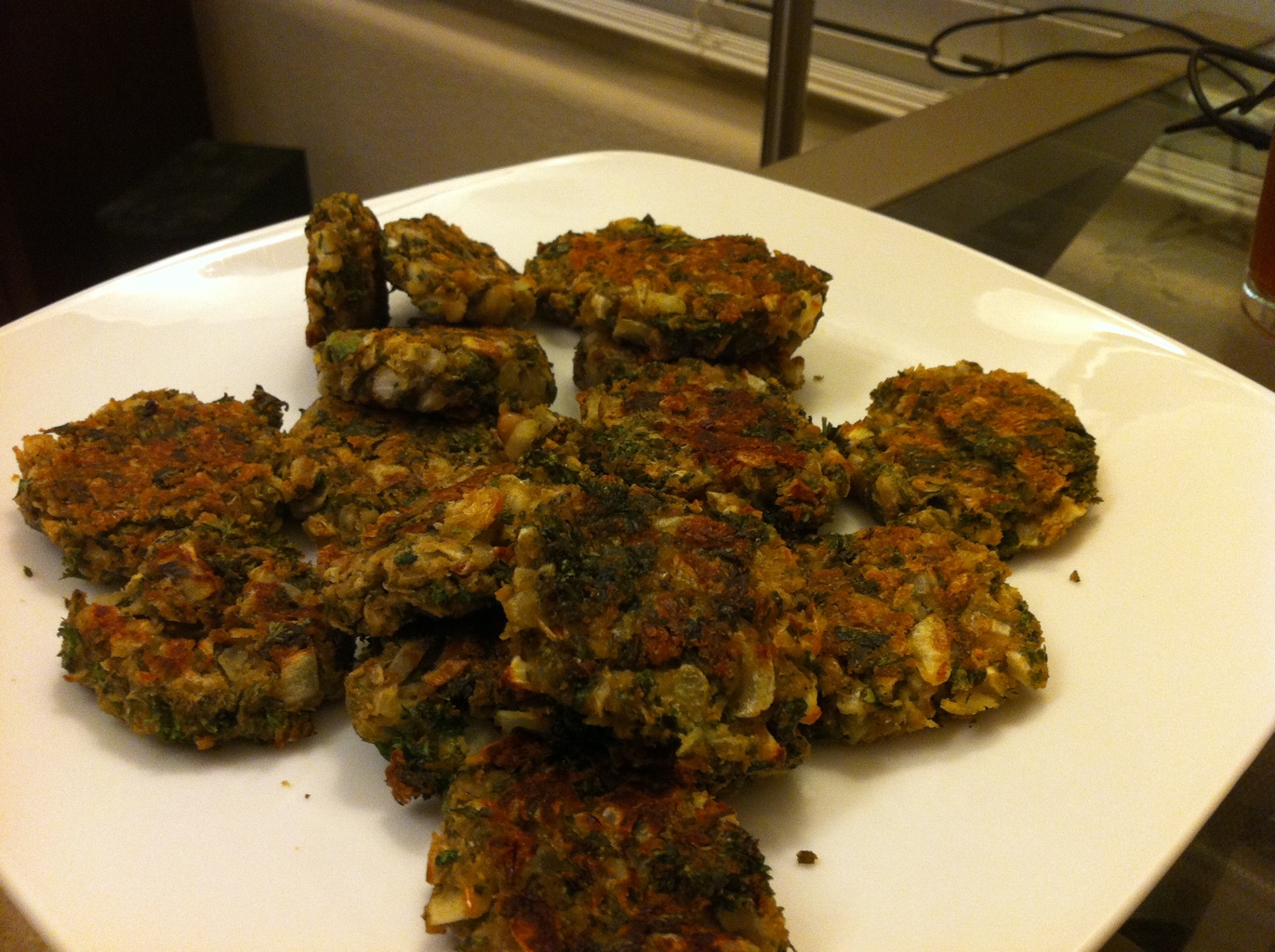 I made baked falafel, however, it would be more correct to call this baked bean patties. I was distracted as I was making it and opened a can of great northern beans instead of chick peas. Oh well, it still came out pretty good. I actually prepared the whole thing the night before since I knew I was going to be getting back on the later side. So, all I had to do was form them into balls, and bake.

They came out pretty good. They were easier to make and mash with the beans but also a bit wetter. I wouldn't aim to use the northern beans again, but it wasn't a big deal.