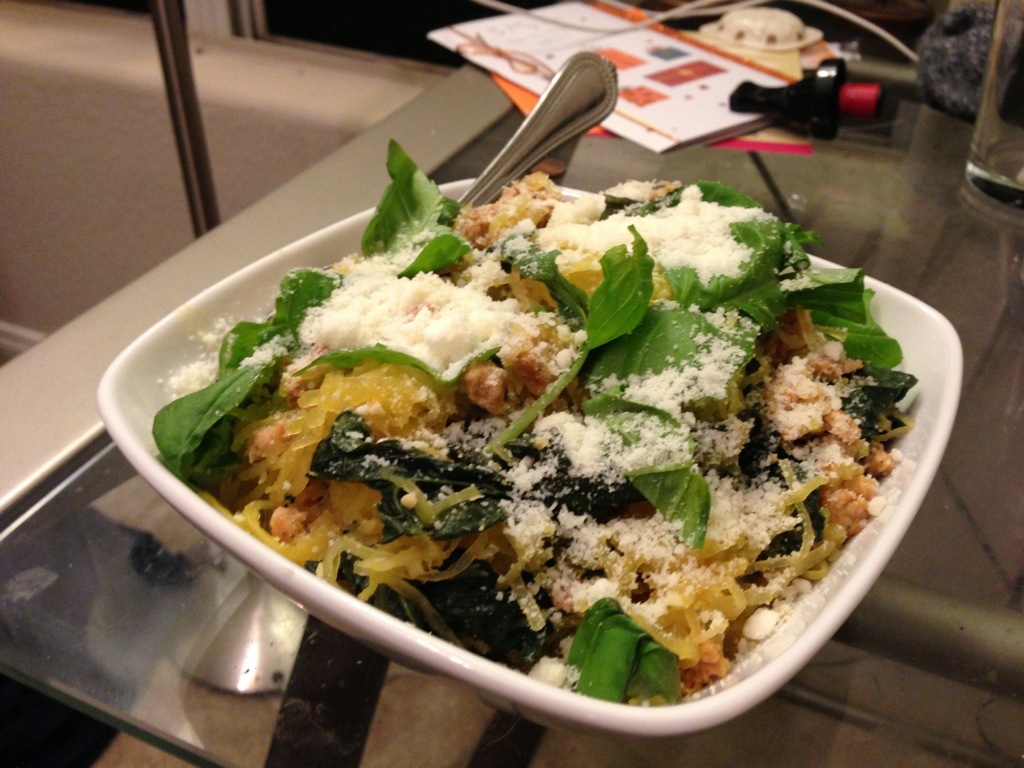 This was inspired by the recipe below, but I did make a lot of changes. Ihalvedthe sausage and used turkey sausage. I also completely skipped the sun dried tomatoes. I halved the broth and wine though I ended up adding more (since I still used a full squash). I also used dino kale. I also combined the squash with everything (including the sausage) in the pan at the end. I also did the squash in the microwave instead of the oven. There was no need for a slotted spoon since the turkey sausage was low in fat, there was no need for a slotted spoon. The basil and the parm cheese really brought it all together. (yes, I used fresh basil, but I skipped all of the mozzerella).

Everything was very good. Lots of food with lots of veggies and really not too many calories. I would be curious how it would be with sun-dried tomatoes (though I still wouldn't use the oil). I'ddefinitelymake it again though.