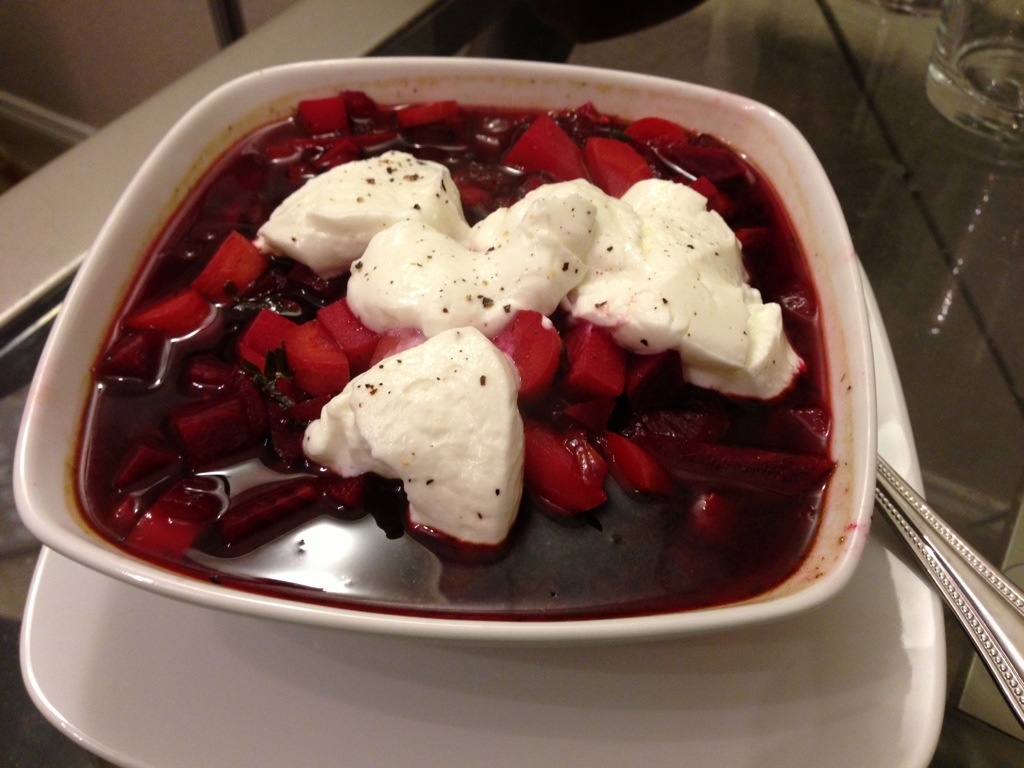 Meredith had bought all of the stuff to make borscht but wasn't able to use it before galavanting across the world and gave it to me. I decided to let the ingredients fulfill their original purpose and make it.

I followed the recipe except I only used one potato (since Meredith only bought one). Instead of brown sugar, I used 2 splenda packets. I do not know what I did before, but the 1/2 cup of apple cider vinegar was very good. I also used fresh mushrooms (and an extra cup of water). I skipped the lemon juice. And used parsley as the green. Finally, I used FF greek yogurt for sour cream. Oh, and I added siracha at the end (but not too much)

I do not remember what it usually taste like since it has been so long since I made it, but this was very, very good. Sweet and flavorful. I wasn't sure if it would be enough food but it made quite a bit and was very filling (plus the protein in the greek yogurt)