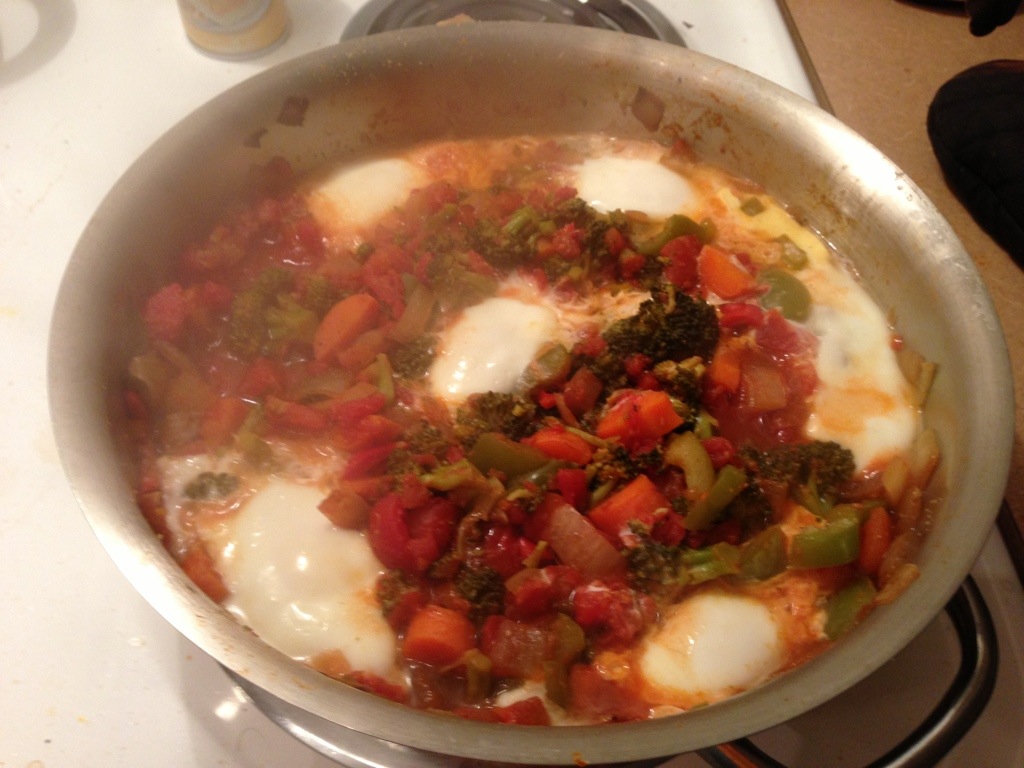 I made shakshuka but I didn't really follow any recipe. The key was I wanted to include lots ofbroccoli(I lovebroccoliin tomato sauce). I also used lots or peppersincludingahabanero seranno and fresno peppers (I nearly died of acoughingfit when they hit the pan). I also had carrots, plain green peppers, 1 28 oz and 14 oz can of tomatoes and a bunch of spices. I then poached 6 eggs into it (one serving for the next day). I also included fat free feta cheese.

I also made roasted pumpkin. I sliced it and roasted it at 425 for a while and then ate it off the skin. It was not very flavorful and not all that good. I won't make it like that again (though I probably won't be buying pumpkin again this season. 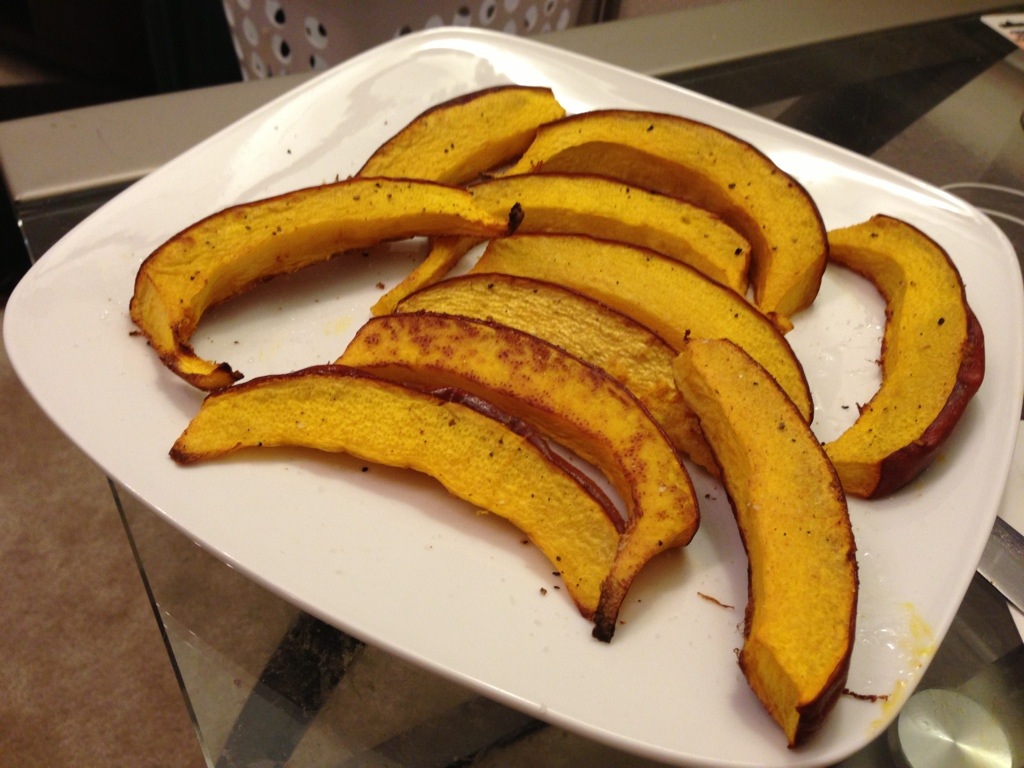