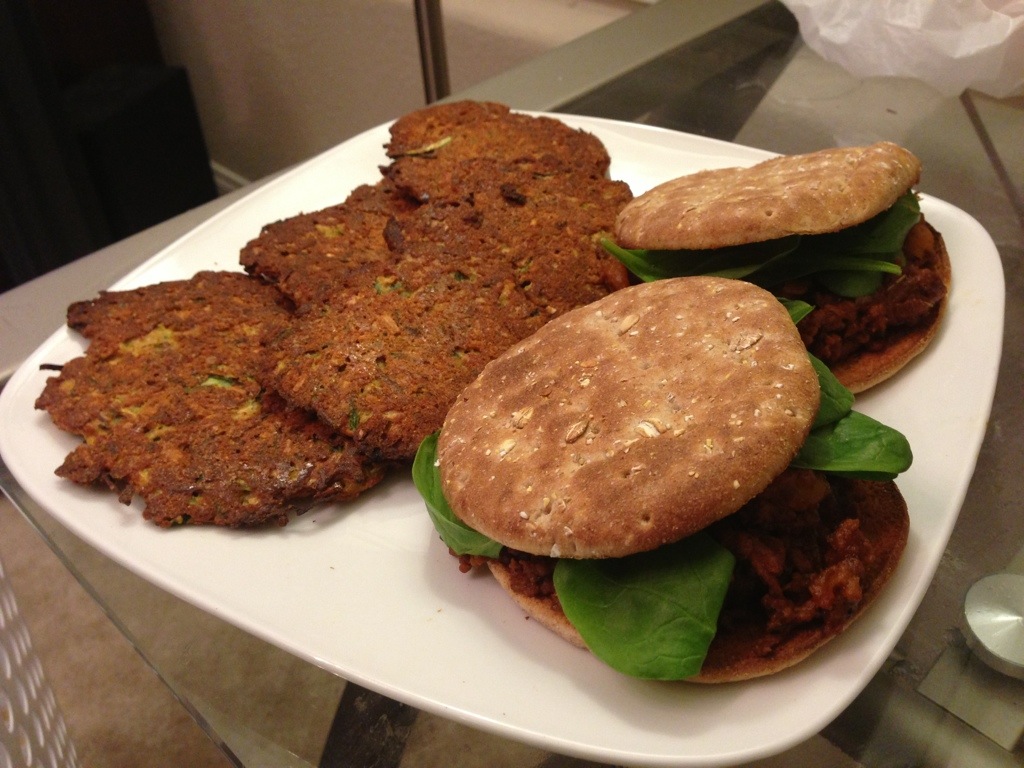 I made sloppy joes based off my normal recipebut I added a bunch of seasonings. I also used splenda instead of sugar. I also adjusted down to about 2/3 of a lbs for the beef. I let it simmer for a long time (which I think is extremely important). I also added Dave's Insanity which made it pretty hot. It was extremely good. I also put spinach on it to get some extra nutrients.

I also madezucchinilatkes for chanuka. I followed the recipe(but I corrected the mistake with the flour on it) and with dried minced onion instead of real. I intended to make this earlier but didn't have everything so thezucchinigot extra time to dry out. So, I do not know if that is why, but they were really dry (the onion probably didn't help either). I also think I over-cooked them a little. Oh well, I know for next time