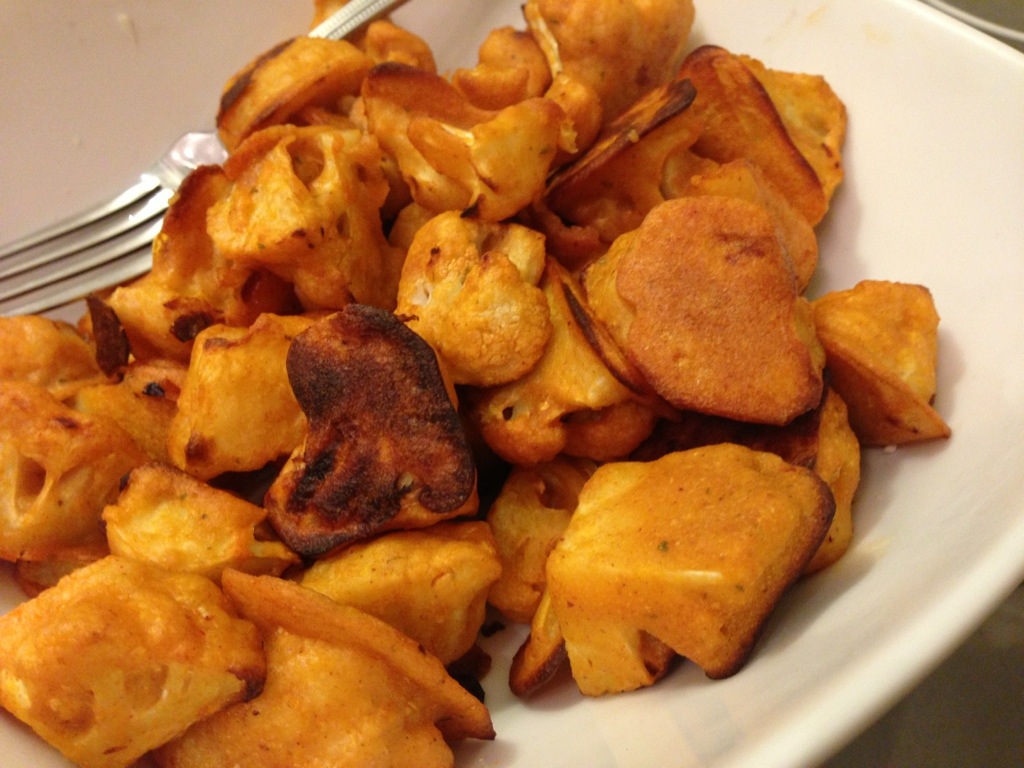 I used the extra head of cauliflower to make buffalo cauliflower like we did for the party, using that recipe. I added a bit of spicy ranch powder to the batter. I also ended up needing more water to get a good texture as it was way too dry at first. I also used white whole wheat flour. I do not know what, if any, affect that had. I also used melted olivio instead of oil (and less of it I think)

They were still not very crispy, but they were good. I also made a salmon burger, and between that and a_whole head_ ofcauliflower, I was rather full from the meal.

I also used non-stickaluminumfoil, which I am beginning to really like. It doesn't have a chemical or oily feel, yet things really do not stick.