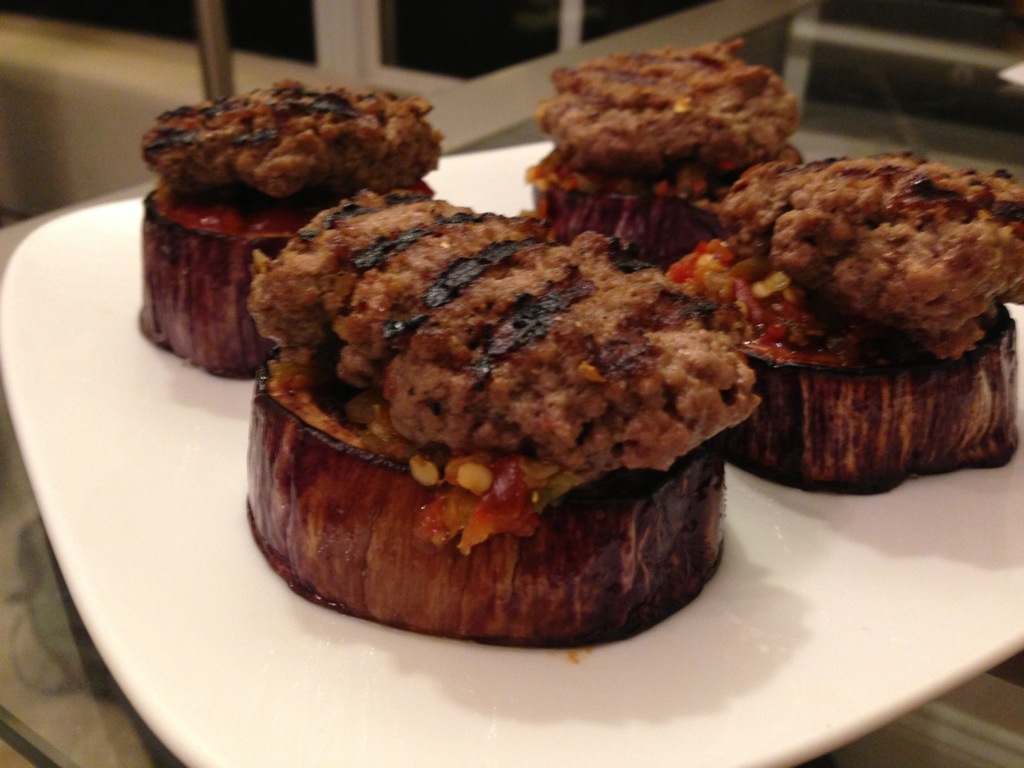 My original plan was to make taco cupcakes but for various reasons, I didn't end up cooking until 9:00pm. So I came up with this. I made a bunch of small burger patties from extra lean ground beef with lots of stuff mixed in. I do not remember everything, but there was: garlic powder; salt and pepper; crushed red pepper; 21 seasoning salute; and probably other things I am forgetting. I did them on the grill pan.

While they were grilling, I thickly sliced twograffitieggplans, pammed them and then sprinkled them with salt (keyingredientwith eggplants; though better if you can let it sit for a bit). I then broiled them for 5-6 minutes/side.

I used a bit of low sugarketchupand some hoagie spread, then I put the seasoned burgers on top.

They came out very good though extra messy. I assume the liquid coming off of them was the eggplant since I used such lean beef and the patties dried out a bit. Still, I liked how fast and easy the meal was. It was also very healthy at just 5 or 6 points for the beef (1/3 lbs extra lean) and maybe one for the pam + low sugar ketchup.