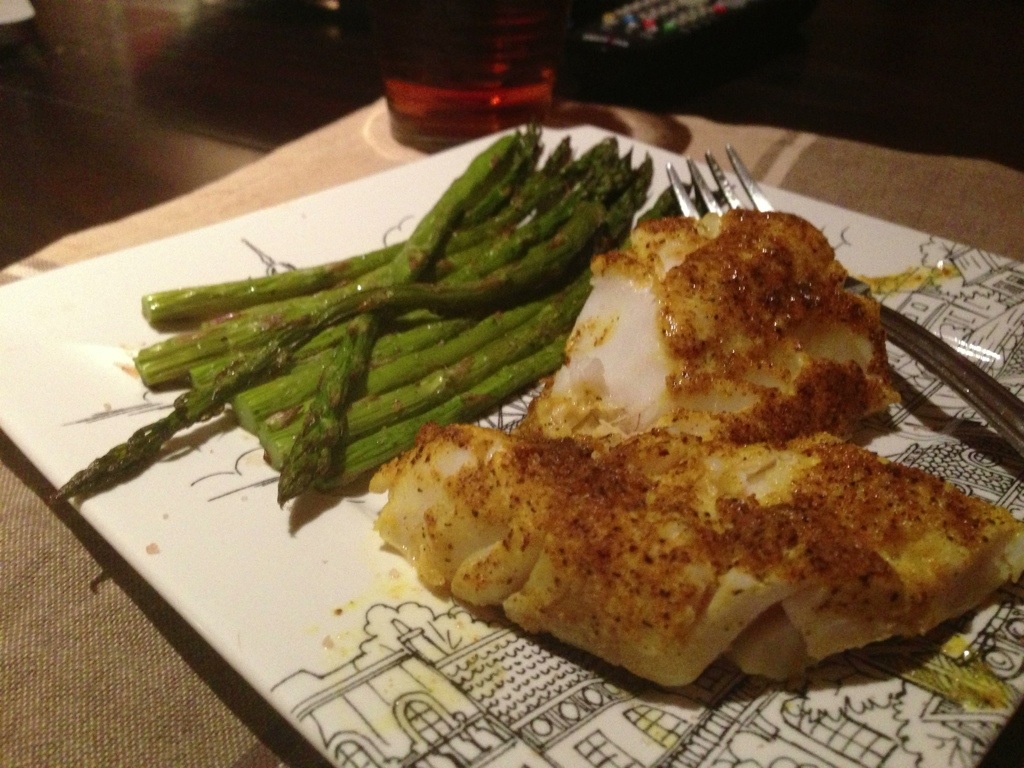 The fish and the asparagus was the easiest and most regular part of this meal. We roasted asparagus in the oven. I am not sure how long. Meredith did it. And for the fish, we just sprinkled it with Penzy'sSingaporeseasoning and microwaved it for 3:30. Of course, the fish popped a bit and made a mess but it was simple enough. Not amazing but we were in a hurry since everything else in the meal took so long. 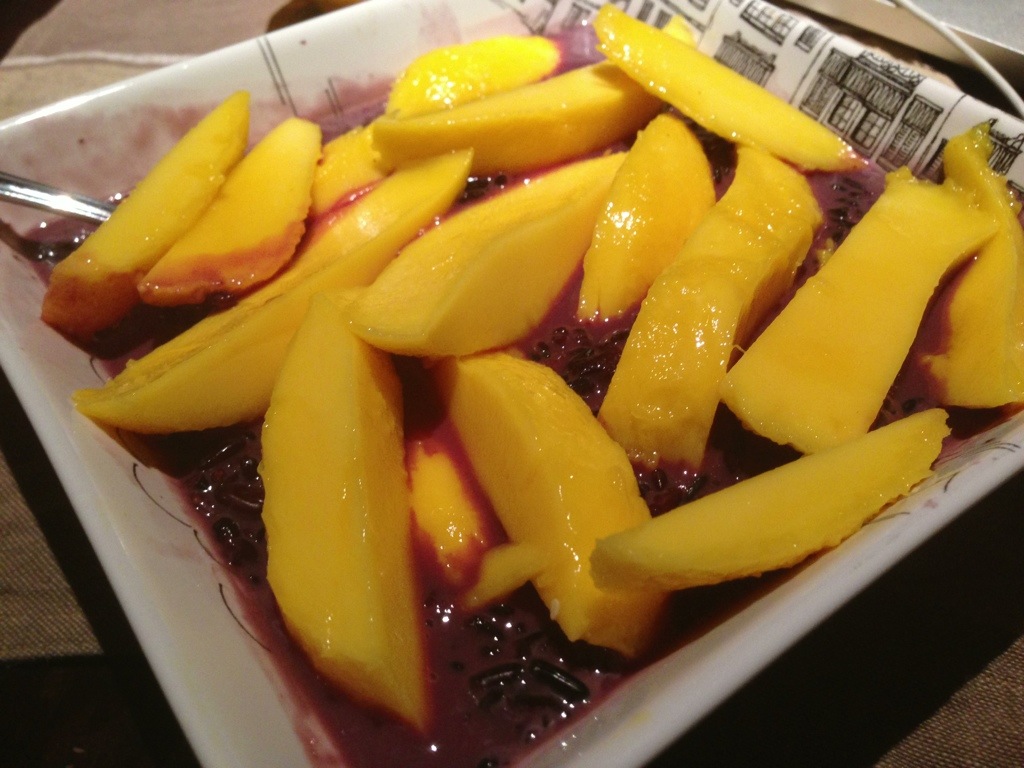 Meredith did most of the work on this so I do not know all the details. She followed the recipe below but I'll let her comment on the changes I forget. We improvised a way to steam it with a frying screen. So it was a rather loose seal. And we kept having to refill the water. We used red thai rice. We thought itwould be sticky but it wasn't really. We also strained off a bunch of coconut milk stuff after it was added since it was too much. We used champaign magos which were really good. 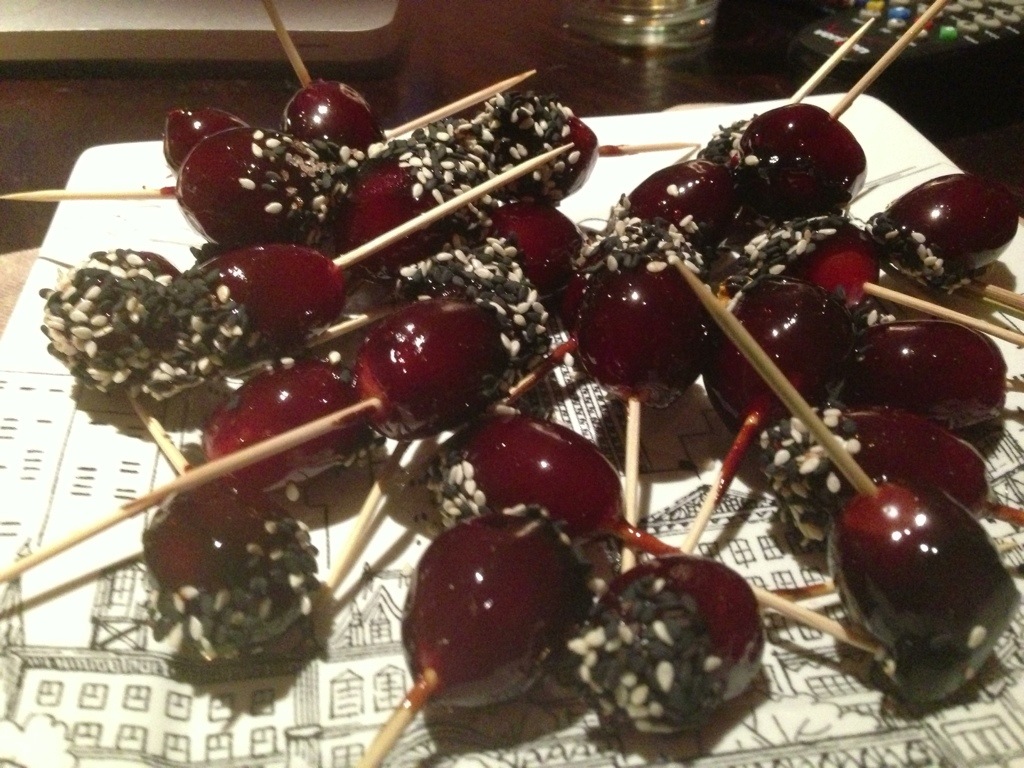 Meredith had found this recipe but i was put in charge of making it. I halved the recipe since it seemed like it would just make way too much and that was an insane amount of sugar. We also used grape tomatoes (and more than 24) instead of cherry tomatoes. But, on the note of cherries, we also dipped them in the candy coating.

I followed the (halved) recipe pretty closely but I forgot that the temperature jumps very quickly at the end. I pulled it off the burner around 315 instead of 305. We thought it tasted burned but actually, according to Exploratoriumit should have just been into the caramelization. Maybe I used too high of a temp throughout and it got a burned taste from that. Either way, they weren't incredible. Certainly an interesting idea but once you get past the crunch, it is just tomatoey. It was also stressful as we didn't realize it was truly candy making until we committed to it. The mess was pretty bad too and I thought there was no way we would ever get that pan clean, but it turns out that soaking candy stuff in hot, soapy water is sufficient