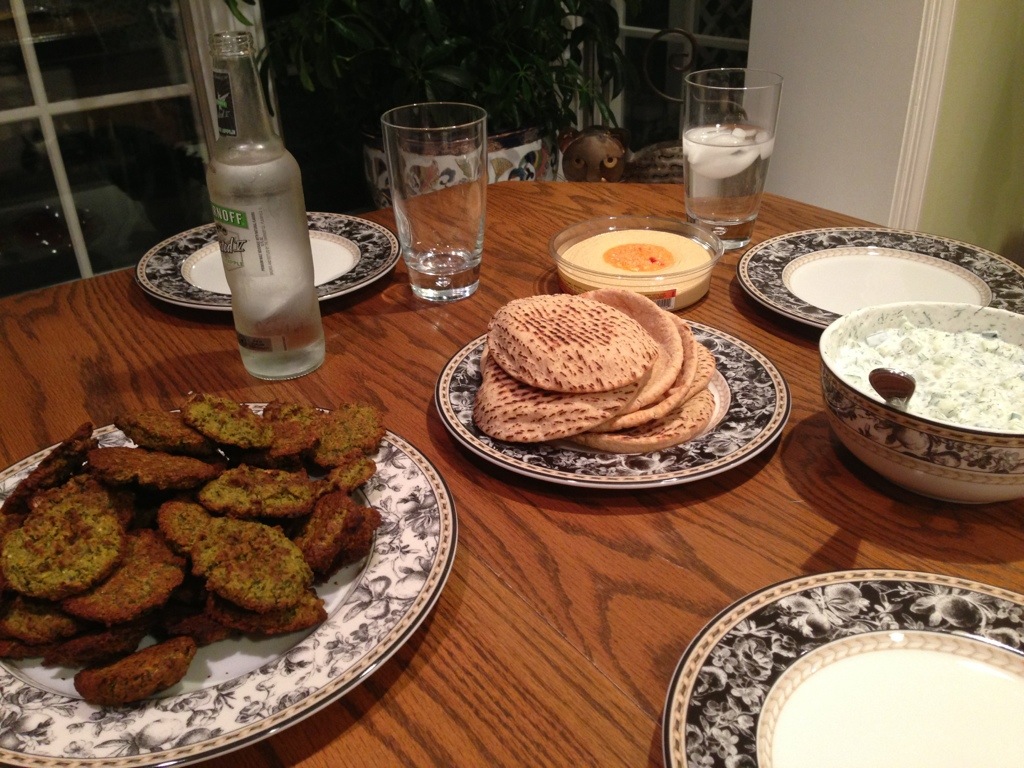 I made falafel following the regular recipe doubled. Except theparsleyand cilantro. For them, I was just more careful to get more of the leaves. The only other difference in the ingredients was that I used some choppedhyssop instead of za'atar (but that's a major ingredient).

However, it all came together pretty differently than usual. I was at my moms and used her food processor. Not only is her food processor smaller than mine, but I also doubled the ingredients. The net affect was that I had to really blend it more than chop it. So, it was a very wet dough. Basically, as you can see, they really flattened out. I also had to use non-stick Reynolds Wrap instead of a silpat.

Meredith also made tzatziki with fat free greek yogurt. I do not know her recipe but I know thecucumberwas much bigger than usual and drained less. Still, it was very good; just wetter than usual. I'll let her comment or edit this with her recipe if she wants.