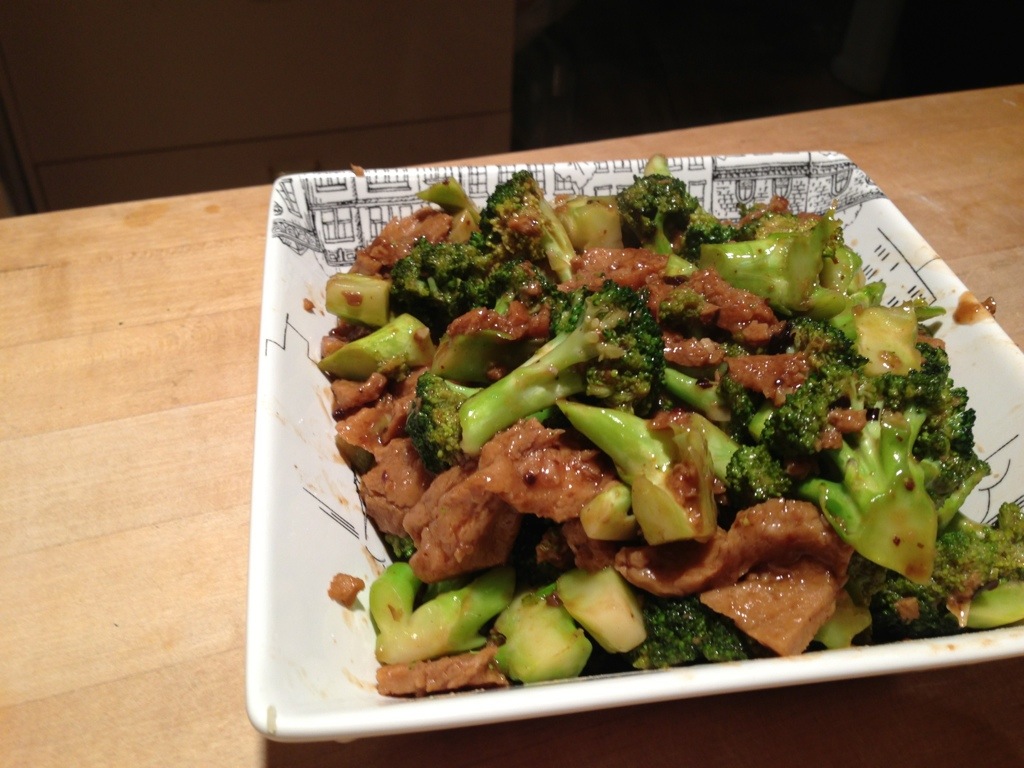 I made a vegetarian (and extremely almost vegan) Broccoli "Beef".I replaced the beef with seitan strips (and I did still marinate it in the marinade). I bought 2x 8oz boxe (the WestSoy red boxes)

Replacing the oyster sauce was harder. I made a vegetarian (and almost vegan) oyster sauce from the recipe below. Instead of mushroombouilloncubes, I used Better Than Bullion mushroom base. It has milk derivatives which is why this whole meal wasn't vegan. I used a garlic and black bean sauce instead of just black-bean. And finally, I used turbanado sugar instead of brown. I may have let it cook down a bit too much since it was rather thick but it was enough for what I needed.

Other than that, I followed the recipe pretty closely except doubled. I also used the mushroom base instead of chicken broth. I steamed the broccoli in the microwave. Alton Brown had mentioned that the microwave ruins the nutrients but based on the comments in this The Kitchn articleand the linked NYtimes article, I decided it was probably still fine. (and considering I made over two pounds, it was really the only way)

Overall, I liked it very much. The seitan did perfectly well in place of the beef. I cannot say the sauce tasted identical, but it was either pretty close and/or perfectly good on its own.

The whole meal was pretty low point-wise. There were two boxes of seitan as the main points contributor. It made 2 Justin-size meals or one Justin size and two Meredith size (she had leftovers for lunch -- It wasn't that it was_that _much food, it's just that not everyone can eat a pound of broccoli). I woulddefinitelydo it vegan (or vegetarian) again.