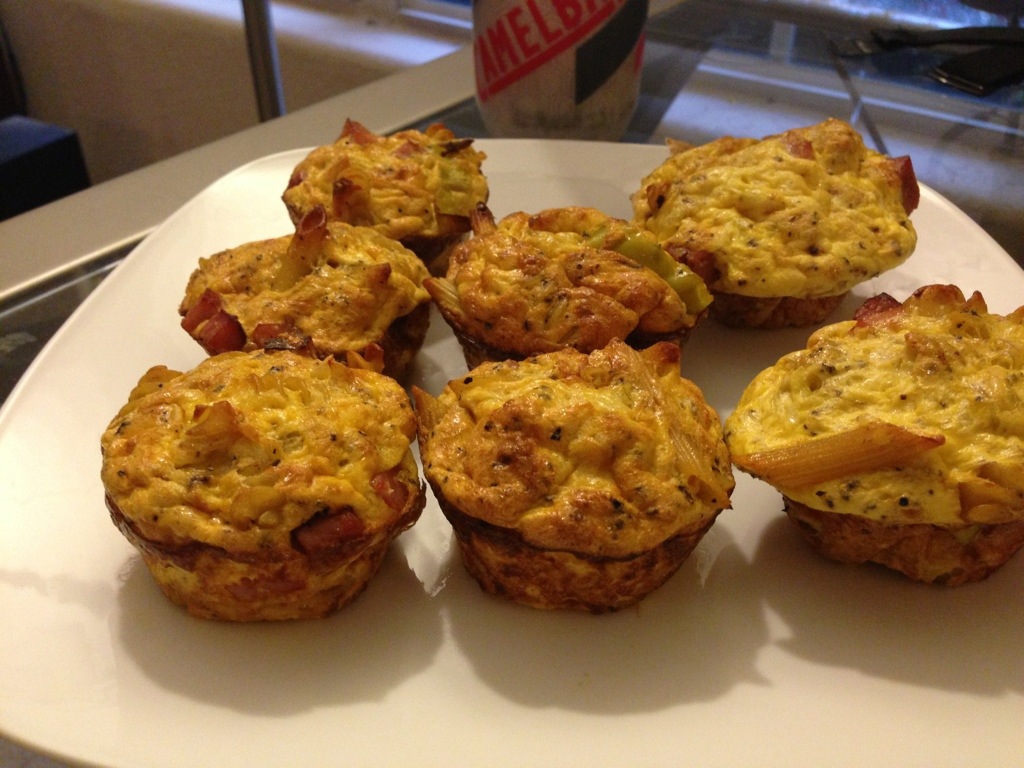 It was roughly inspired by the idea of salt and pepper kugel though I didn't actually use any recipes. I started by chopping up a ham steak into cubes, then sauteeing that with sliced pepperoncini. I then added 1.5 servings of "Plus" pasta. I also added lots of salt, pepper and garlic powder.

I put them into muffin tins (below). I then mixed up a big thing of egg beaters with more salt, pepper, garlic powder, plus a tiny bit of olive oil, and a big squeeze of siracha. That ended up being only enough for 5. So I made more of the egg mix but skipped the olive oil and siracha. Notice how much more those puffed up (right two). I cooked them at 375 for 25-30 minutes.

Overall, they were very good. Flavorful and very tasty. Maybe a bit salty, but still very good. I would do them again, though they were a bit high on points (see below) at 22. I could eat fewer of them and save it for another meal. 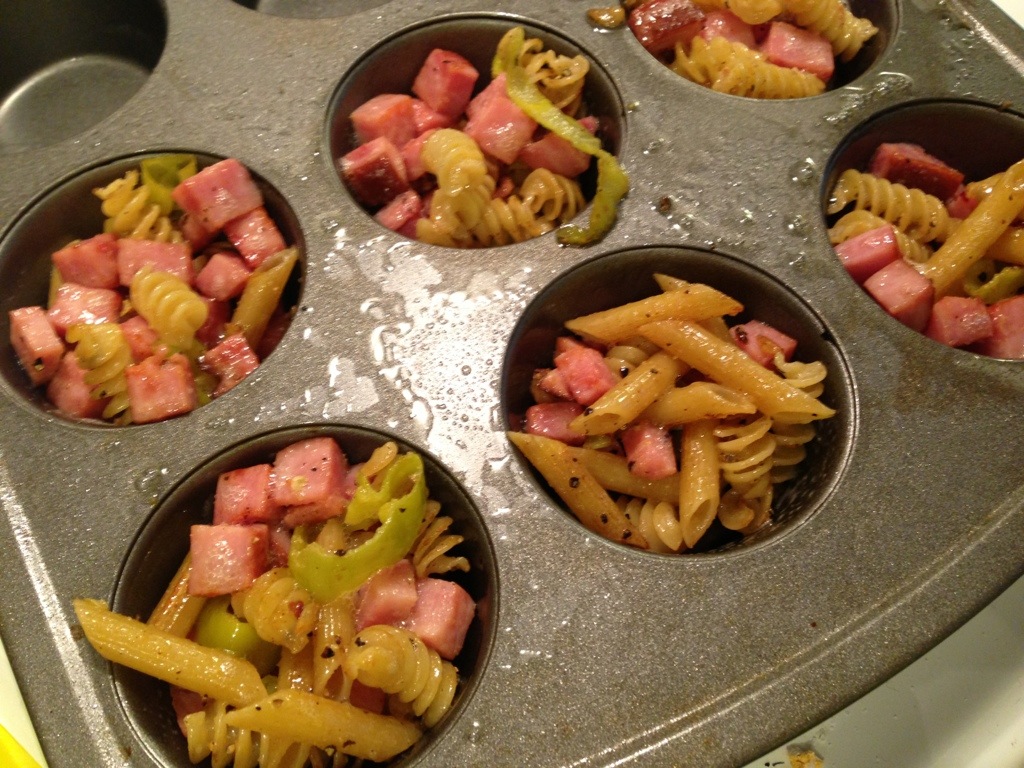