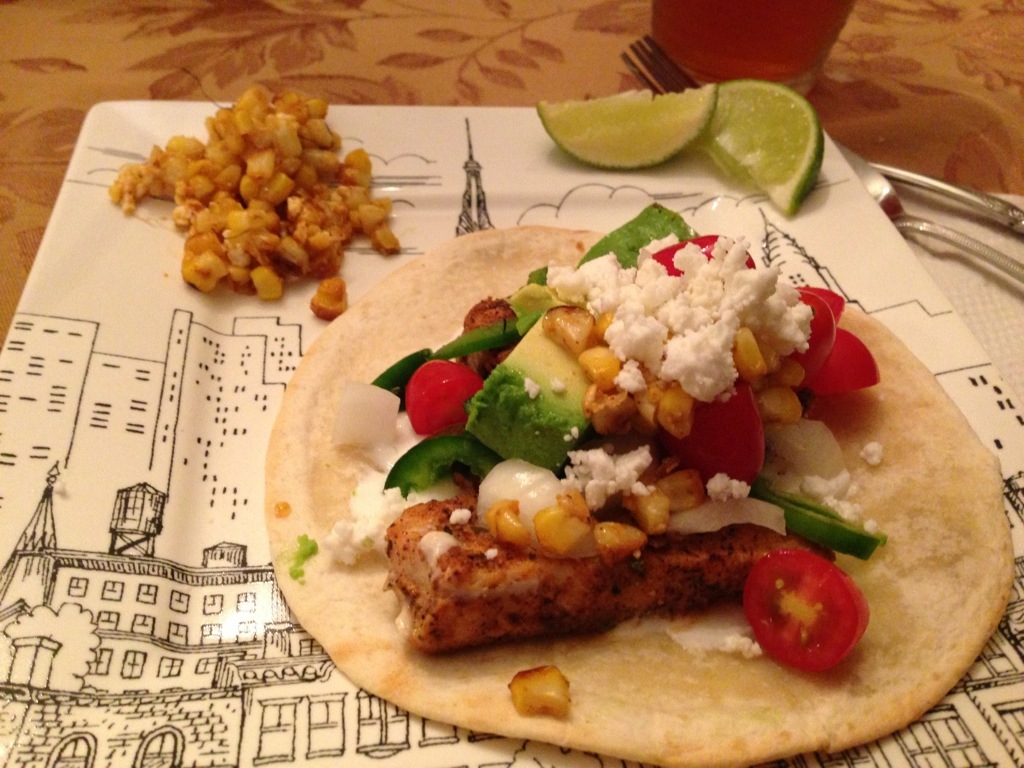 Meredith and I made fish tacos (it was a week ago so I may not remember everything).

The fish was mahi-mahi. We mixed together some flour, salt, pepper and seasonings. I_think_ it was cajun but I'll confirm with Meredith and come back. We then put the sliced fish into the mix, covered it, and shook to coat. This let us get a nice coating without using much flour. We sauteed that on the pan until it looked done.

We also made a roasted corn side/topping. We microwaved the corn in the husk for 1 min 30 sec then put it in the broiler to brown. We cut off the kernels and Meredith mixed in some salted butter (only a little), and some Chesapeake Bay Seasoning (aka fake Old Bay). FInally, she added some feta. The stuff was good, though a bit salty. I thought it made a nice topping.

We also warmed the tortillas in the oven (wrapped in Al foil) while the broiler was on. Note for next time to leave them in the oven for less time. They got too cooked. If I want to be really good, I should warm them on a dry pan but that takes too long. The microwave with a wet paper towel would work fine too.

We forgot cilantro. We'll have that next time