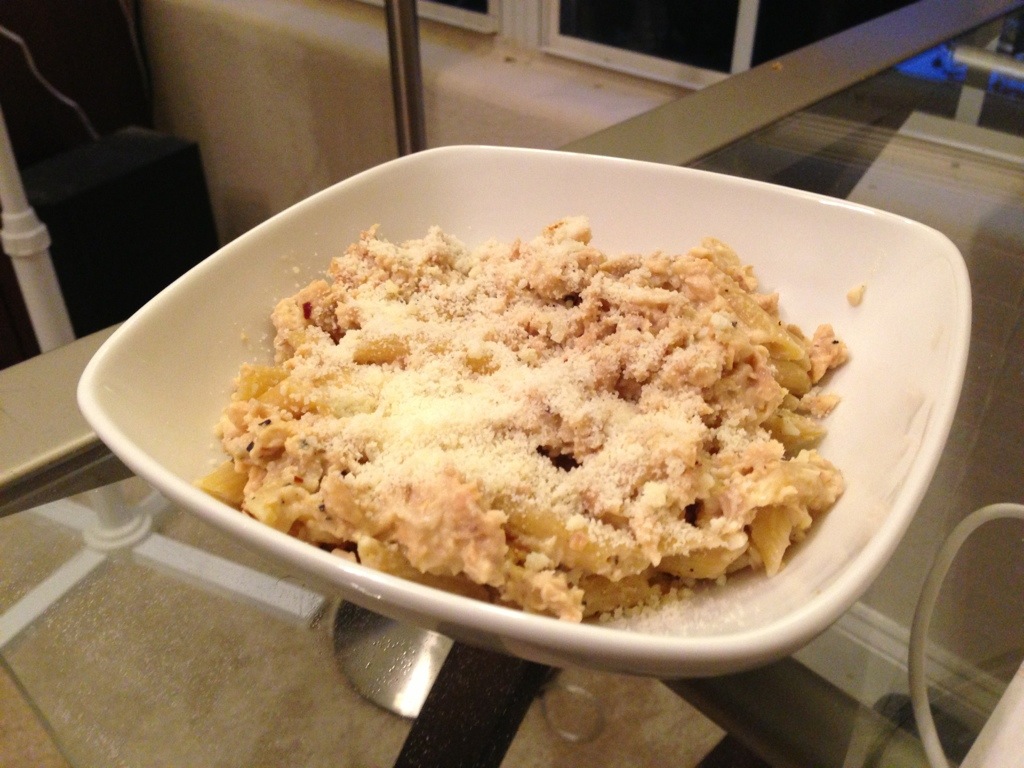 This was a pretty simple meal. I started by cooking 1.5 servings of "Plus" pasta. While that was going, I sautted a tbsp of garlic. I then added a pack of salmon (5 oz). As I mixed that, and checked on the pasta, I lightly microwaved 2 wedges of laughing cow. I added a tiny bit of almond milkto the salmon (instead of cream) and then, when it was almost done, I added the pasta along with the laughing cow. I then seasoned with salt, pepper and crushed red pepper. I tossed until the almond milk had largely cooked down. Topped with parmesan cheese

It was pretty good. The salmon wasn't incredible, but it did the job. I didn't calculate it out, but I think the whole meal was pretty low. Good carb source from the pasta and protein from the salmon