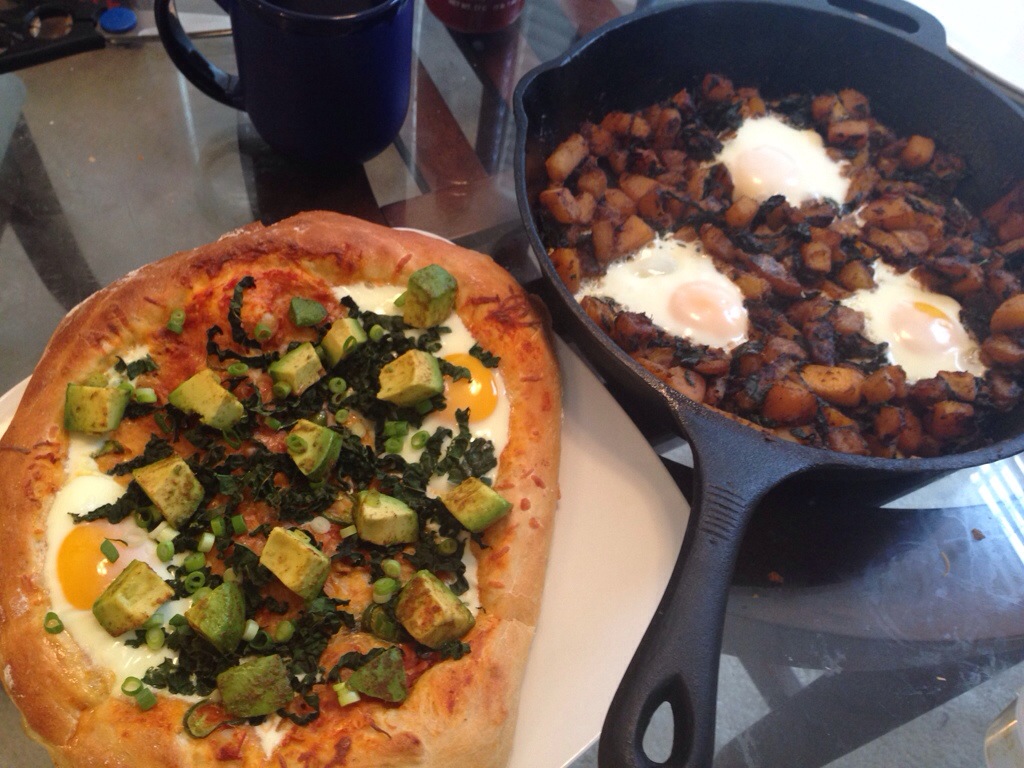 Meredith and I made breakfast for us and Emily. I made the butternut squash hash. It was pretty simple. I just cooked the squash on low to medium low (with and without a lid) until they were mostly cooked then I upped the heat to brown. We added a bunch of sliced kale about 1/2 way into cooking. I used salt and pepper but nothing else too fancy since I was preoccupied while cooking. I finally poached a few eggs into the squash and finished it on the broiler.

Meredith assembled the breakfast pizza. We started with a whole doughball but it was one of the wet from the other day. Between the texture and it being right from the fridge, it was hard to form. As you can see, it is the size of a normal pizza (made with 8 oz) but this is with 16 so it was much thicker.

The pizza was ahuevos rancheros (ish) pizza. The "sauce" was mild salsa. We first cooked it jalapenos and cheese and then about half way, added the eggs (just two), kale and then the avocado when it came out.

Both the pizza and the hash were very good. The hash could probably have used more flavor and more crisp (which is harder to do with squash). The pizza had a great flavor and texture but was too thick (as expected). I would have liked a bit more salsa but it was well within the realm of personal preference.

Overall, there was a lot of food and it was very, very good