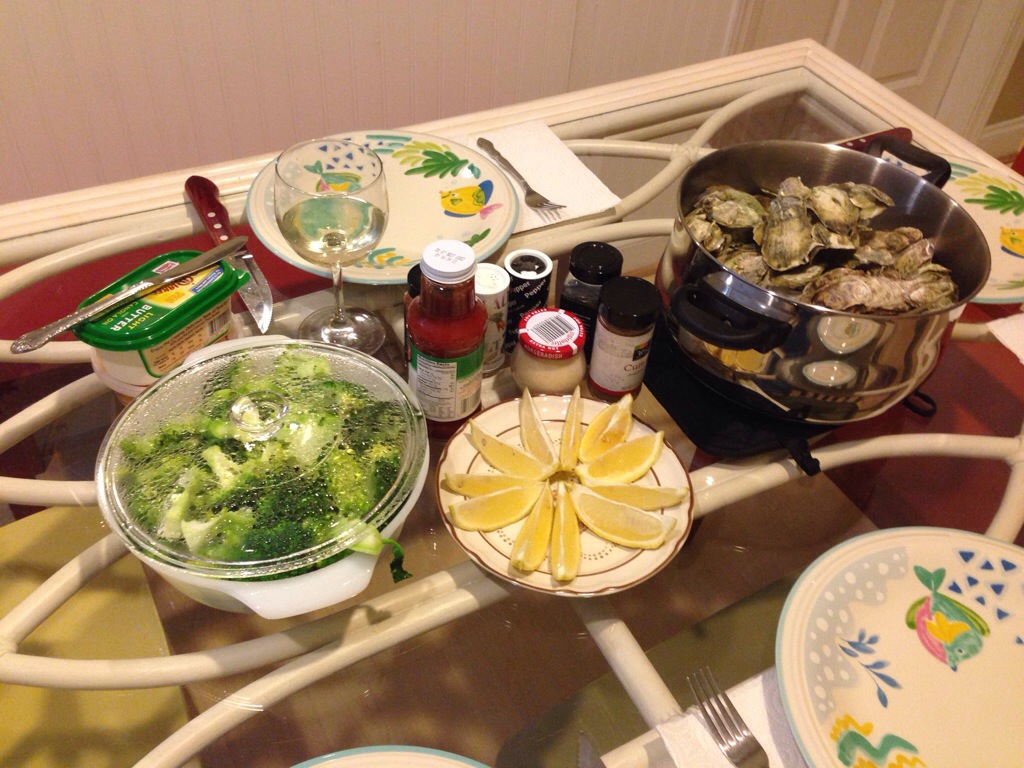 We made dinner while on vacation in Charleston SC. The main part of the meal was oysters. We bought oysters that are about as fresh and local as you can get. When we bought them, the guy showed us the boat he used to harvest them that morning! However, because of the weather conditions, he said they are not yet safe to eat raw. So, we steamed them!

It actually worked out well that we had to steam them because they were in all different shapes and sizes which would have been extremely difficult to separate, shuck, and eat without losing all the good parts.

We steamed them for about 5-10 minutes. To add a bit of flavor, we put a chicken bouillon cube in the steaming water. Most opened fine. There were a few clumps here and there that didn't open but when we pried them open, it seemed as if they were just cooked less and ate them anyway (hopefully we won't get sick!).

While less fancy feeling than eating them raw, we were more able to discern the flavor profile. We still served them with the normal sauces, etc

We also had steamed broccoli and a few links of chicken sausage (not pictured) since we did't know how filling the oysters would end up being.

Note for the future: be careful cleaning the oysters. I got two cuts on my fingers from the sharp shells!

It was a fun meal. Certainly fresh and local!

Below is a picture of the boat: 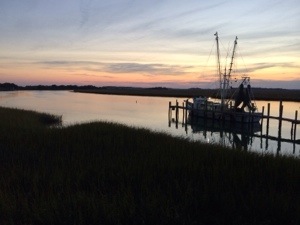