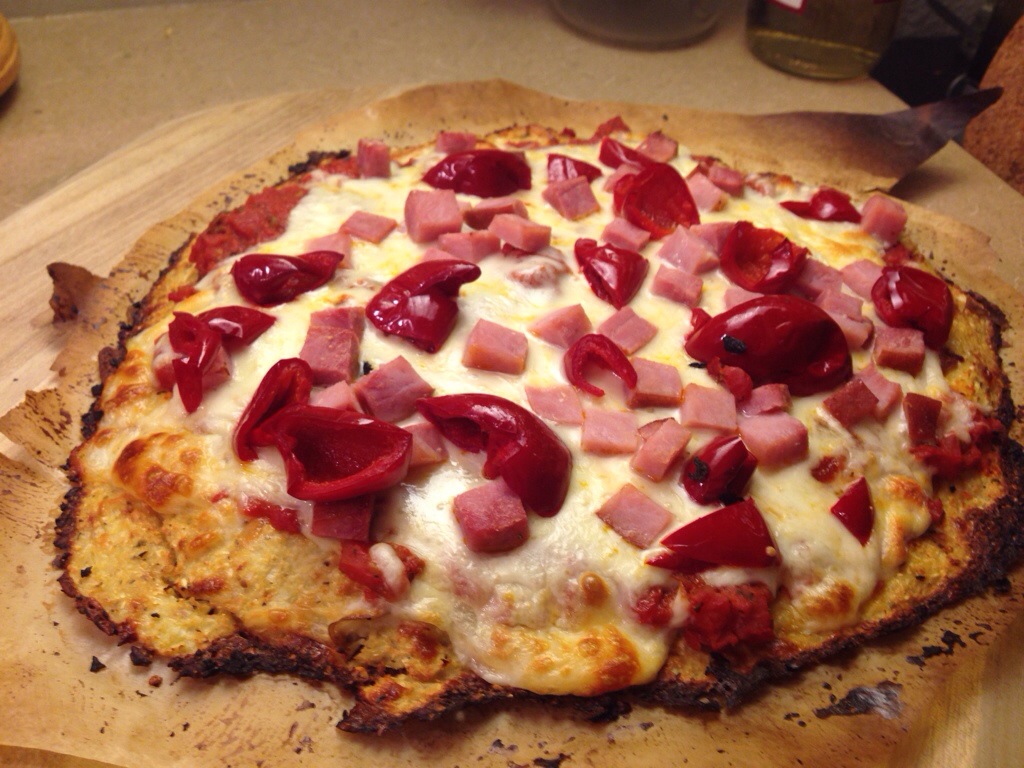 I made cauliflower dough pizza. I had seen various recipes for it in the past but I was hesitant because I though any calorie savings were negated by the cheese. But I cam across it again and realized that it was really not that much cheese.

I followed the recipe below. After making the cauliflower "sand" and cooking it, I laid it out on a pan sandwiched with paper towel and pressed it (stood on it). I wonder if that was not enough becuase it was pretty wet when I added the egg. Still, I made it as large as I thought it would fit on the bottom of my cast iron pan. Here is where I made another mistake. I should have just split it since it was a bit too thick. After I cooked it (see below), it was still pretty wet. I would have preferred it to be smaller and thinner.

Anyway, because it was so thick, it didn't really crisp very well, even though I did the first cook for about 15 minutes. I made my own sauce with 1 14 oz can of tomatoes. I immersion blended it a little bit and added oregano, a bit of olive oil and seasonings (oregano, basil, salt, pepper, etc). I also topped it with some ham (from a ham steak) and peppadews.

The whole thing was pretty good and I'd do it again but I would improve it as I mentioned above. I had to eat it with a fork a knife but hopefully I won't have to next time if I cook it well. I do think that the idea is pretty cool, even if it will never be as good as the_real_thing. 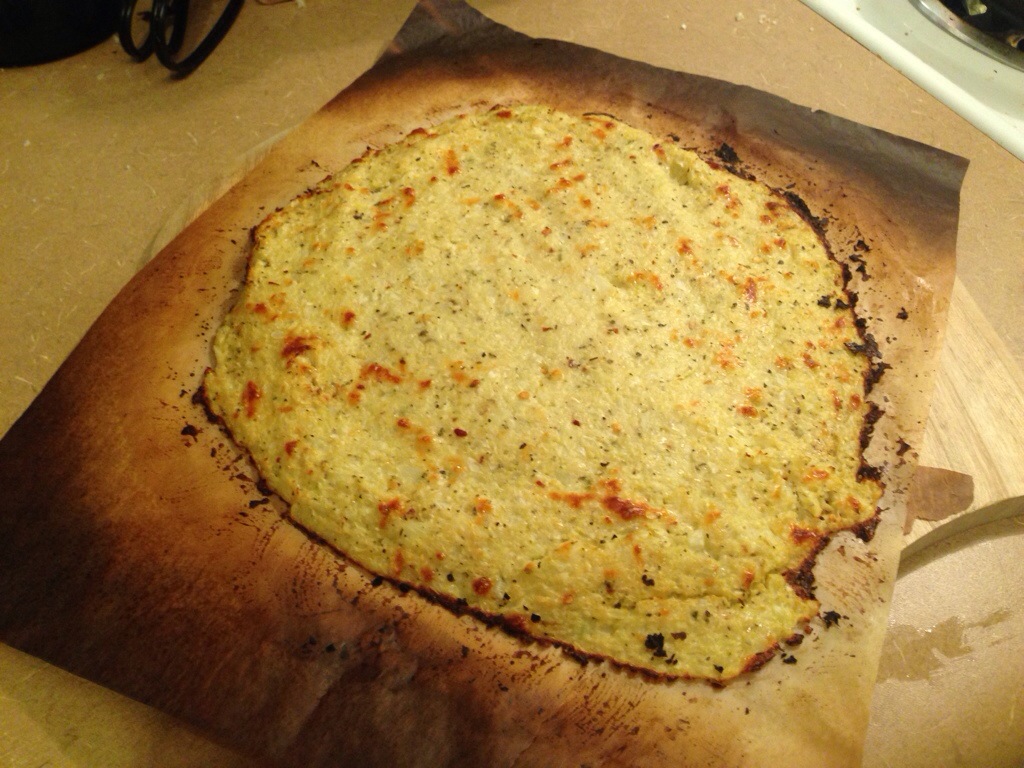