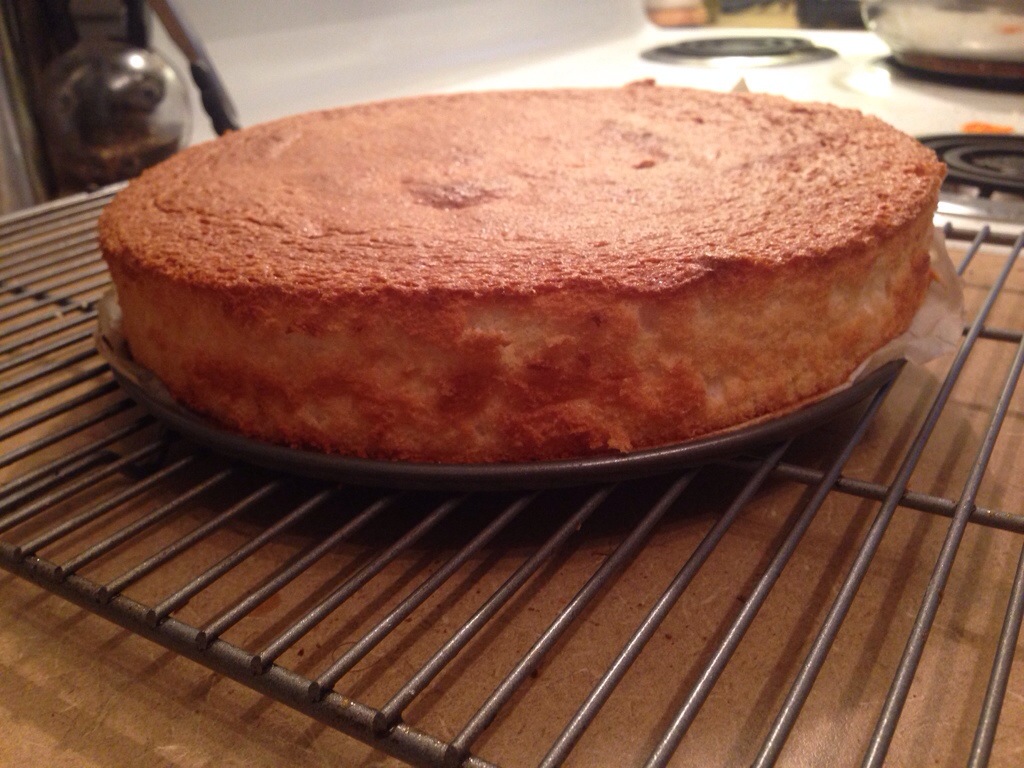 I made angel food cake. I had 4 leftover egg whites and other eggs I wanted to use up. I got the recipe from the book Ratiowhich is all about the ratios in baking/cooking. The basic Angel Food Cake ratio is 3:3:1 Eggwhites:sugar:flour. Plus a bit of lemon juice and cream of tartar while beating the egg whites and vanilla at the end. (Added 2017-07-16: Angel Food Cake).

I used 254g egg whites (from 8 eggs) so the rest scales. This is my first time making this cake and Ididn't know what the expect. I also know you're supposed to use a tube pan but they said that a spring-form pan would work. I actually clamped it over parchment paper (and then released a bit, pressed out the air, and clamped again). It still rose up enough and seemed to work fine.

I followed the directions including folding the flour/sugar into the eggs but when I poured it into the pan, I realized I had missed a good amount of flour. So I had to fold the egg white_sinside_the pan (and I then whipped it).