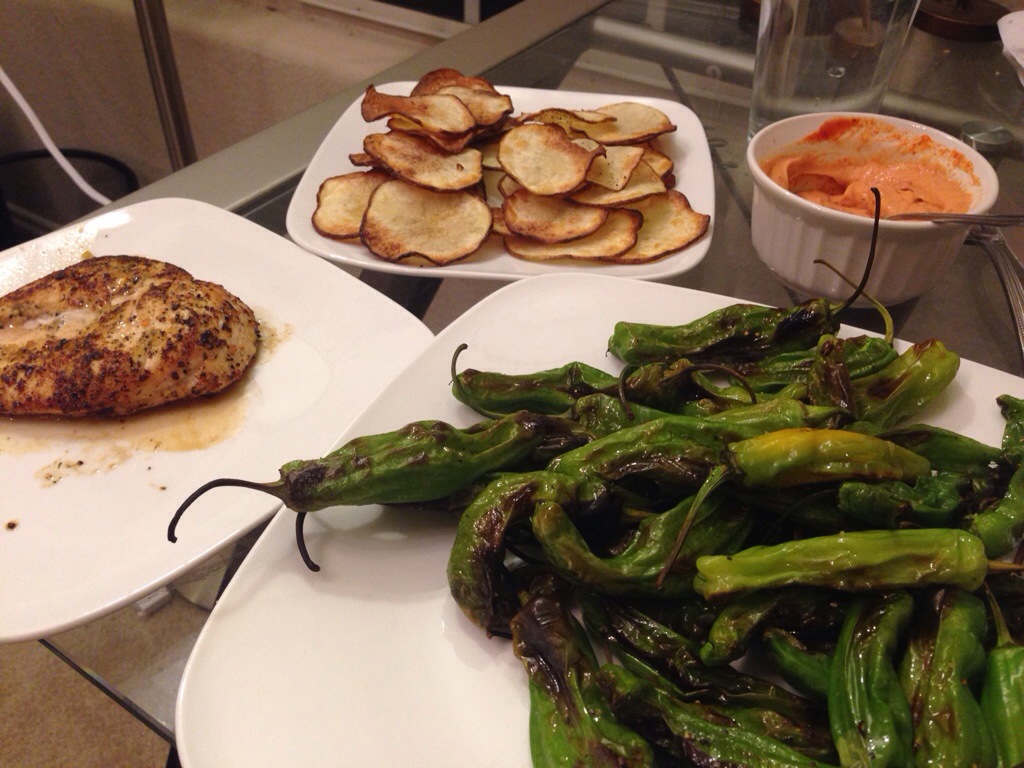 This was a big but not-too-difficult meal. I made roasted crispy potato chips (with some experimentation), Shoshito / Twist Peppers (with dip) and a sauteed chicken breast.

I have been trying to perfect roasted potato chips and I think this is the closest I have come. I was inspired by the technique for crispy roasted potatoesso that was the basis. I sliced a russet potato into 1/8" slices (second-smallest on the mandoline) and I put them into_rolling_ boiling water with a bit of vinegar and salt for 3.5 minutes. I wanted to make sure I was fully boiling since the time was pretty low. I drained the water, and rinsed them with cold water. I blotted them dry and placed half on parchment paper directly on the dray and half on a cooling rack (see photos below). I sprayed them with pam and the topped them with salt and pepper. I roasted them at 450 for 10 minutes, flipped them, and did another 10.

First of all, the ones right on the pan were crispier. For some reason, the ones on the cooling rack were crispy on the outside but less so in the middle. The chips in general were great! They were the best ones I have ever done in the oven. I wonder if a lower temperature for longer would be better next time? Some were a bit burned. And Iwouldn't mind them drying out more. And next time, I'll skip the cooling rack

(This has been added to My Recipe Book)

Meredith and I have had shishitos before at a restaurant and really liked them. We finally found them at an asian supermarket and I brought some home. I roasted them following the directions from Love and Lemons. I did the following:

Layed them out on a tray with Aluminum foil. Sprayed them with pam and topped them with salt and pepper. I sealed it with more aluminum foil and roasted at 450 for 5-7 minutes (I did 7). Then I turned on the broiler, removed the aluminum foil and broiled them. The recipe calls for 2 minutes but they didn't seem done so I did them for 4. Next time, 3 would suffice.

They were pretty good though not as good as the restaurant. I have some left so I will experiment. Many websites call for doing them in a cast-iron pan instead of the oven/broiler. I'll investigate that.

For the Shishitos: Wrap the peppers in foil with a bit of olive oil and salt, and roast in a 450 degree oven for 5-7 minutes. Open the foil, turn the heat up to broil, and continue roasting for another 2 minutes, or until they begin to blacken and blister.

I had them with a dip I'll explain next.

I threw together a dip with the ingredients you can see in the picture. The base was low fat mayo (which apparently has a "best by" of over 15 months ago. Oops. Oh Well...)

The dip was okay. Nothing too fancy but it served the purpose. I actually really liked it on the chips

The chicken was pretty straight-forward. I flattened out a breast and I topped one side with salt, pepper and Trader Joes 21 Seasoning Salute. I cooked it in a frying pan, seasoning side down, and then seasoned the other side.

Nothing too fancy with it but it was surprisingly good. Not dry and it had enough flavor. I would do it again.

I figured I would include some photos as I went. 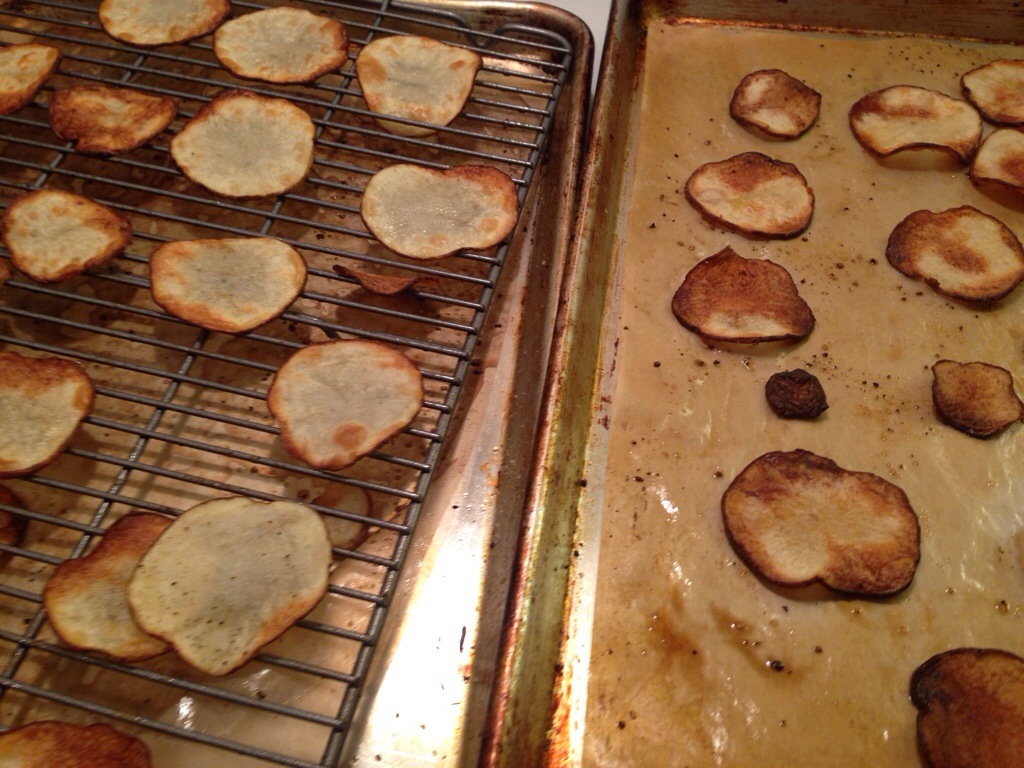 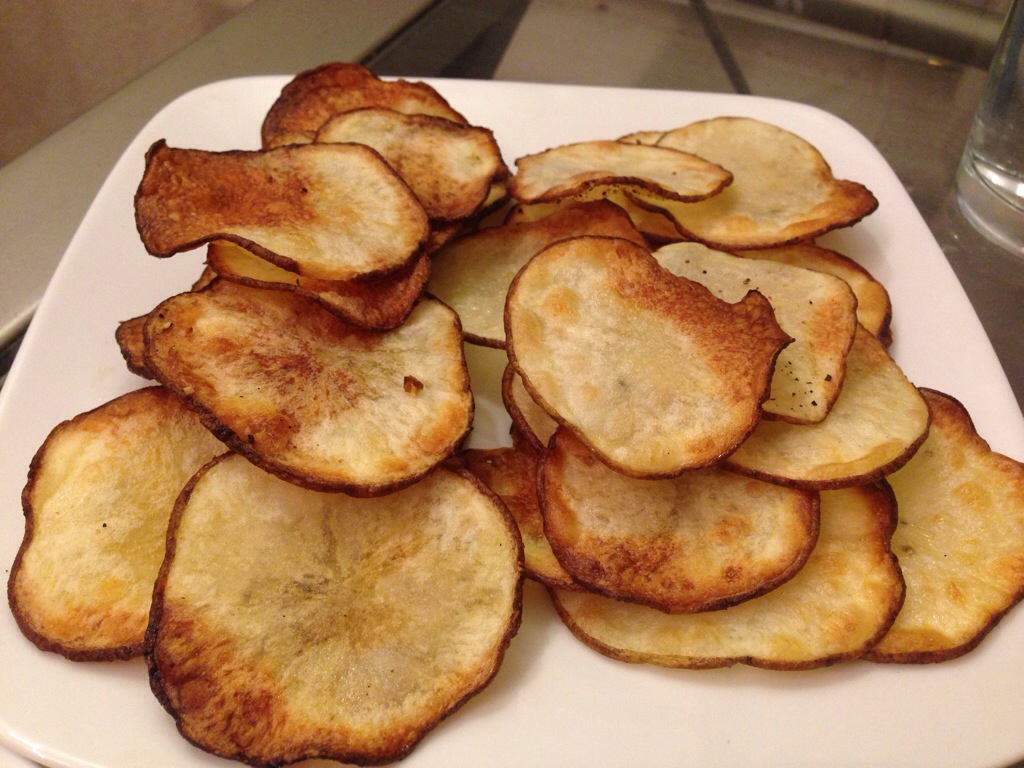 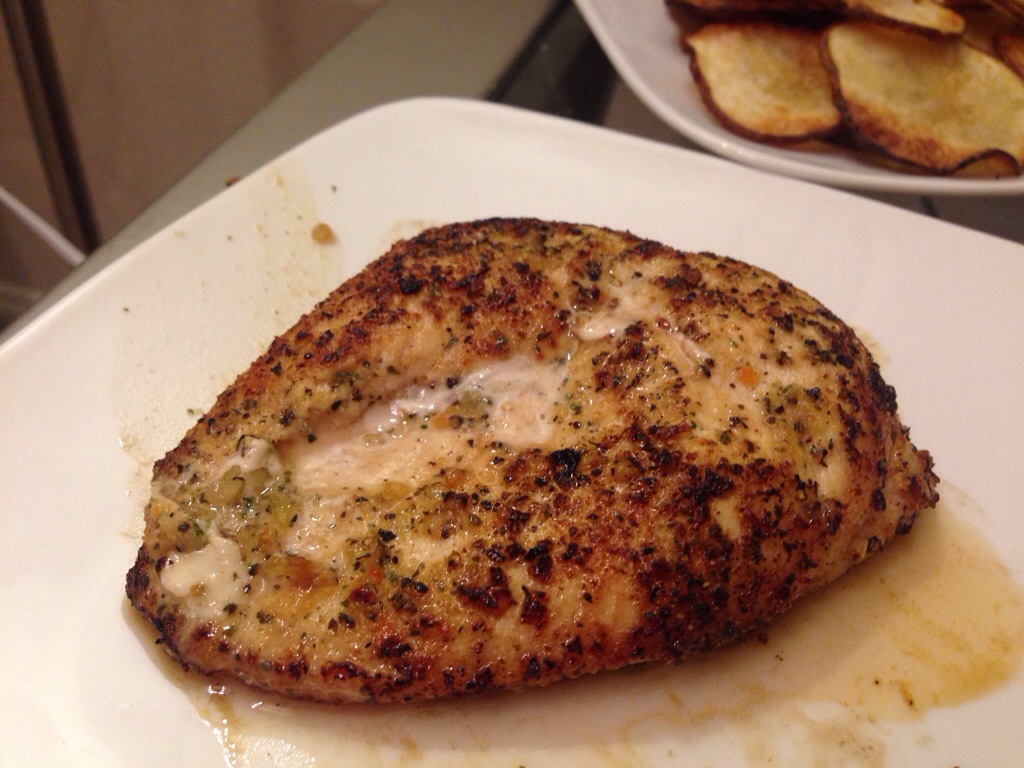 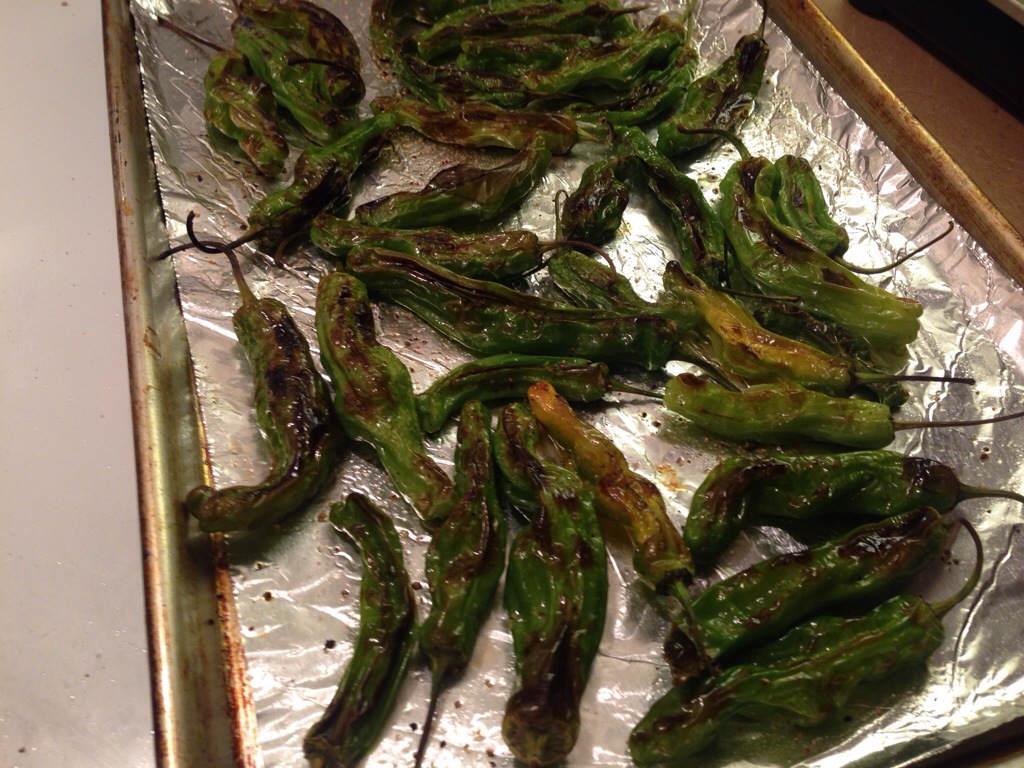 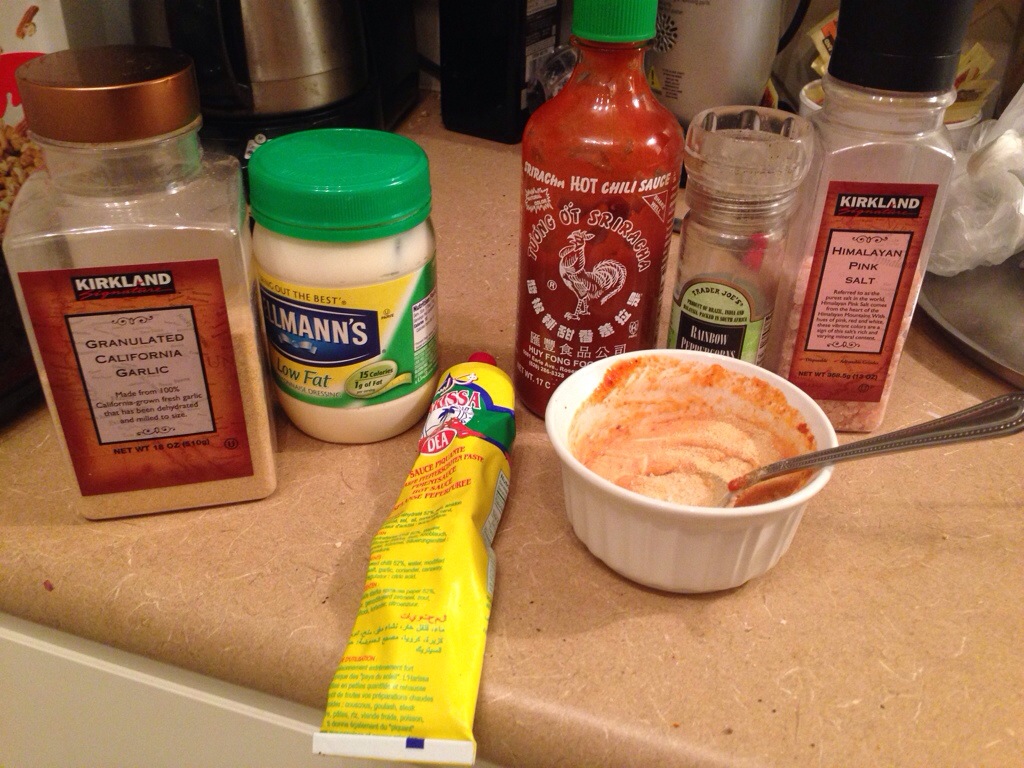