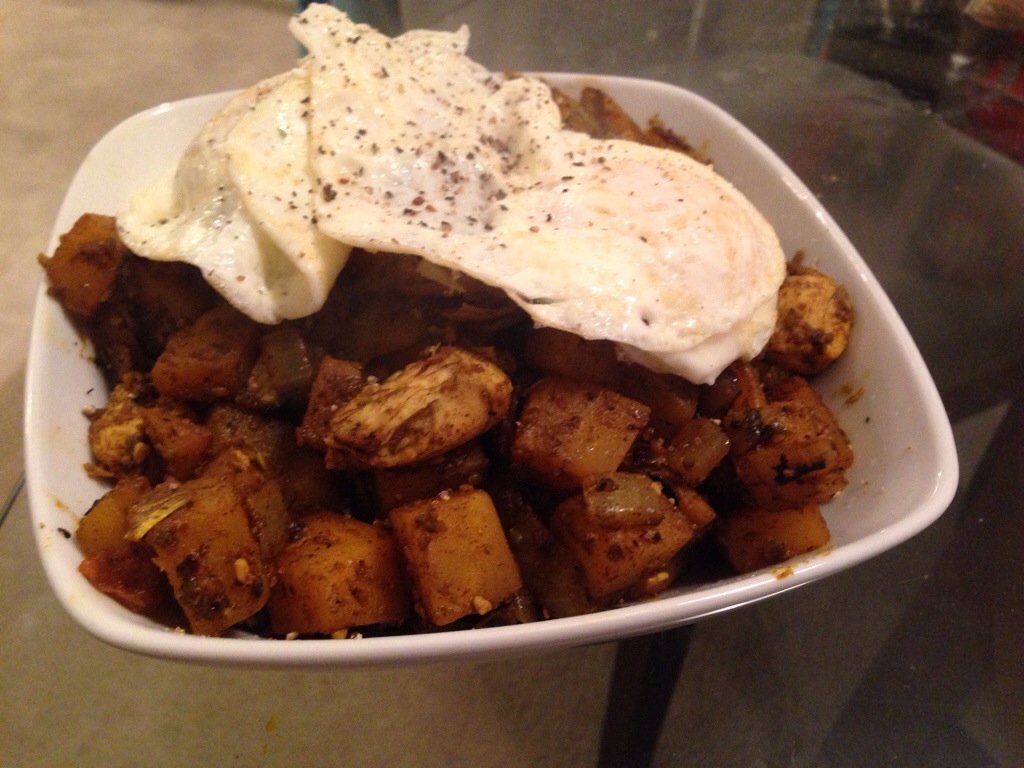 I made chicken hash with rutabaga instead of potato. I followed the recipe pretty closely including the seasonings and timings. The only things I did differently was I added a bit of extra broth to the pan before the chicken went inbecause it was getting too hot and cooked. I also added a chopped tomato since I had it.

It came out really good. Lots of flavor and pretty easy to make. I should put this into more standard rotation.