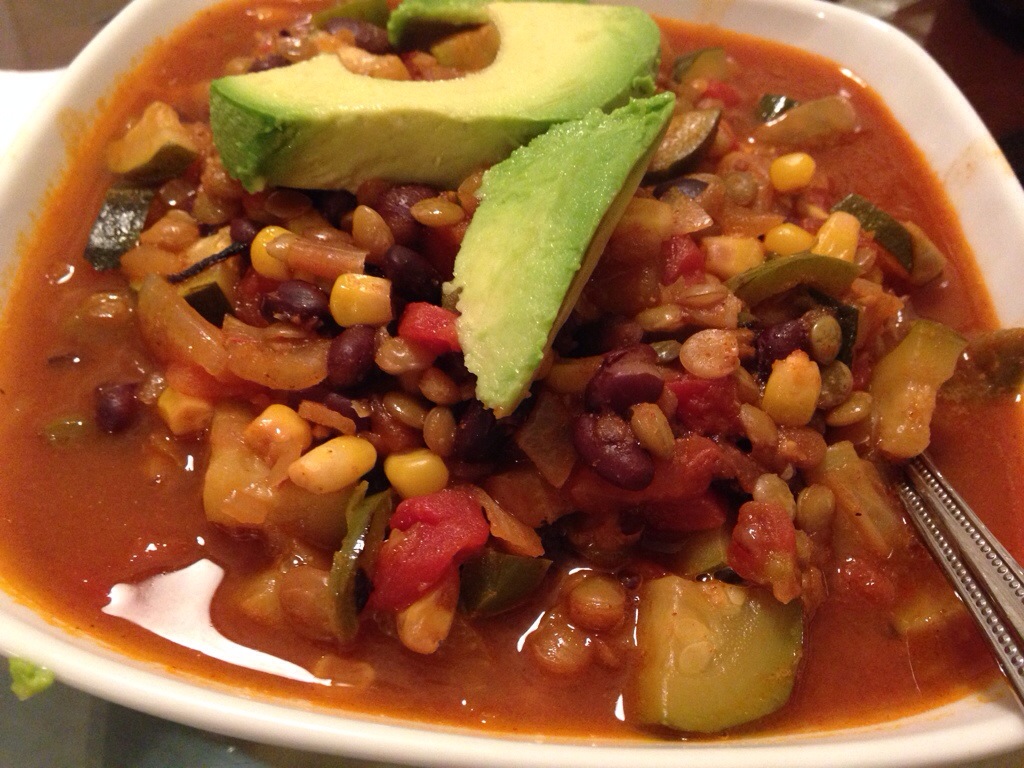 Meredith and I made the pretty standard lentil taco stew. We went a bit heavy on everything to make a bit more. We also tried an experiment: we had some leftover bacon fat from the morning so as used that. It made it smell good but the flavor was a bit out if place.

We also separately sauted two jalapeños (forgot them sooner) and added that. It made the apartment fill with jalapeños burn. Ouch.

It made enough for two dinner and two lunches.