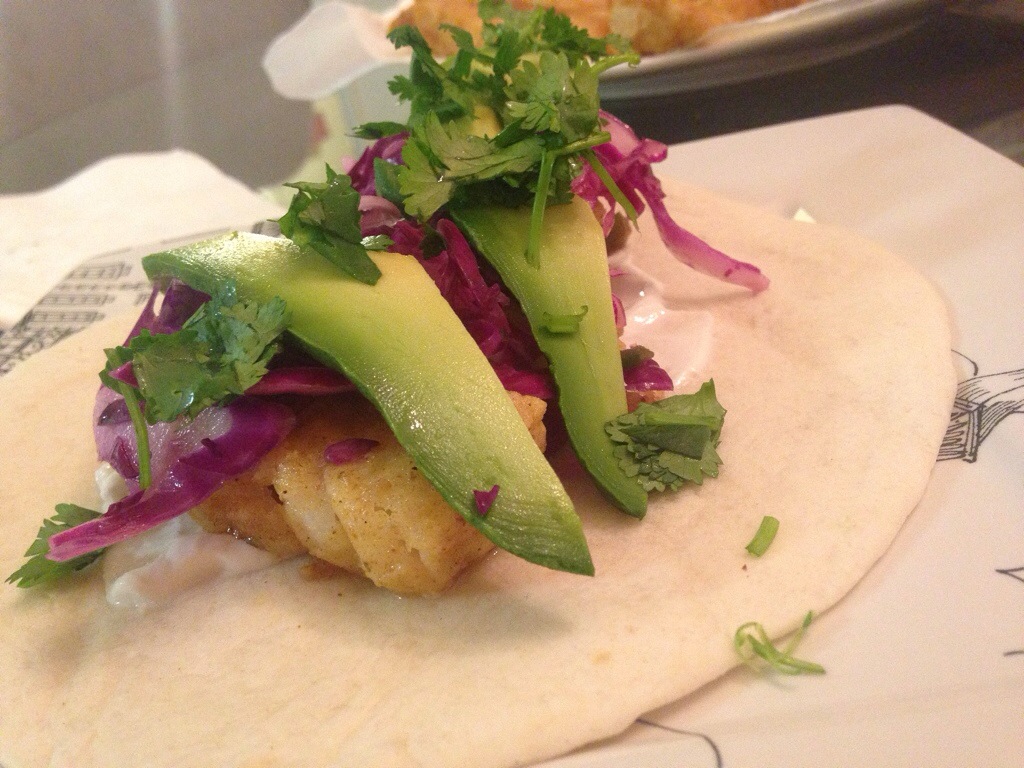 Meredith and I made fish tacos for dinner.

We used cod which we pan-fried. I mixed a bunch of cumin, cajun seasoning, cayanne and (not enough) salt into about a cup of flour and tossed with the fish. I then pan fried it in canola oil. One problem is that our stove is just slightly off-level (I need to fix that) so I needed more oil than i would have liked to coat the pan. And, it was, in general, more oil anyway than I like to use in cooking. So next time, we broil it. I was very uncertain on how much to cook the fish but it actually came out pretty good, though it needed salt.

We also topped the tacos with cabbage slaw, avocado and chipped clinatro. The slaw is from the recipe below except that we doubled it (lots of cabbage), used regular onion, used fresh lime juice, and used red cabbage. Also, we let it sit for a long time since we postponed our original meal plan. It was pretty good but I would still look for different recipes for next time. My tacos had greek yogurt too.

For the shells, we used small 6" flour tortillas(78 cal/tortilla). Meredith correctly pointed out that we would likely use the same number of tortillas no matter the size so we bought the small ones. I think they make a whole wheat version so we'll look out for that one. Also, next time, I want to take the time to heat them on the stove instead of the microwave. They come out really good like that

Southwestern Slaw (from The Culinary Institute of America)

**local copy** -- password is the name of my dog, all lower case