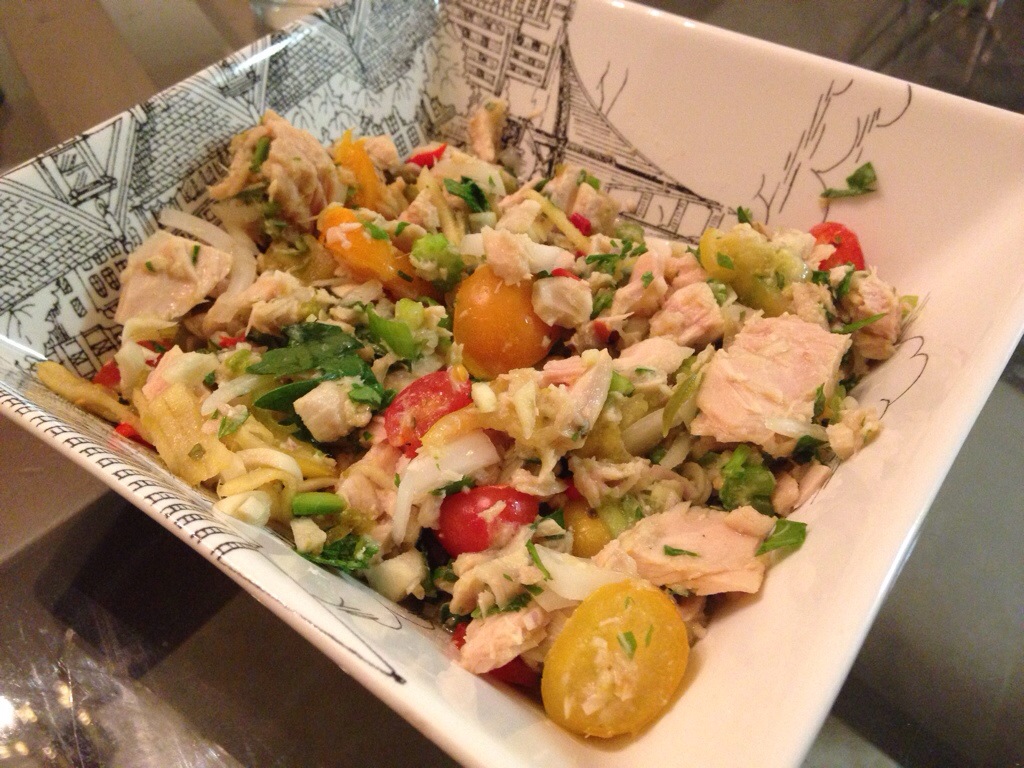 Meredith and I made Thai Tuna salad from the recipe on page 54 of Pok Pok.

We stayed pretty true to the recipe. We doubled it with the only changes being:

At first we were worried that it would be too fish-saucy from the smell, but with it all mixed in, it was actually perfectly good. The meal itself was delicious. Probably one of the better things I have ever made with canned tuna.

Recipe from PokPok. Local copy -- password is the name of my dog, all lower case)