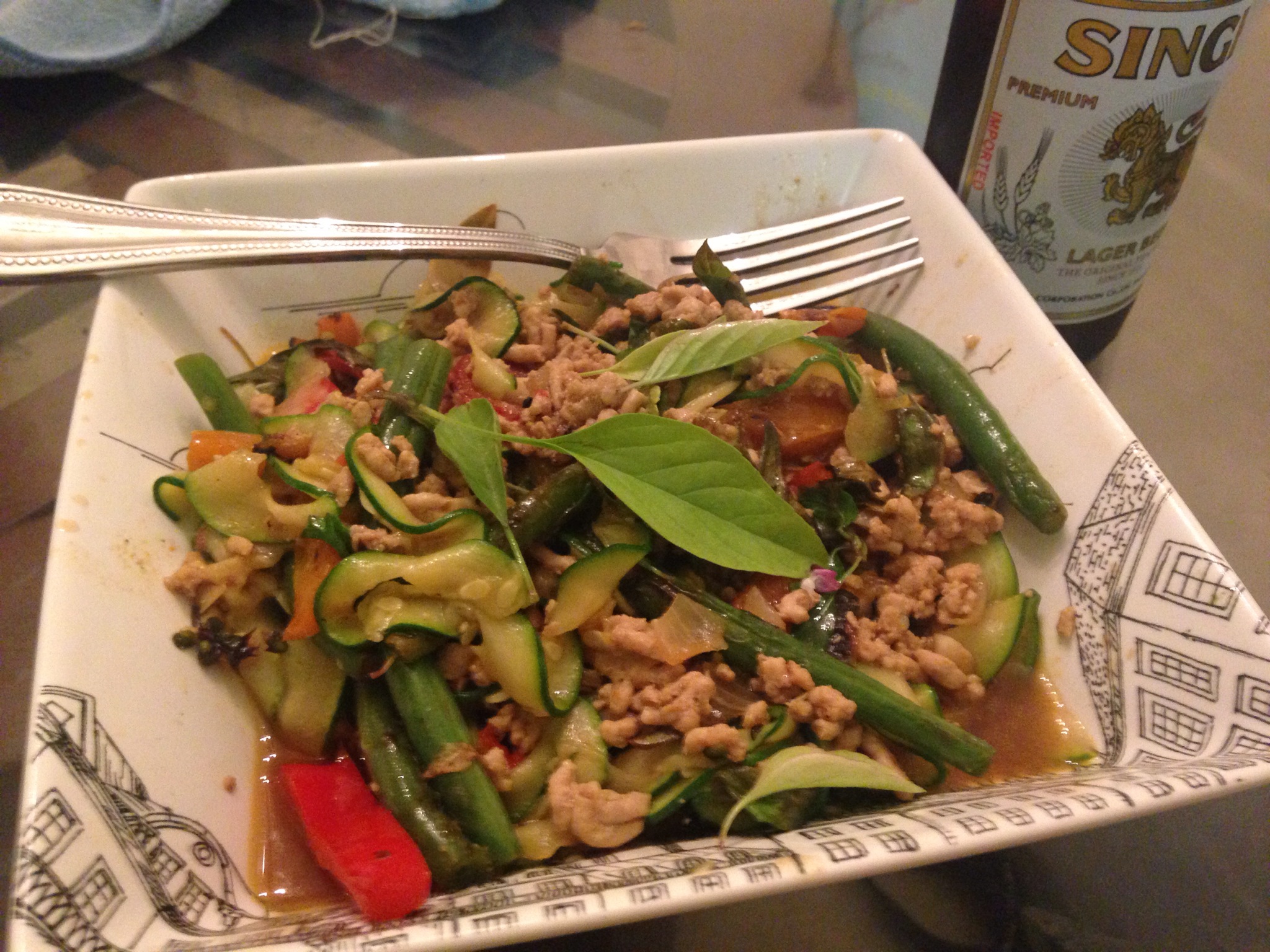 Meredith had suggested we make something with a lot of Thai basil since she wanted to take hers out of the garden soon. She came across a recipe for Drunken Noodles (Pad Kee Mao) and we decided to use it with zucchini ribbons instead of noodles. The recipe is linked below and I stayed pretty true to it. The biggest changes (besides the noodles) were

I had everything prepped so it was pretty easy. I first started the garlic and shallots on medium high heat instead of the highest. I had experimented with something before and the garlic just burned immediately so I wanted a lower heat. I then added the pound of ground (lean, free range, organic) chicken. I am not sure why it got so liquidly but I had to drain the liquid from the a few times.

The recipe said to push the chicken aside but I removed it and did the veggies (w/o the zucchini). Once they were done (took some time), I combined the chicken, veggies and sauce and tossed with heat until it was well incorporatedand boiling.

I followed the recipe and added the "noodles" (zucchini ribbons cut about 8 inches) and then mixed. This was a small mistake as it ended up cooking down the zucchini a bit too much. It had a good texture but no bulk. Next time, I will do the basil but not mix with zucchini until it is served so they warm but not get cooked. I did like using the ribbons. They had a cool look and a nice texture.

Anyway, the meal was actually really good! You could really taste the brightness of the fresh lime juice with the salty and savoriness of the oyster sauce and fish sauce. Cooking it nearly killed us as the Thai peppers made breathing really painful but the final dish had a nice but nowhere near overpowering spice.

I made three portions. We ate two and 1 is leftovers. Also, we served it with a Thai beer brand 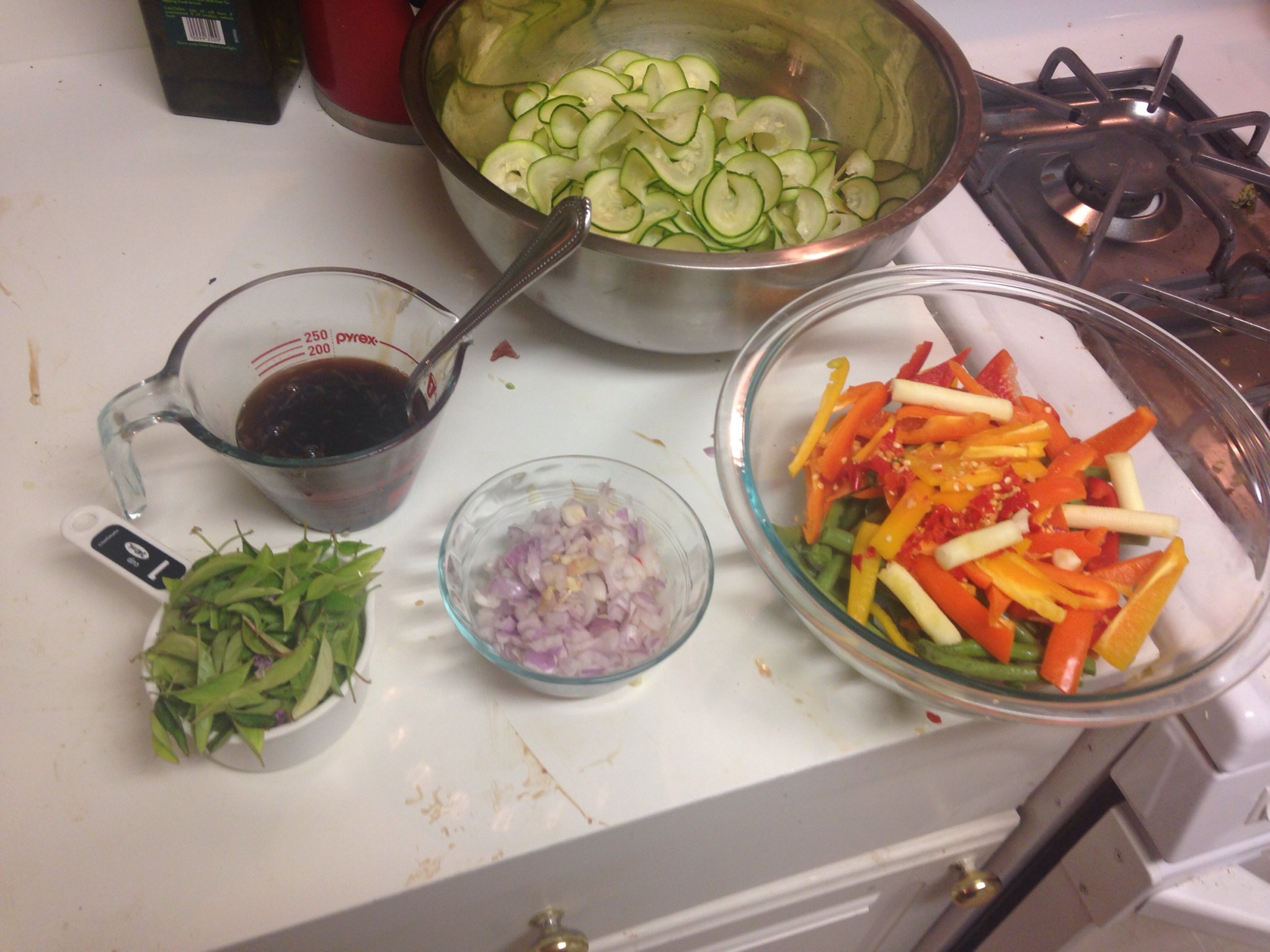 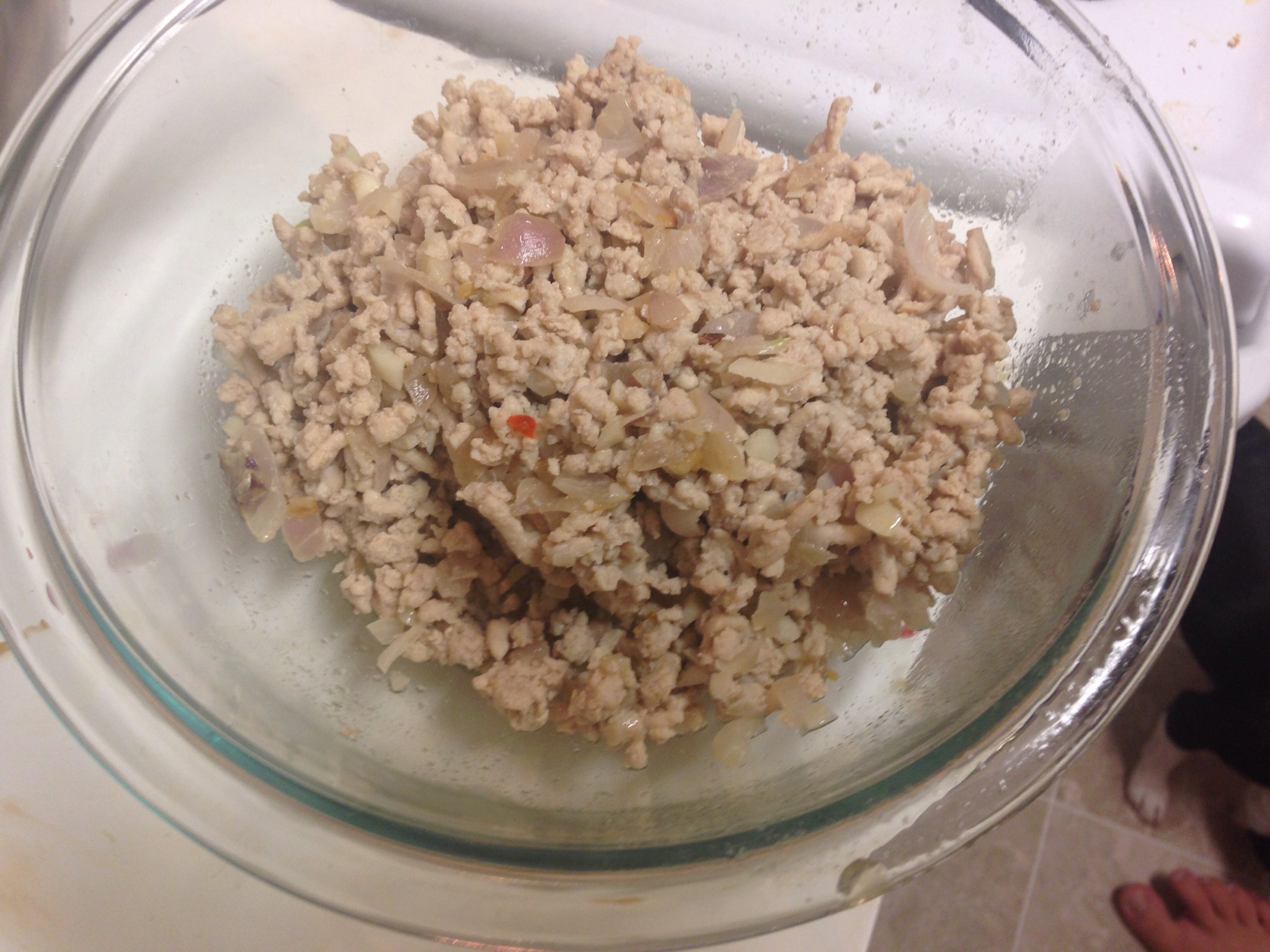 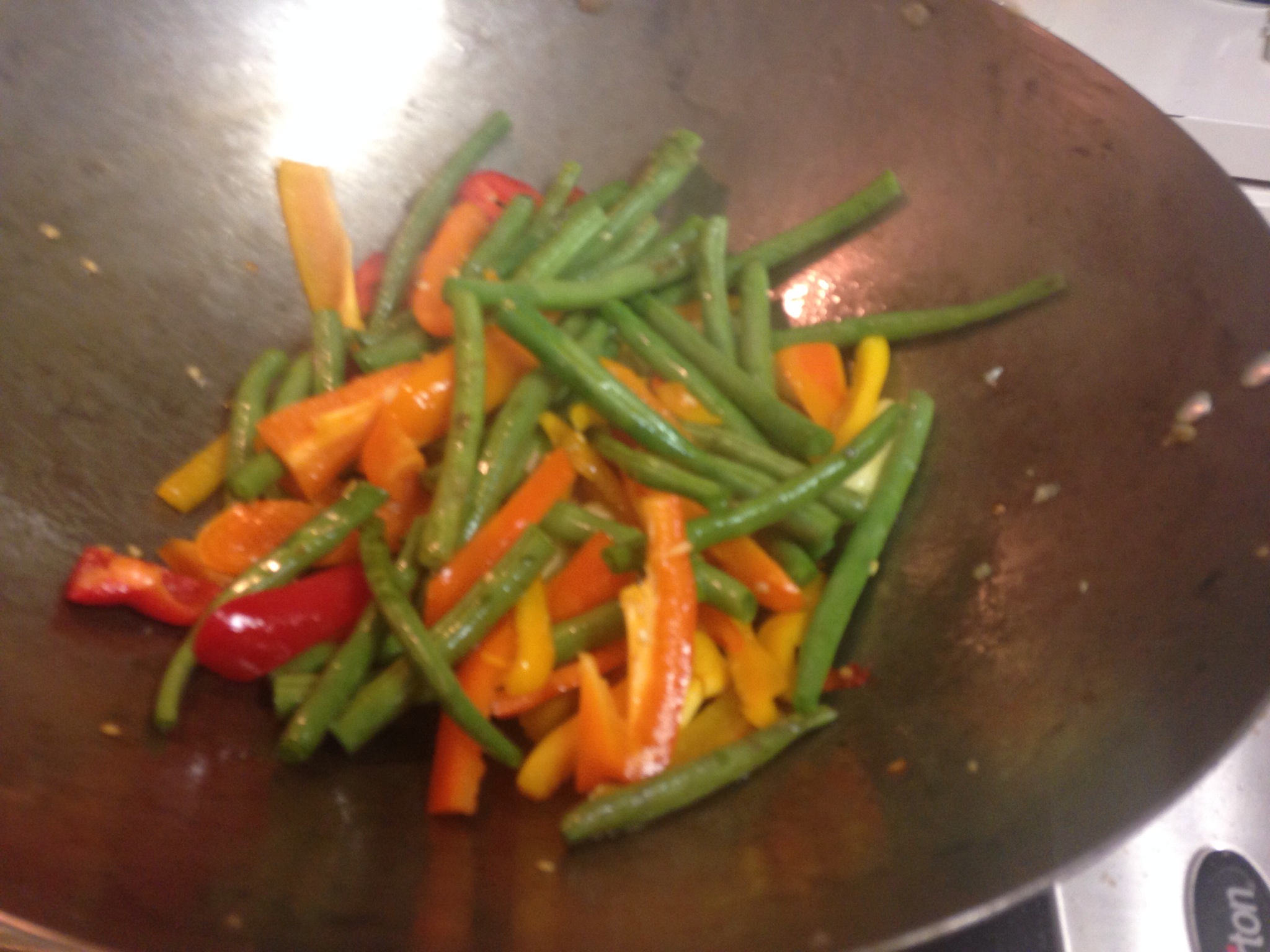 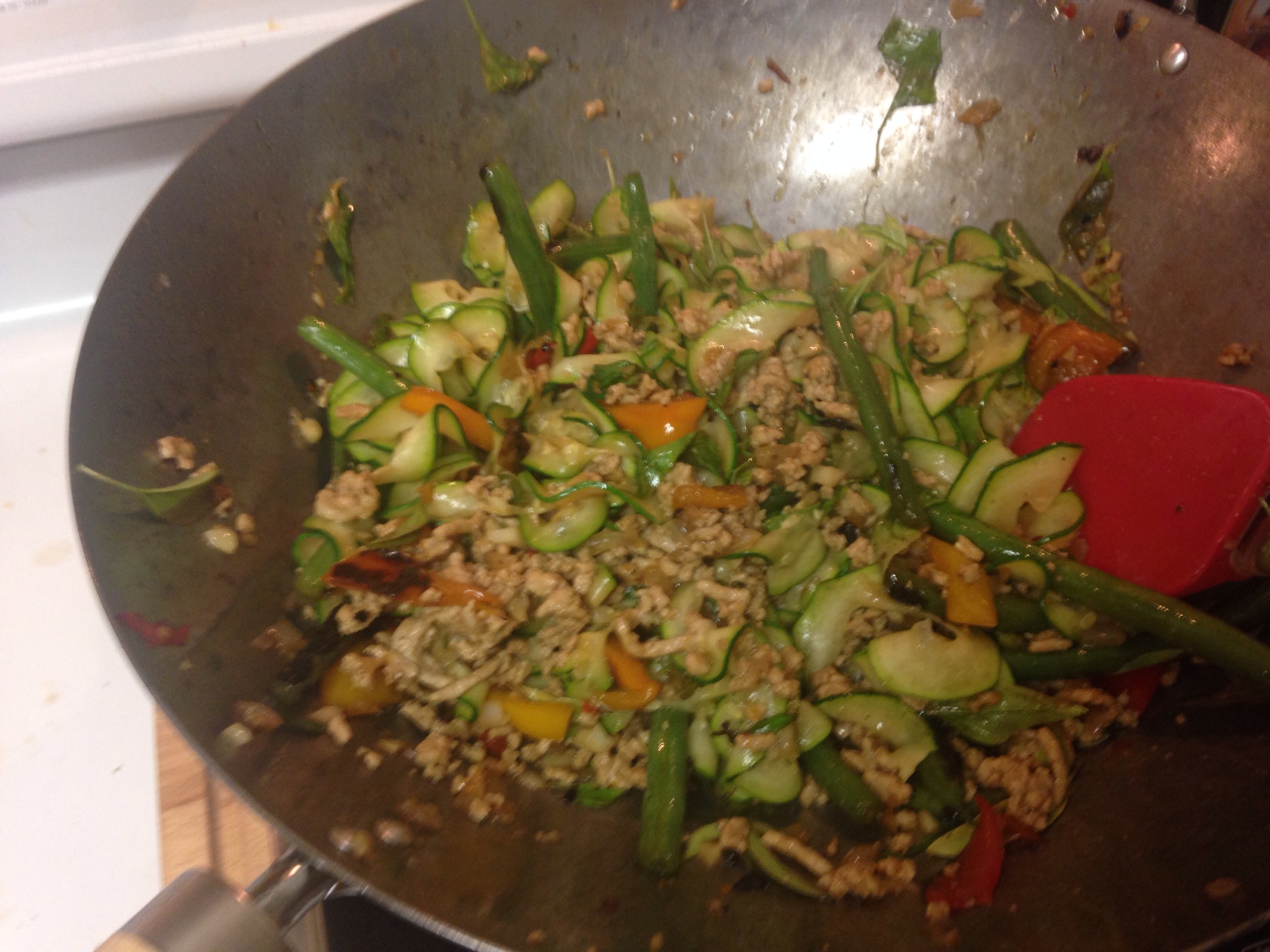