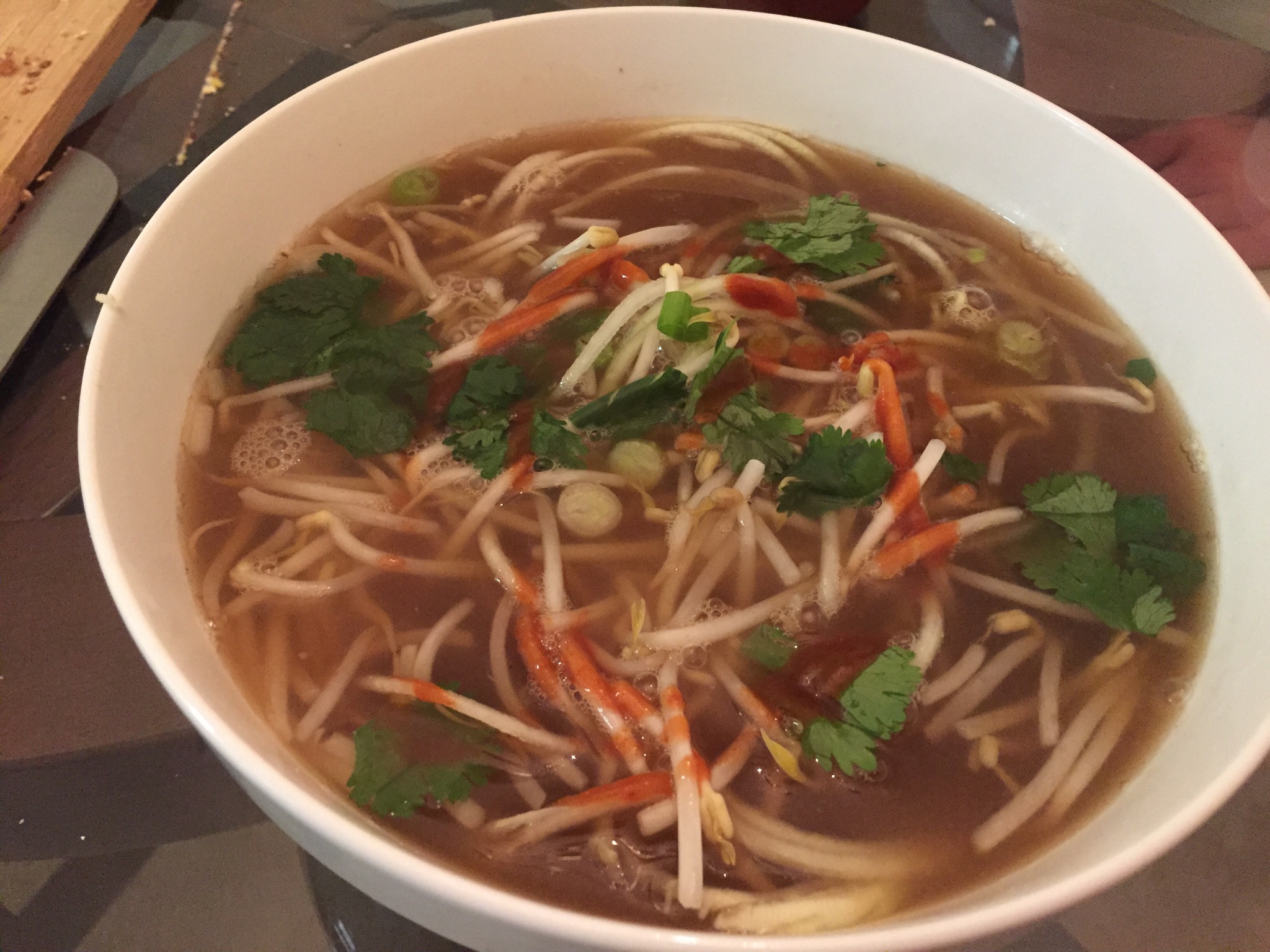 I made one gallon using mostly the seasonings from last time (just the first addition). And, instead of making stock, I used light Better Than Bouillon (I usually go heavy. It calls for 1tsp/cup or 4 tsp/qt and I go heavy. This time, I used 3tsp=1Tbsp/qt).

Also, instead of all rice noodles, we used mostly spiralized kohlrabi. Once it softened, it was pretty good!

It worked out well but could be improved as I note below. I liked the fully developed flavor and it certainly tasted like mediocre pho. Not as good as the real thing, but honestly not bad either! And I think with my noted changes to be made next time it will be even better!

Here are the ingredients I used this time with notes on what to change for next time (especially the black pepper). This really cam together quickly! And it was pretty good.

In the broiler, char onions and ginger. Note that the ginger may need more time. Add to the broth when finished.

Make stock out of the water and Better Than Bouillon or use purchased stock.Note that this represents a 1Tbsp=3tsp to 4 cups = 1 qt ratio as opposed to what is called for.

Toast the whole spices (anise through fennel seeds) in a pan until aromatic. Add to the broth. Add the salt, sugar and cardamom.

Bring to a simmer. Add chicken and poach chicken for 13-18 minutes or until it has reached 160. Remove chicken and allow the soup to continue to simmer, covered, for an hour or so. Strain and serve

The biggest thing is to cut the pepper as noted. The soup had a very strong pepper spice that kind of burned! Also, I will reduce the cinnamon and the star anise. 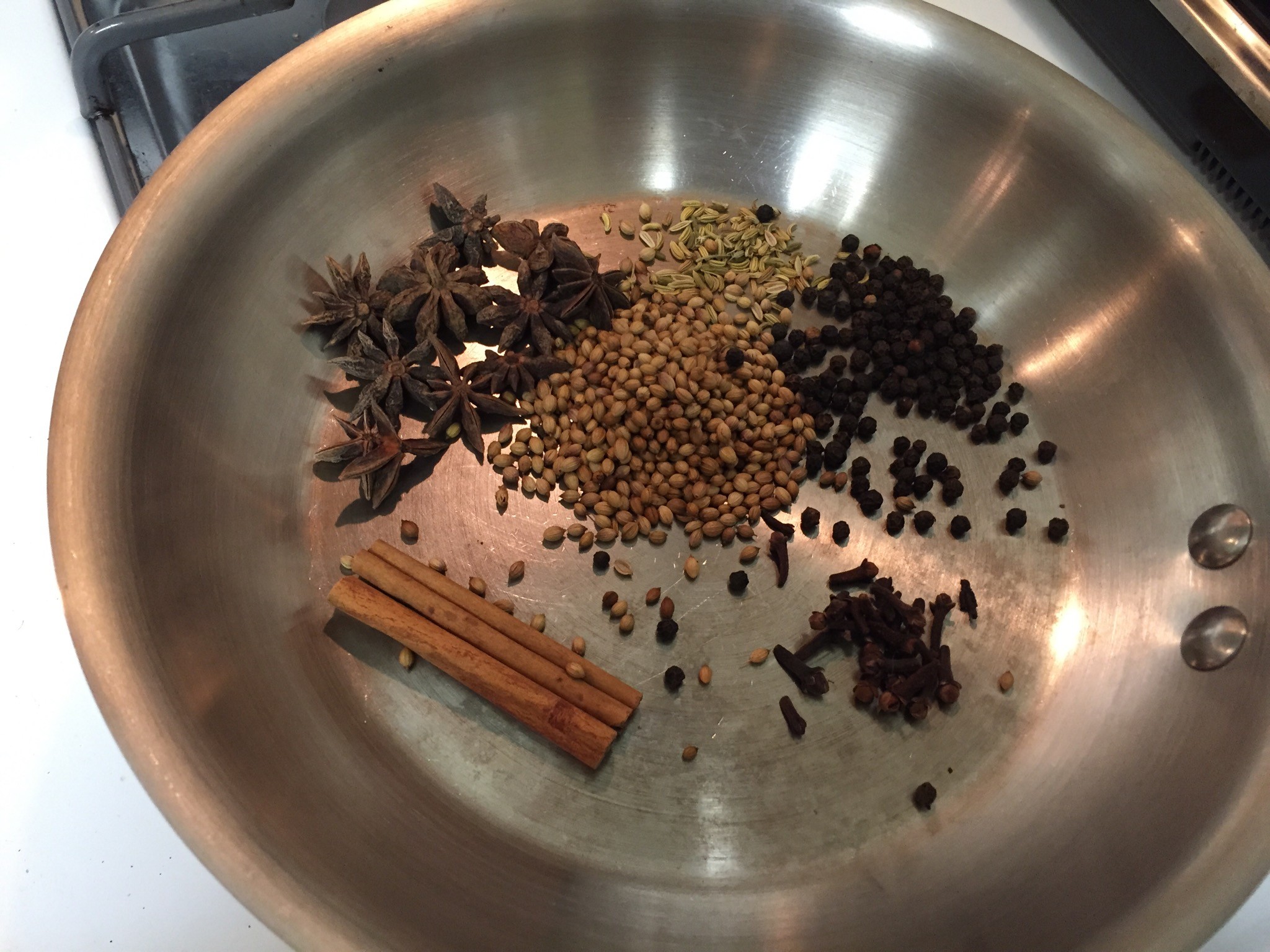 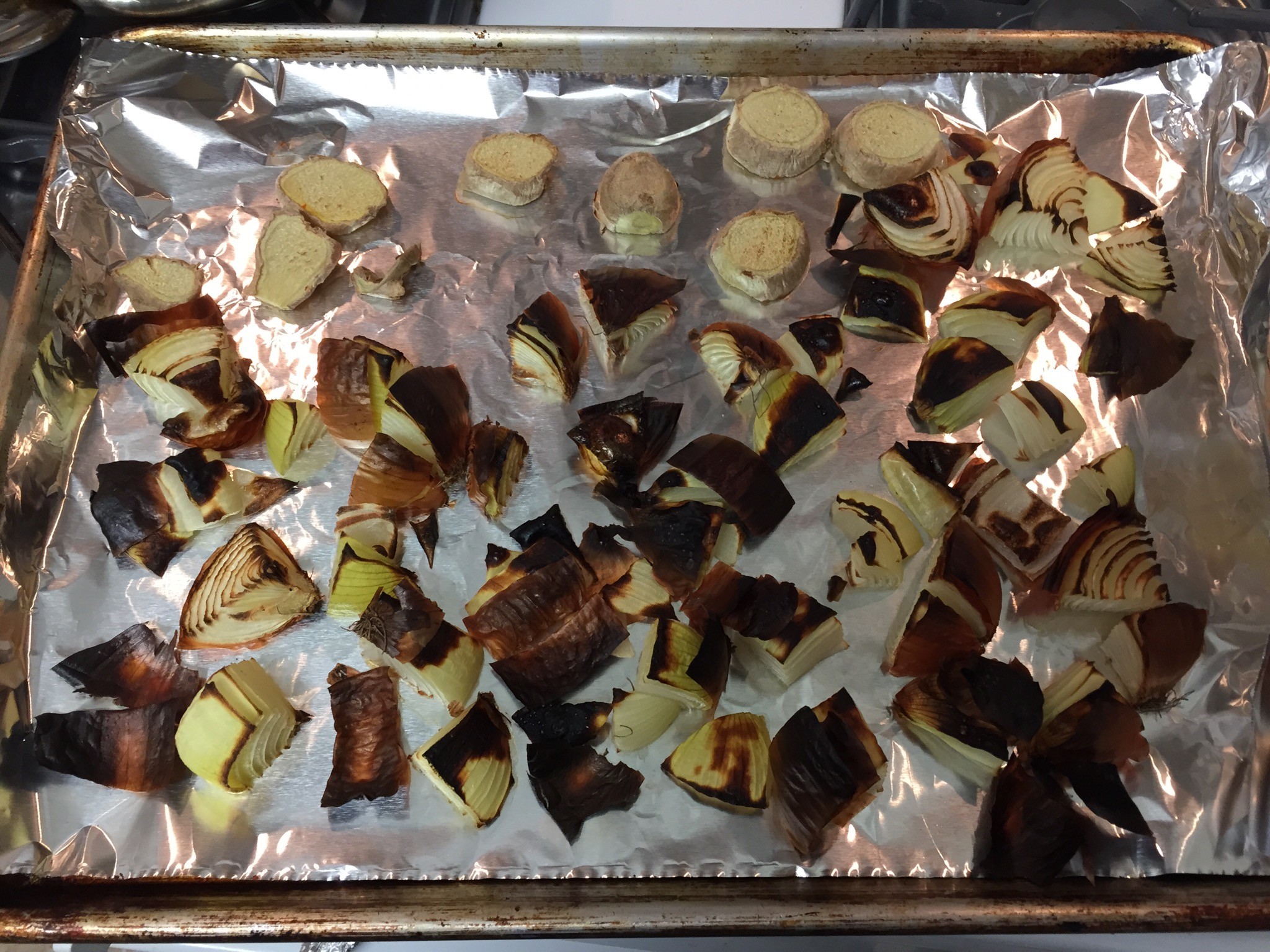 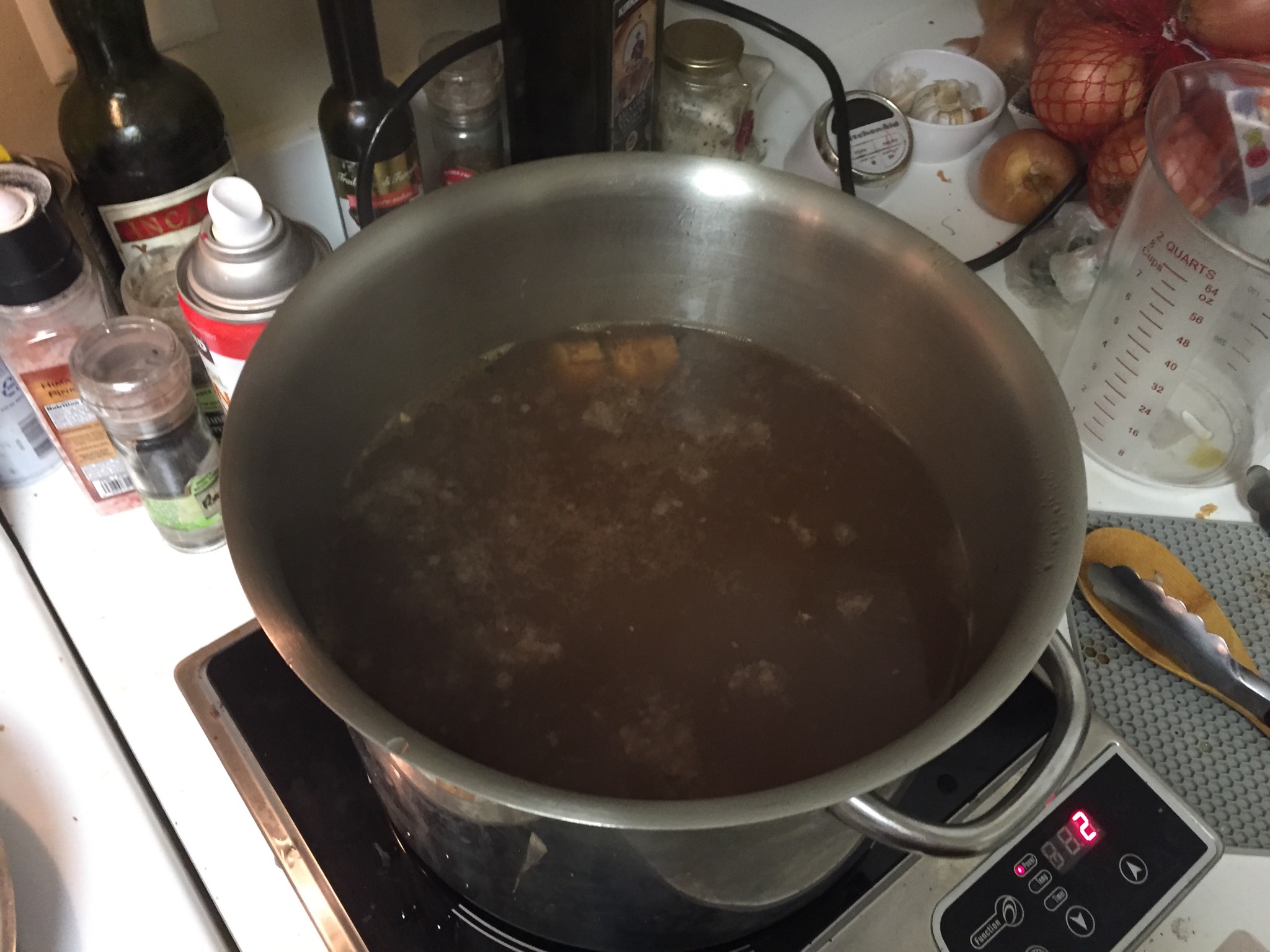 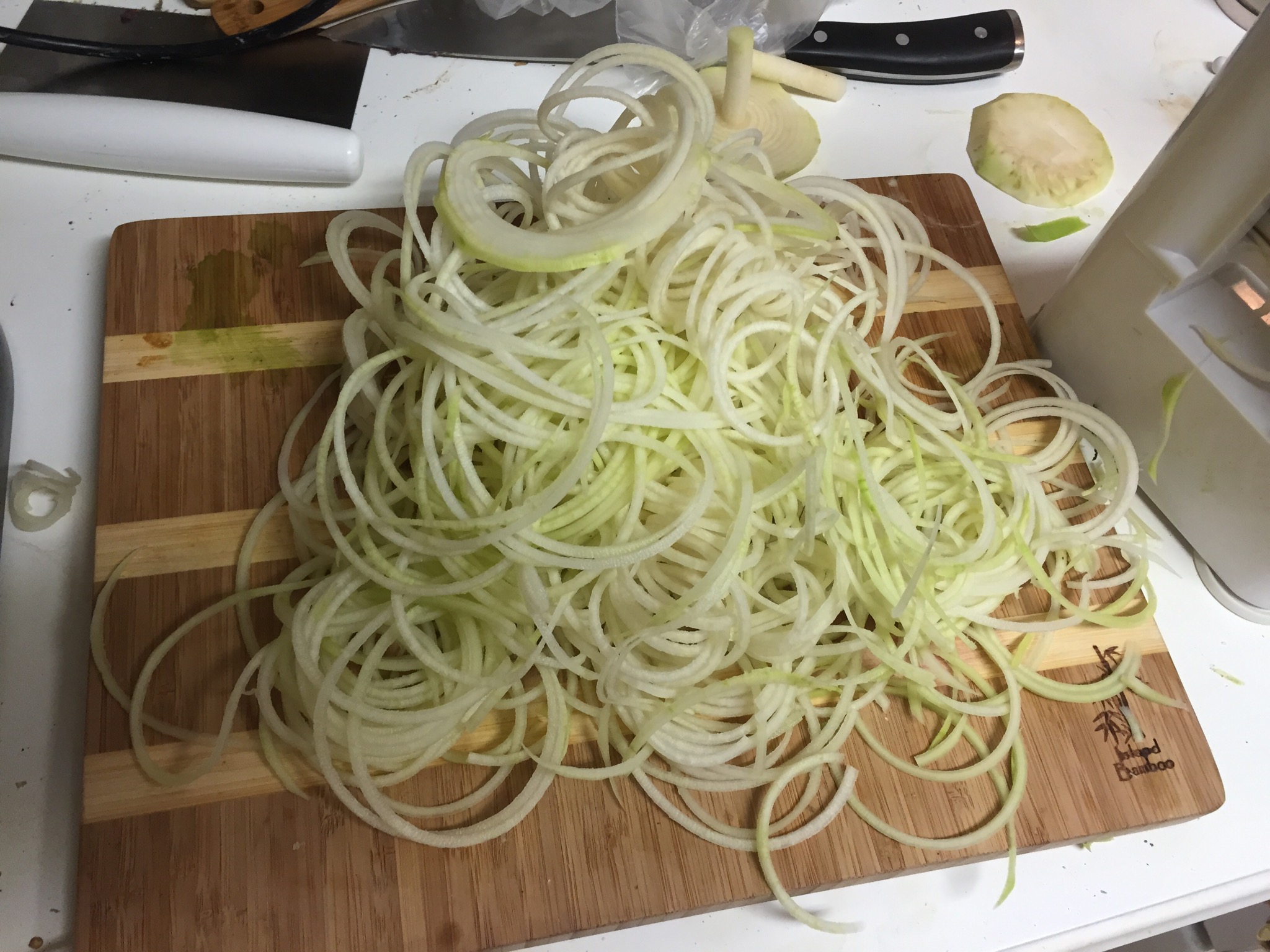 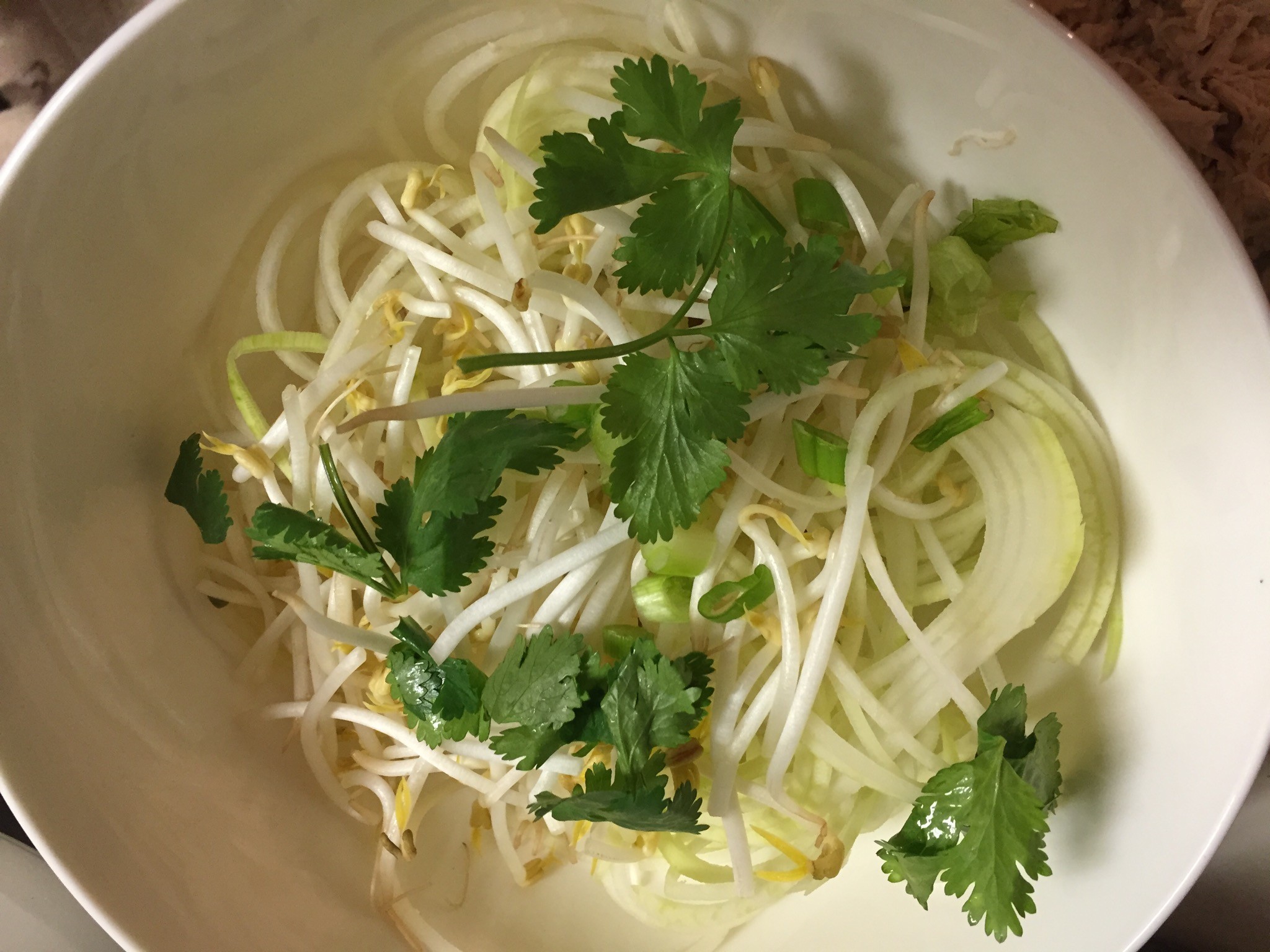