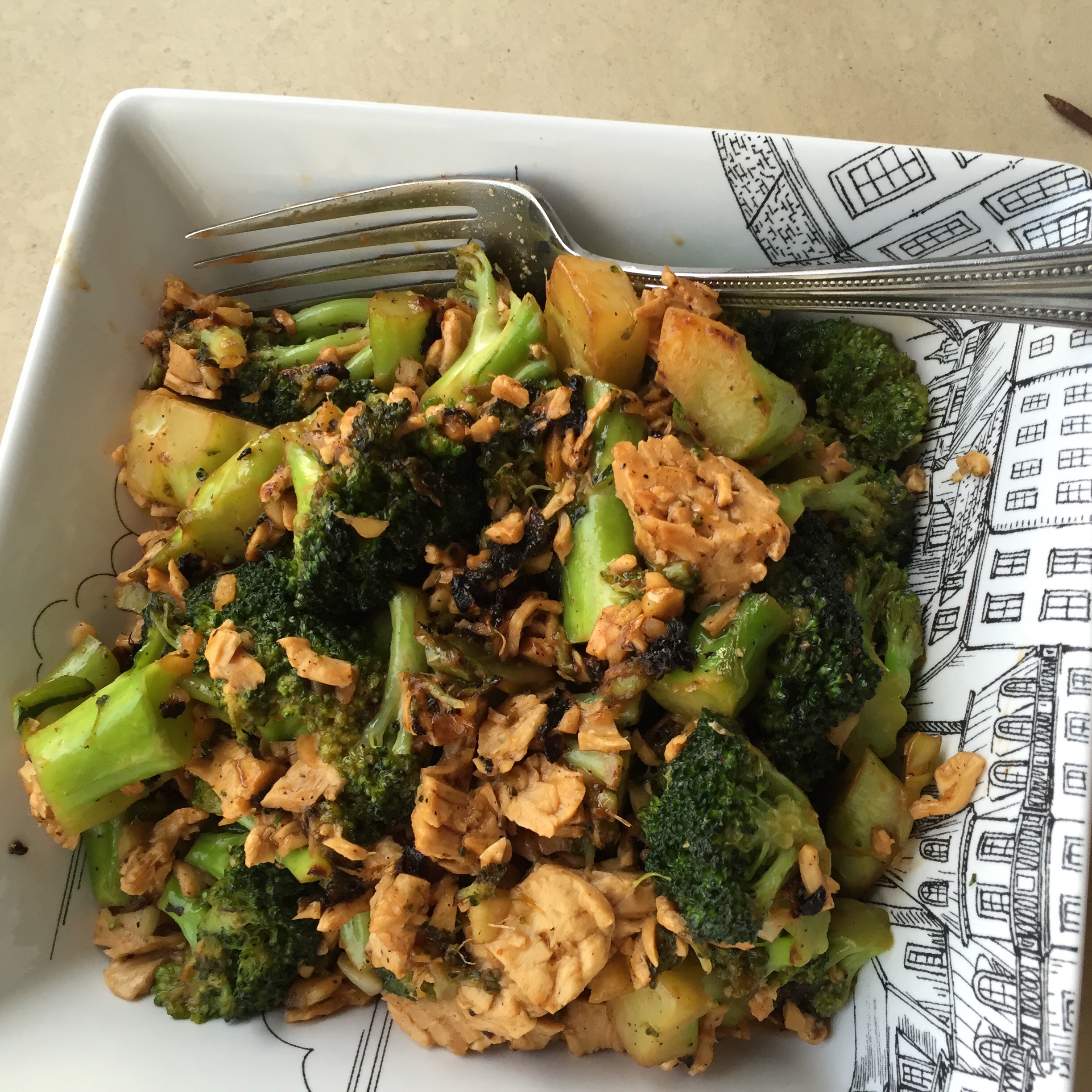 I made Broccoli Beef, err fake chicken. I used my regular recipe with the Asian market's fake meat thing (though I want to start making seitan and freezing it when I move to ABQ since I may not have this stuff).

I actually made two batches since I had nearly 3 pounds of broccoli.

It ended up being pretty good. Maybe a bit too much ginger and garlic. I did end of using them later in the stir-fry so that it would be