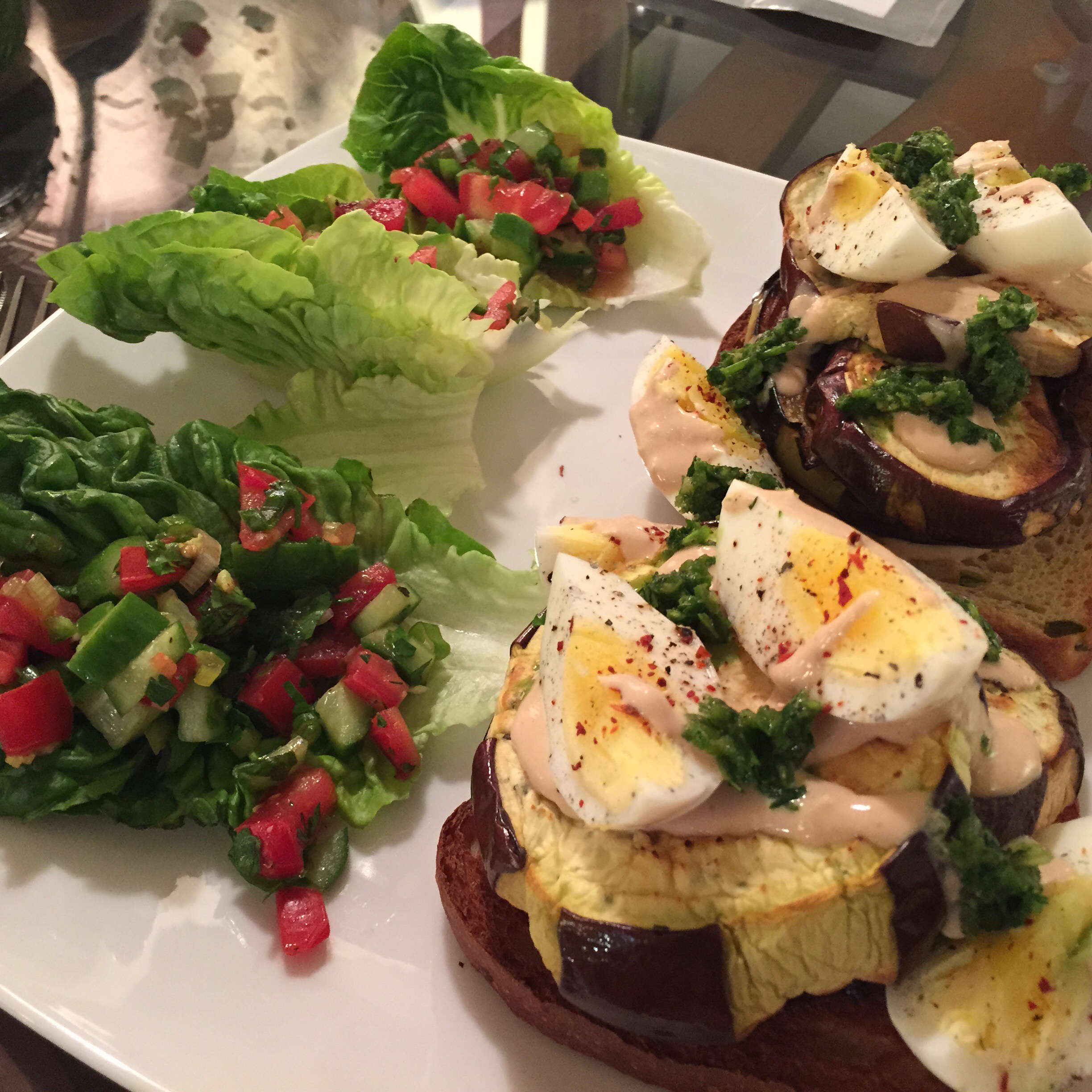 This meal was 98% Meredith cooking so I can't comment too much, but she made Sabih from the cookbook "Jerusalem: A Cookbook Hardcoverby Yotam Ottolenghi", along with the accompanying recipes. (see localcopy). For the main Sabih, I think she basically followed the recipe with the exception of the eggplant. She roasted half and still fried the other. We actuallypreferred the roasted so we'll just do that next time. Also, she went a lot lighter on the oil.

The other changes were that she sprinkled allepo pepper on the eggs (the eggs were my contribution. Also see their recipe page).

Other than that, she halved the tahini sauce and used the (surprisingly low point but delicious) jalapenocheddar bread from Sprouts.

We really liked the meal. We wereworried it wouldn't be enough food but between the leftover egg plant (which we ate most of), the bulk of the salad, and a few extra eggs, it was really more than enough.

Also pretty low in points. The main contributors are the tahini and the oil for the eggplant. Next time we'll just roast/broil it so that won't be a contributor.