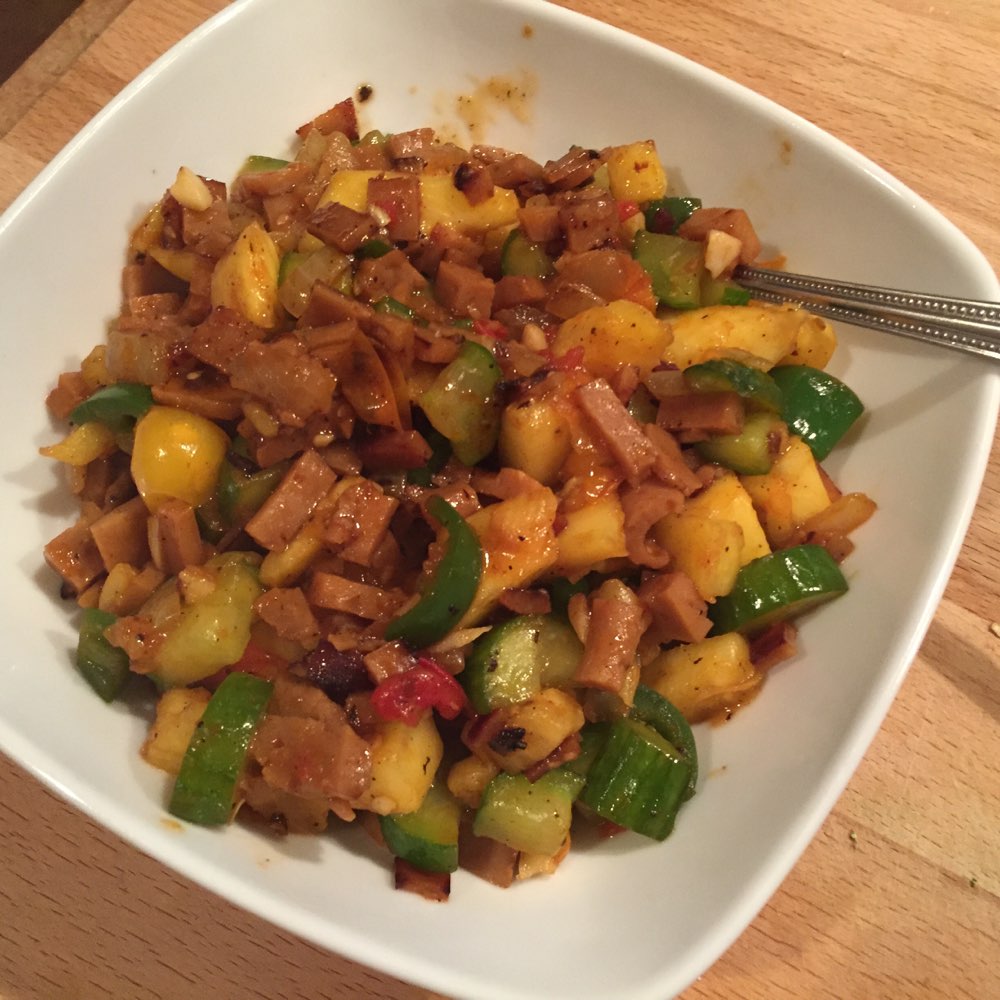 I made a Thai-Style sweet and sour stir-fry but with seitan (I forget the brand name) instead of meat (or tofu). I followed this recipe [local] pretty closely. My changes were:

Other than that, I basically did what it said. I was a bit worried that it (a) wouldn't be wet enough and (b) lack the flavors but I was pleasantly surprised. The tomatoes gave it a lot of moisture and the flavors were all there.

The jalapenos (incl. seeds) made it very spicy. I still really liked it. I think next time, I would use Thai peppers instead of jalapeno. And I would add red bell peppers. The recipe says you can also do broccoli, but I think, at leat for how I like to eat broccoli, I would want to up the sauce amounts too.