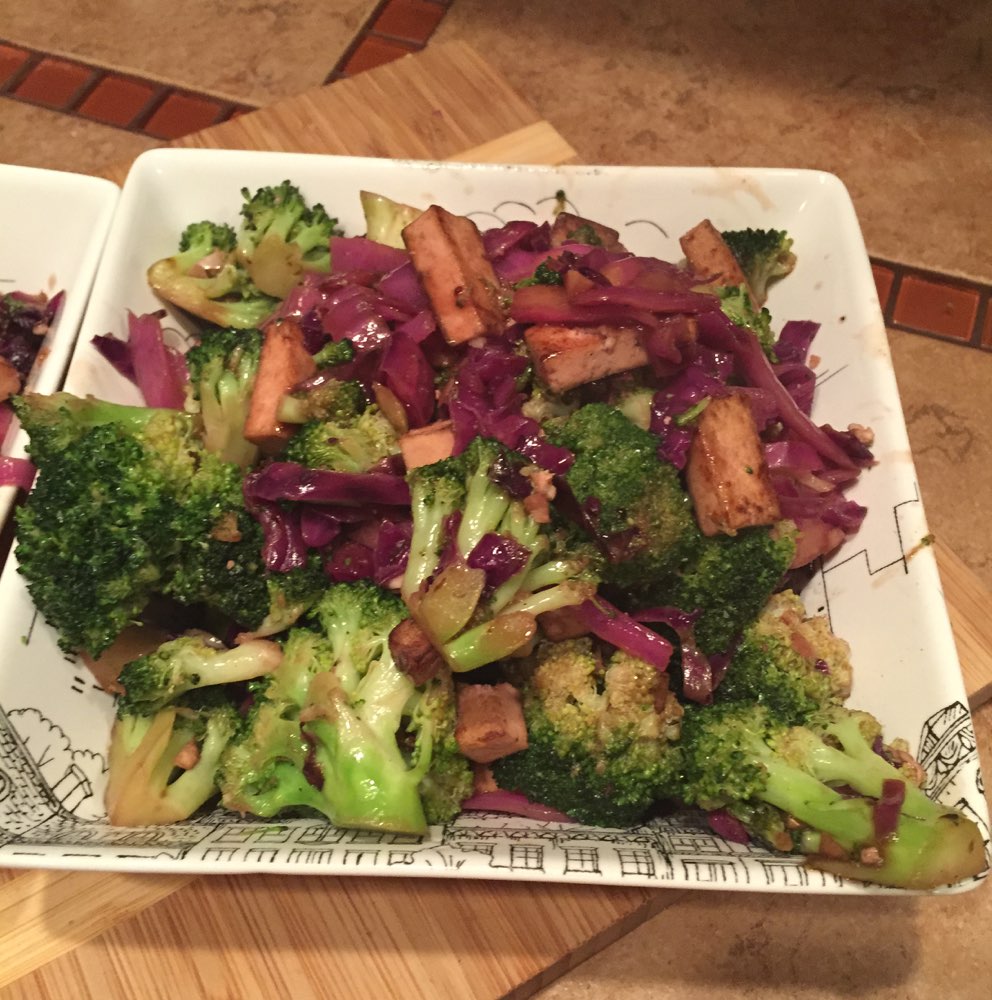 I made my regular broccoli beef, though I had some issues. I only had two heads of broccoli but they were huge and I wanted to use up the rest of some cabbage. And, I intended to use seitan but I had apparently finished it earlier. I used un-marinated tofu. Had I realized it sooner, I would have marinated it.

The issue with all of the veggies were at (a) I had to do it in two batches since there was so much. And (b) there was not enough sauce to go around. I tried to add some more of the constituent ingredients (ie, soy sauce, oyster sauce, and rice vinegar) but I think it was too-little-too-late.

Also, cabbage, while a good bulking vegetable, wilts too much and releases lots of water. So the end result was more watery and less flavorful.

Still acceptably good. I ate way too much of it though...