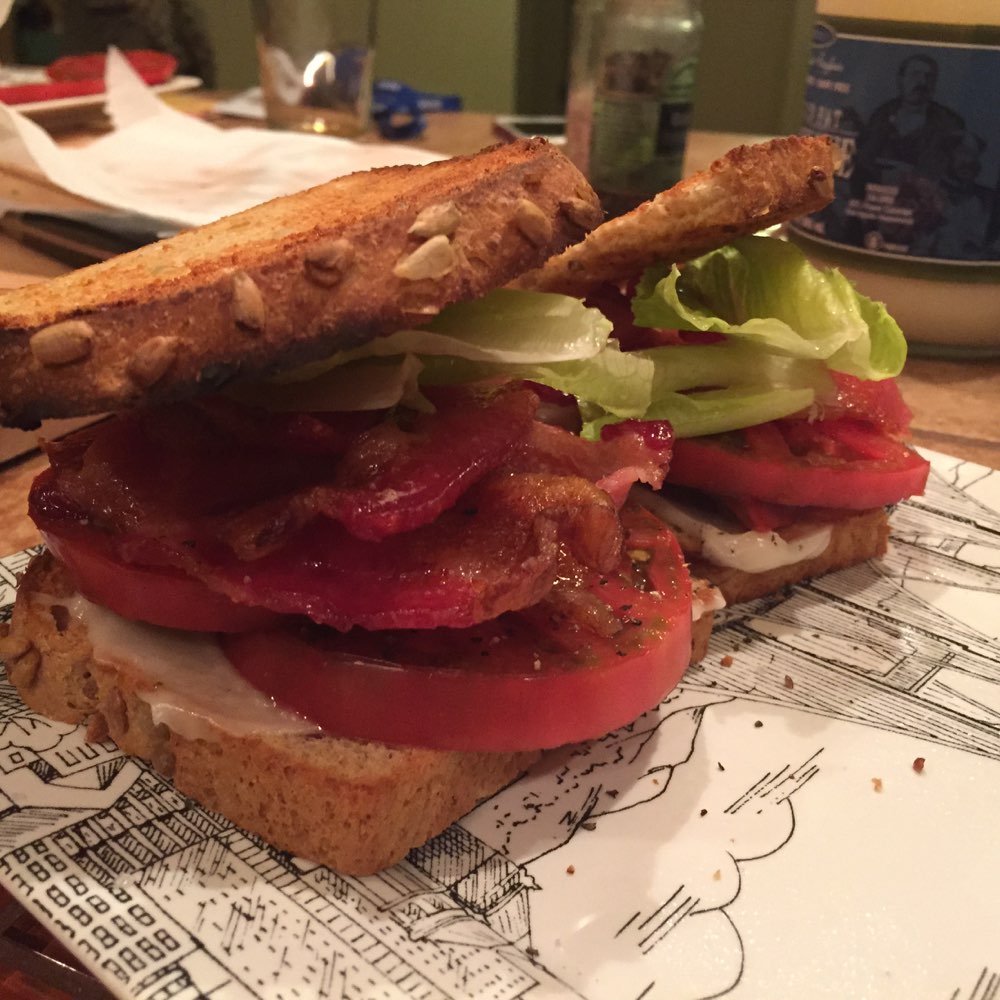 We wanted a quick and easy dinner since we had plans and knew we would be eating late. Also, Meredith had been wanting to use some of her ripe tomatoes from her garden. This seemed like a nice and easy meal.

We made BLTs by baking the bacon (though some pieces were still a bit fatty so we microwaved as needed). I had mine (1.5 sandwiches) with Trader Joes lite mayo.

Anyway, you can see the tomatoes better in the photos below. They came out super juicy and very, very flavorful. They also had a really cool structure to them. 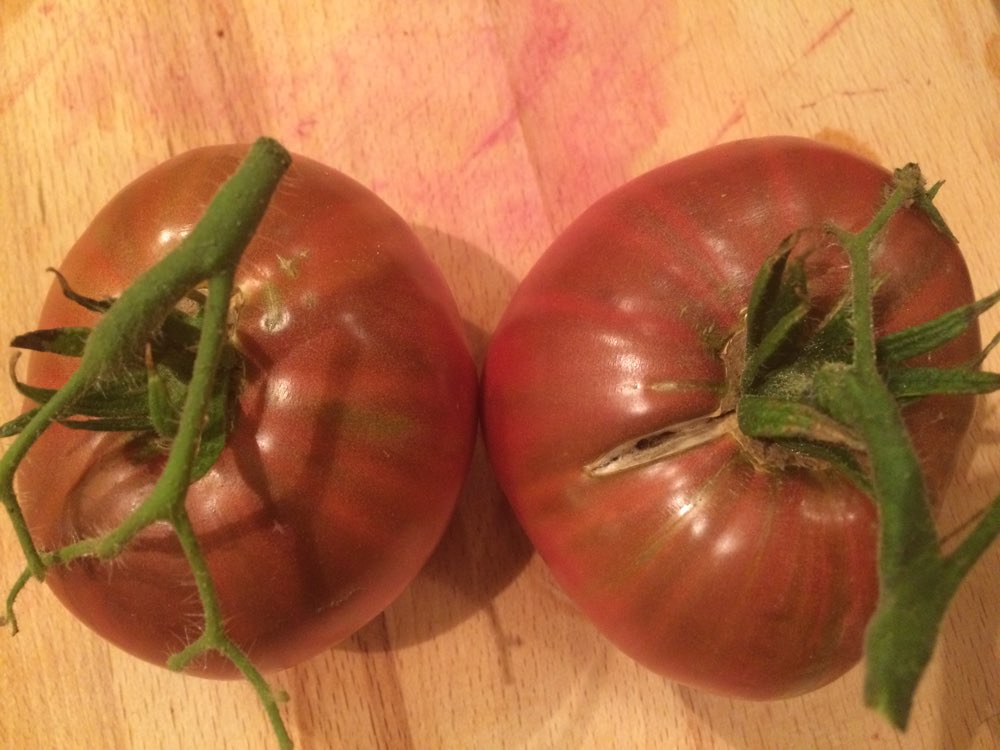 Slicing into them. Notice the structure and shape: 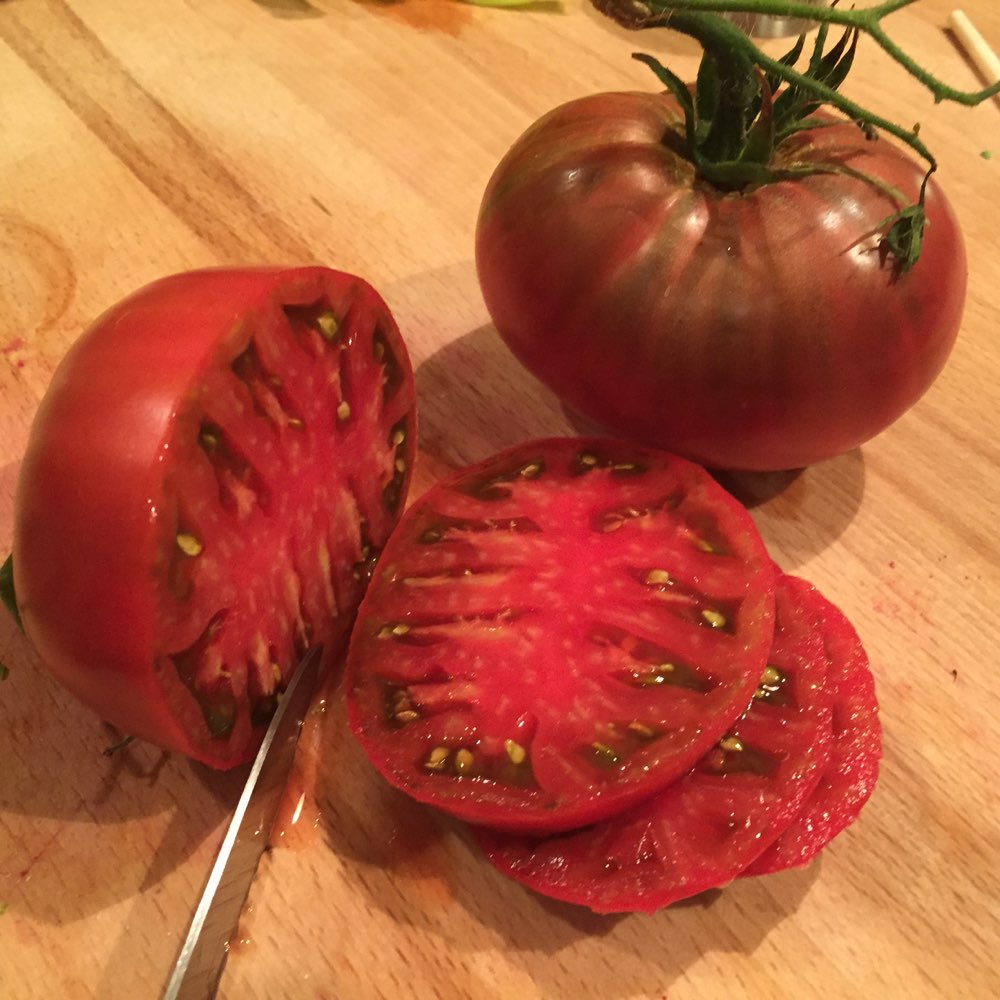 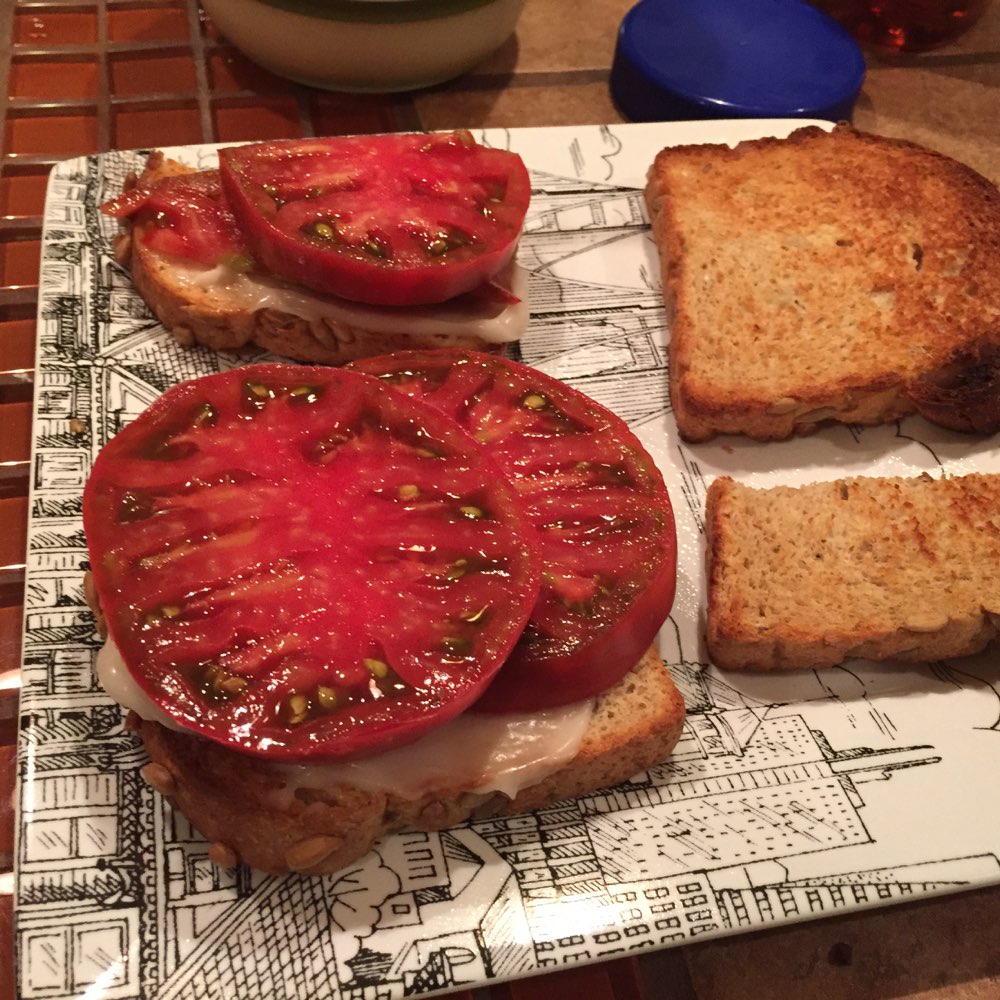