Meredith and I made tuna tataki from our regular recipe. Whenever I make it, I have trouble getting the ginger to stick but Meredith doesn't seem to have the problem. My guess is that I usually slap-chop the ginger and she chops it. I think chopping keeps it drier. We also didn't make the sauce and instead just did 1:1 fresh lime juice to low-sodium soy sauce. Anyway, the tuna came out really, really good. Lots of flavor and well cooked.

I made pan-seared gem lettuce. It was based on this Kitchn post (local). We followed it pretty closely and it worked well enough. I think I need to take the heat down a little bit more. Especially since I added the lemon juice and it basically evaporated right away. Still, it worked well enough and was really good (except I used too much salt). 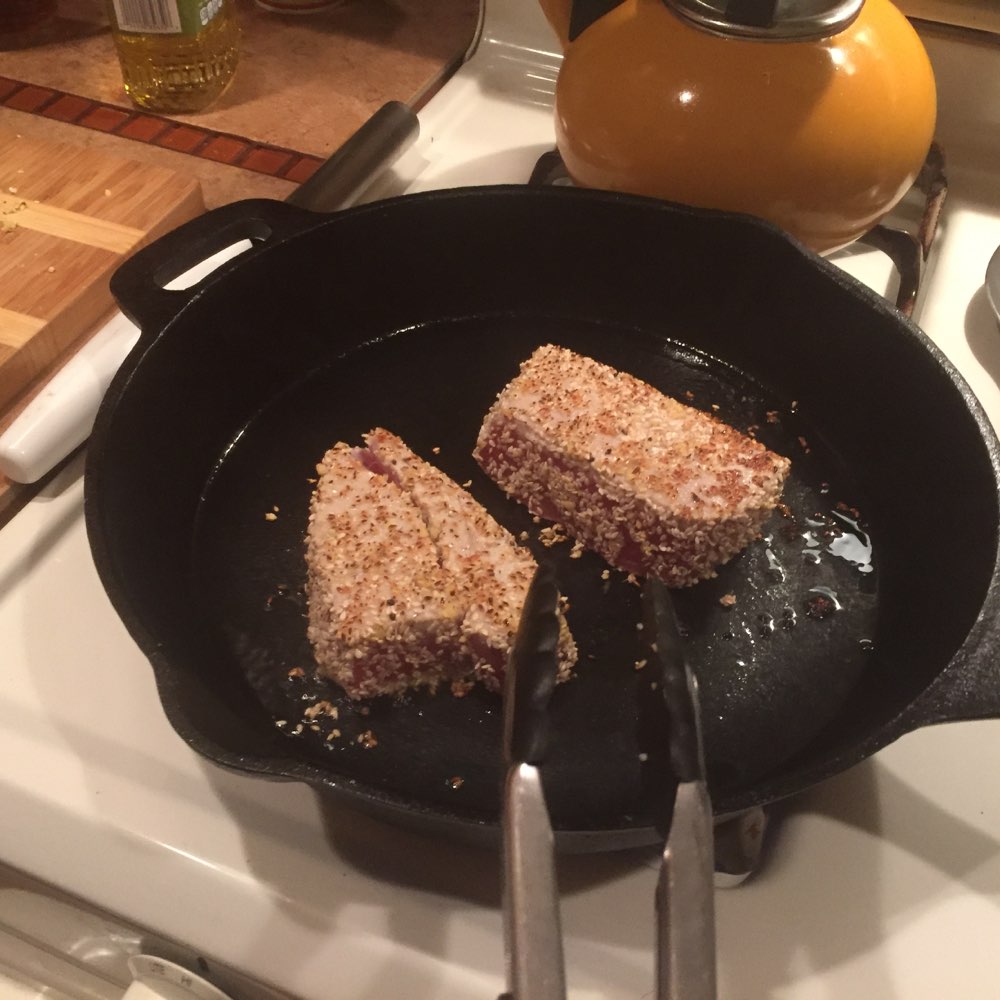 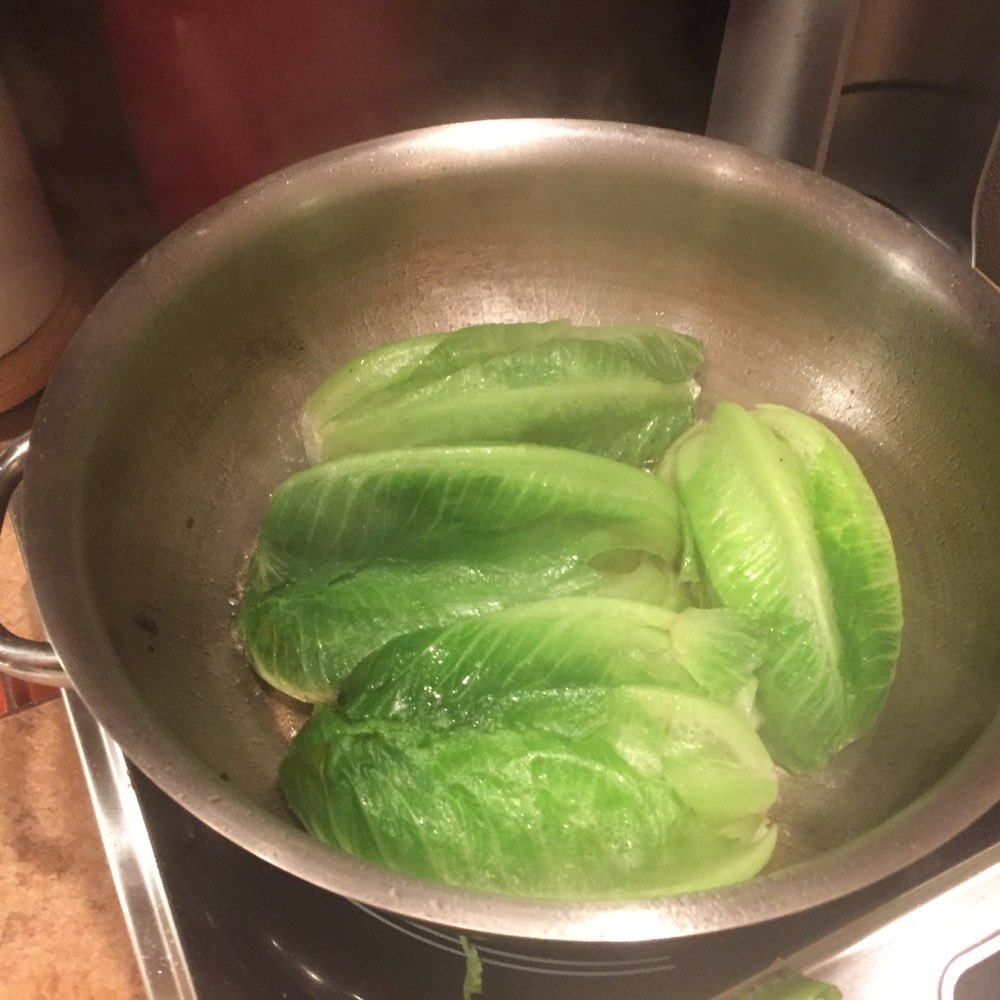 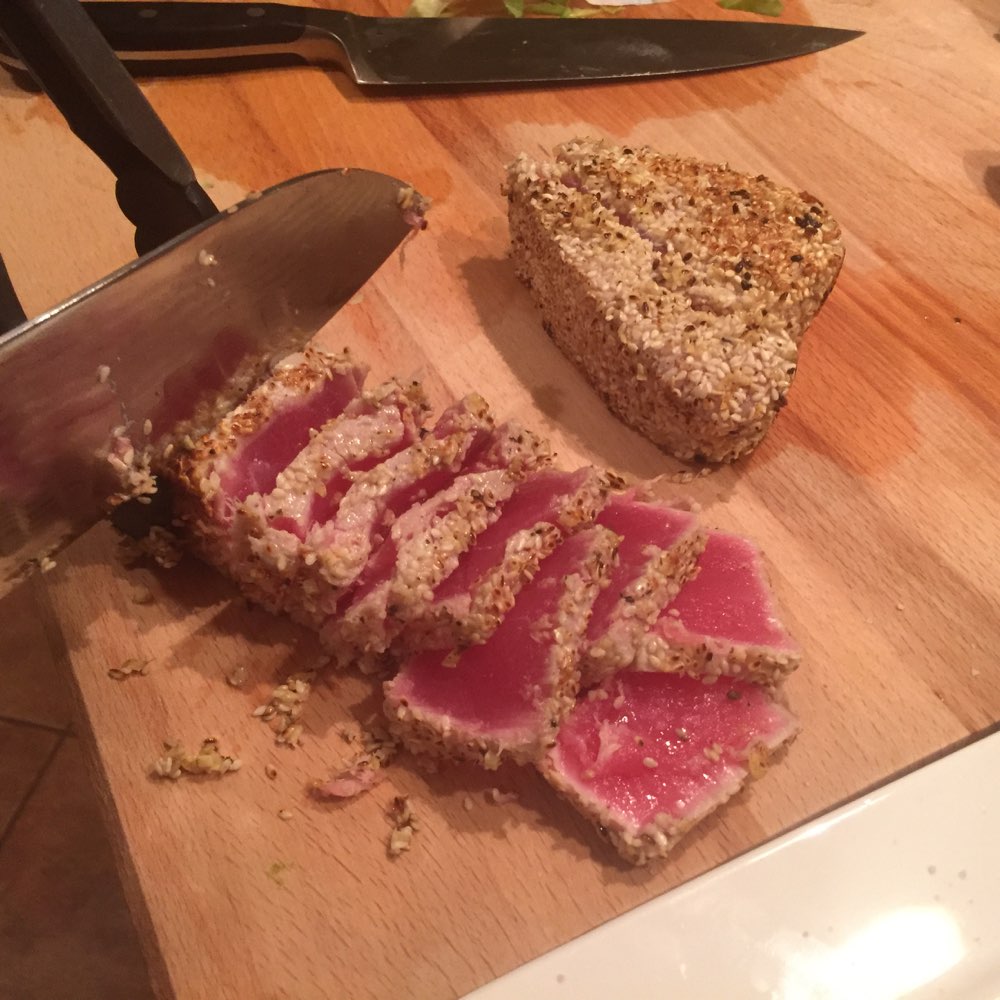 Little Gem Lettuce (from The Kitchn)
Local Copy (U: "guest", P: name of my dog, all lower case)