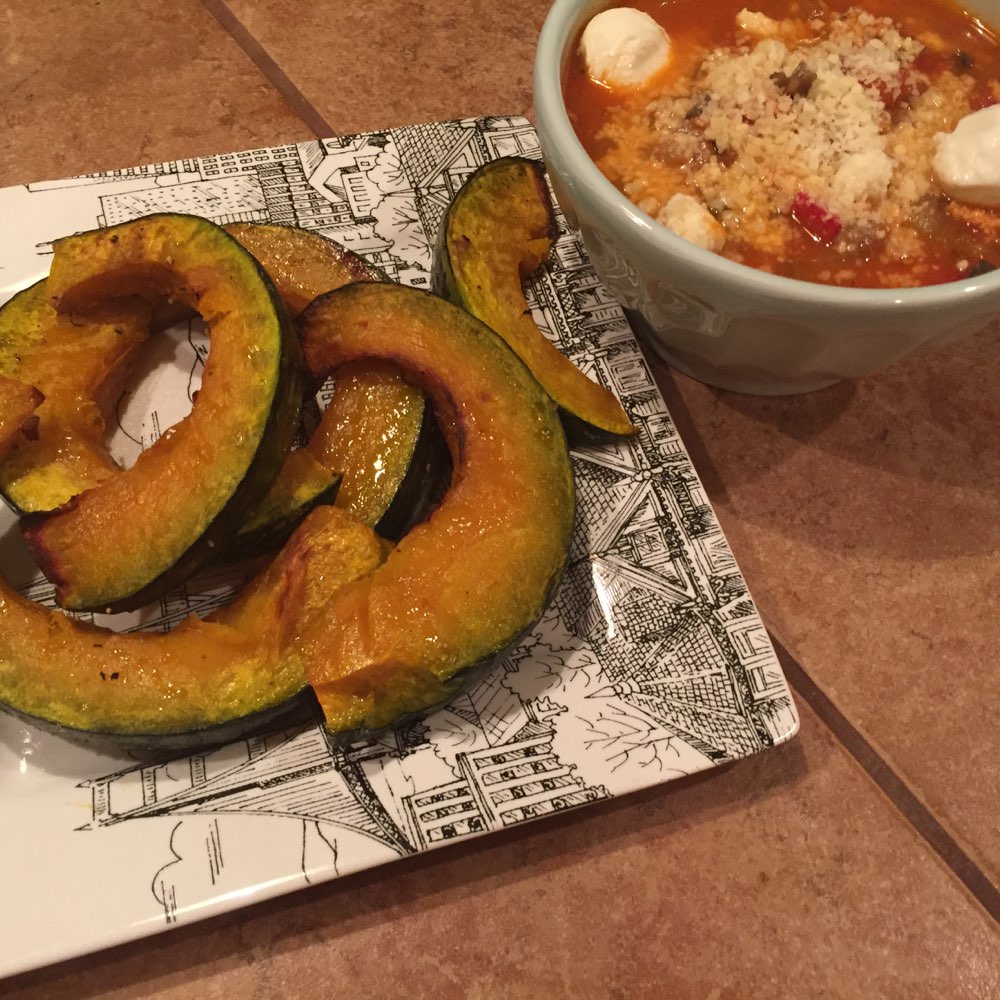 We wanted something relatively easy so we made the Lighter Lasagna Soup. We made a few changes to the recipe to match what we had and out mood. They were

Overall, we were really happy with it. It is relatively healthy and pretty easy. The only thing is we kind of bulked this up a bunch but didn’t adjust the liquids so it was very thick (but I liked it that way still).

As using the vodka sauce was pretty good. We would use that again

I also roasted half a kabocha squash (30 min at 400°F, flipped half way) as a side for me. Meredith didn't want any but it is one of my favorites and I was more hungry.

Vodka sauce is Meredith's favorite kind but tends to be rather unhealthy. However, we found the one pictured below at only 50 cal a serving (10 fewer than the lightest of the regular ones) 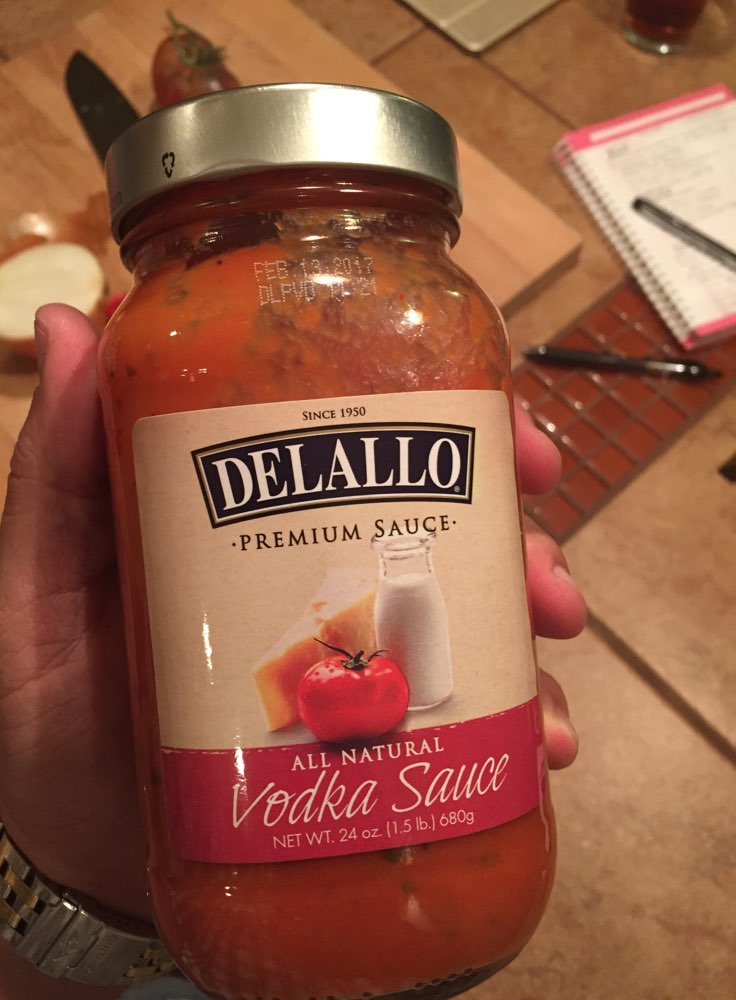