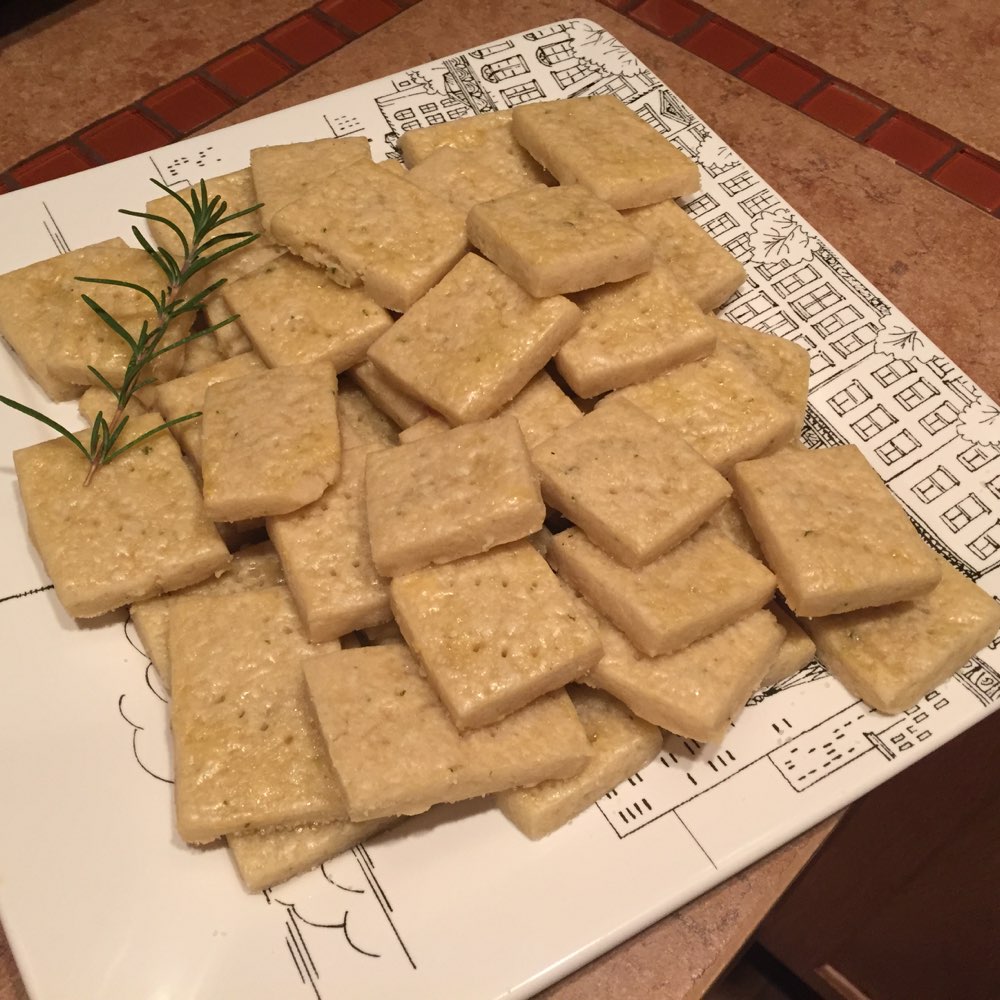 We were tasked (last minute) with bringing a dessert to a party and Meredith came up with this idea. We made Rosemary short-bread based on the Joy The Baker Lavender Shortbread (Local). Essentially, we followed the recipe pretty closely except we used about the same amount of fresh rosemary instead of lavender. We used a bit of turbinado sugar but switched to regular granulated when we used it up (ended up being mostly granulated)

I think we kept pretty true to the recipe. We debated if we needed to make any changes due to the altitude but decided to not worry about it. The only other thing is we only let it sit for 25 minutes instead of 30 since we were cutting it close on time. And we probably rushed cooling them a bit but not much. Also, our butter was too cold to start so I did the trick where you pound it thin. That seemed to work well.

Final note is that I messed up and spilled some flour while adding it. We got most of it in there but probably some was lost.

Oh, and as you can see we cut it into squares. We actually used rolling pin sizers which made life much easier! I highly recommend them!

They did come out very good. A subtle rosemary flavor but not overpowering. We would do this again!