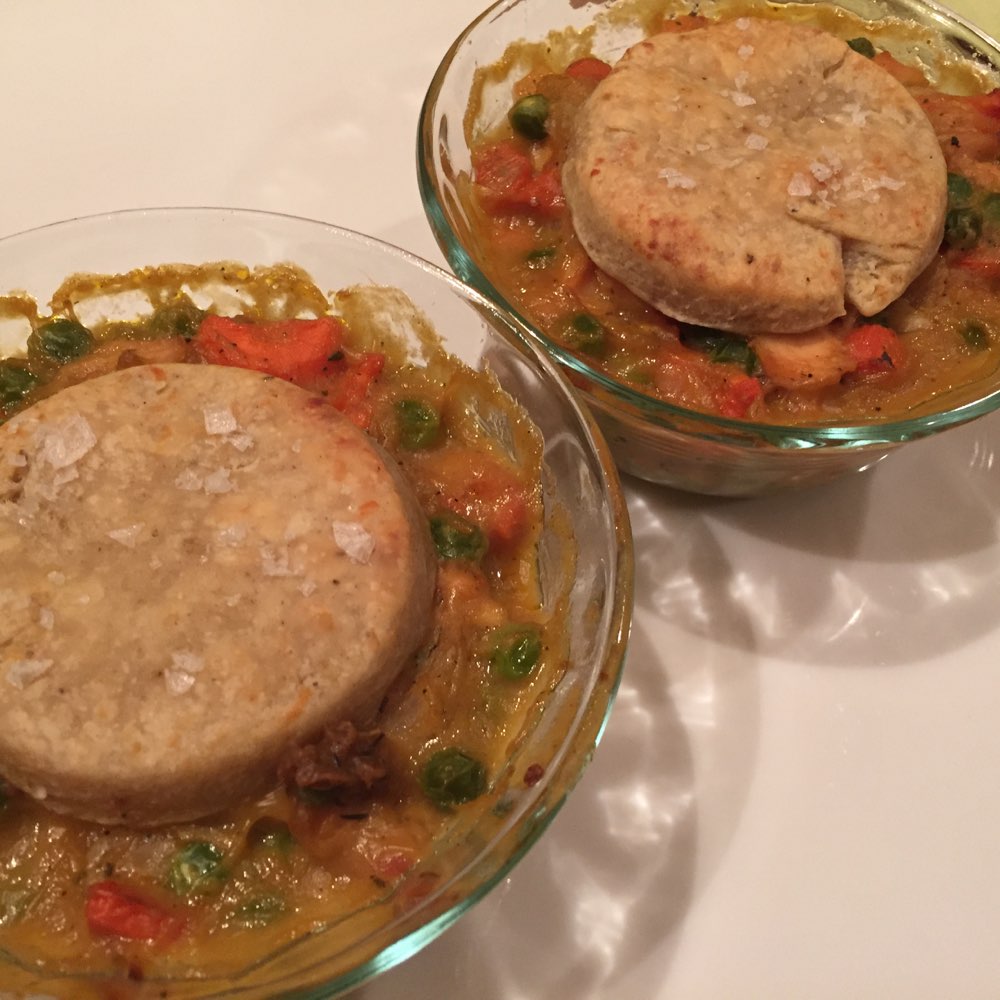 Note: This was moved into My Recipe Book

Meredith and I made chicken pot pie using this Martha Stewart Recipe (local). It felt like we stayed pretty true to the recipe, but when I started to note all of the changes, it turns out we made a ton.

But, it was very good. Pretty simple and rather healthy (except for maybe the buiscuts). And, using already-cut rotisserie chicken made it even easier! At first, we were worried that it was a bit too buffalo-saucey but it mellowed in the oven.

We again struggled to get the biscuits to rise. They did so well the first time but the last time we did them again1, they didn't rise. We even let these ones fully defrost! Well, it seemed to be the case again. We baked it for a long time but never got it to really rise. They were still tasty, but this was frustrating.

Still, we would make this meal again!