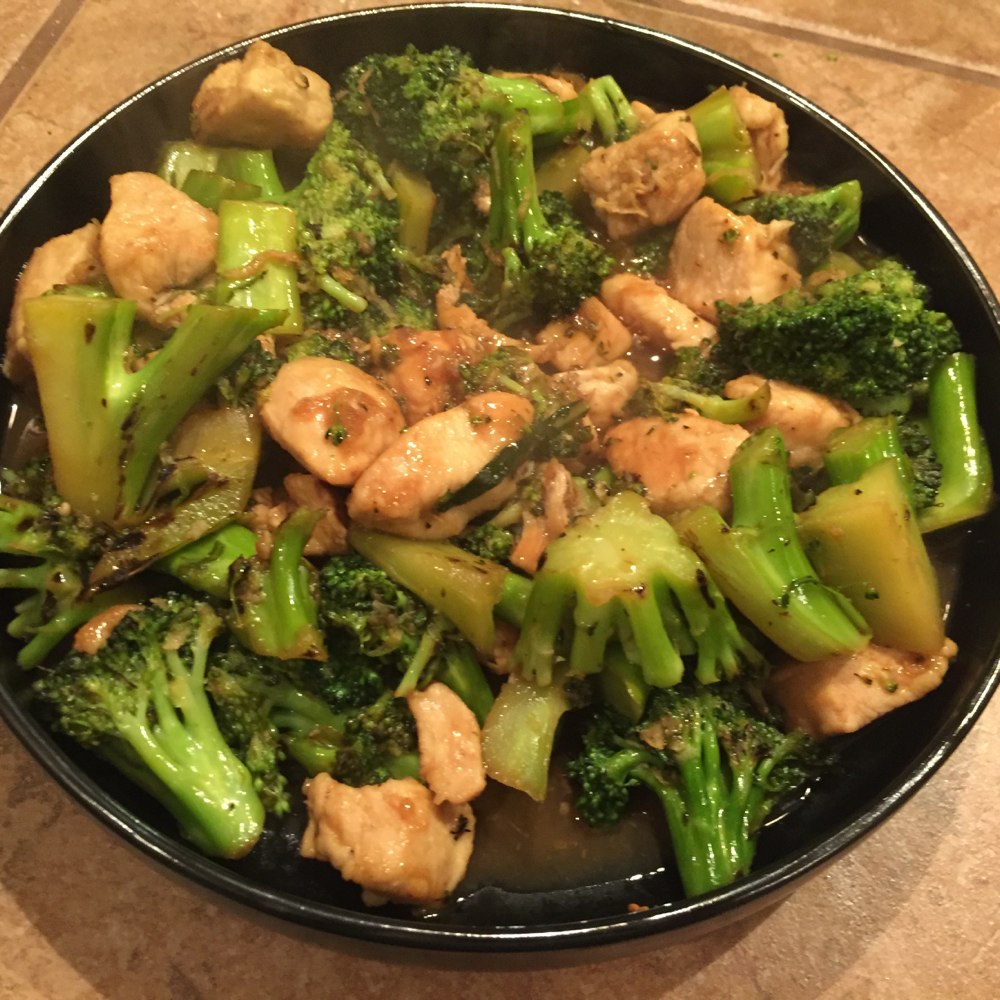 Meredith and I made orange chicken but used broccoli instead of doing it on top of cauliflower rice.

I stir fried the broccoli first and then took it out and did the chicken (which I also tossed in some corn starch). I added it all together and let it boil down a lot.

Meredith did the sauce and basically followed the recipe except the recipe calls for 3 Tbsp of honey which is 12 smart points so we had to cut it down. We did it with 1 Tbsp of honey and 2 Splenda packets (which is equal to 1.5 Tbsp sugar). Full changes listed below