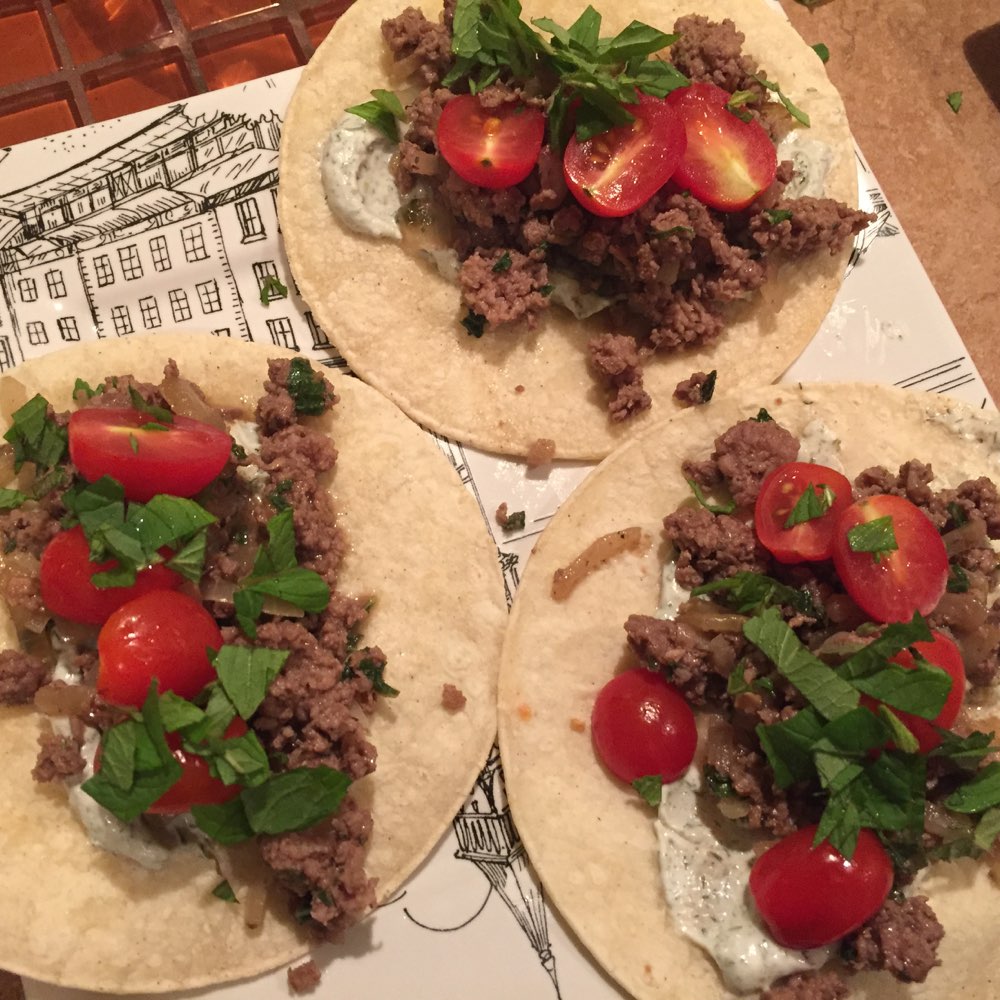 We had some more raw beef we had to use up (didn’t end up having time for beef jerky) and we wanted something easy. We had taco meat the other day, so decided to do something different and make kofta tacos.

We used the kofta recipe but instead of mixing it all in raw, we sautéed the onions and then added all of the other stuff.

We didn’t have cucumbers so we just made a dip with za'atar and greek yogurt.

I tried to heat the tortillas in the oven which worked ok but not as well as when you do it on a flat pan (or, say, a griddle). But it let me do more at a time.

It actually came out pretty good. The beef had a lot of flavor and it was easy enough to make. I would do this again. Though, I thought the beef was more flavorful without the other stuff. 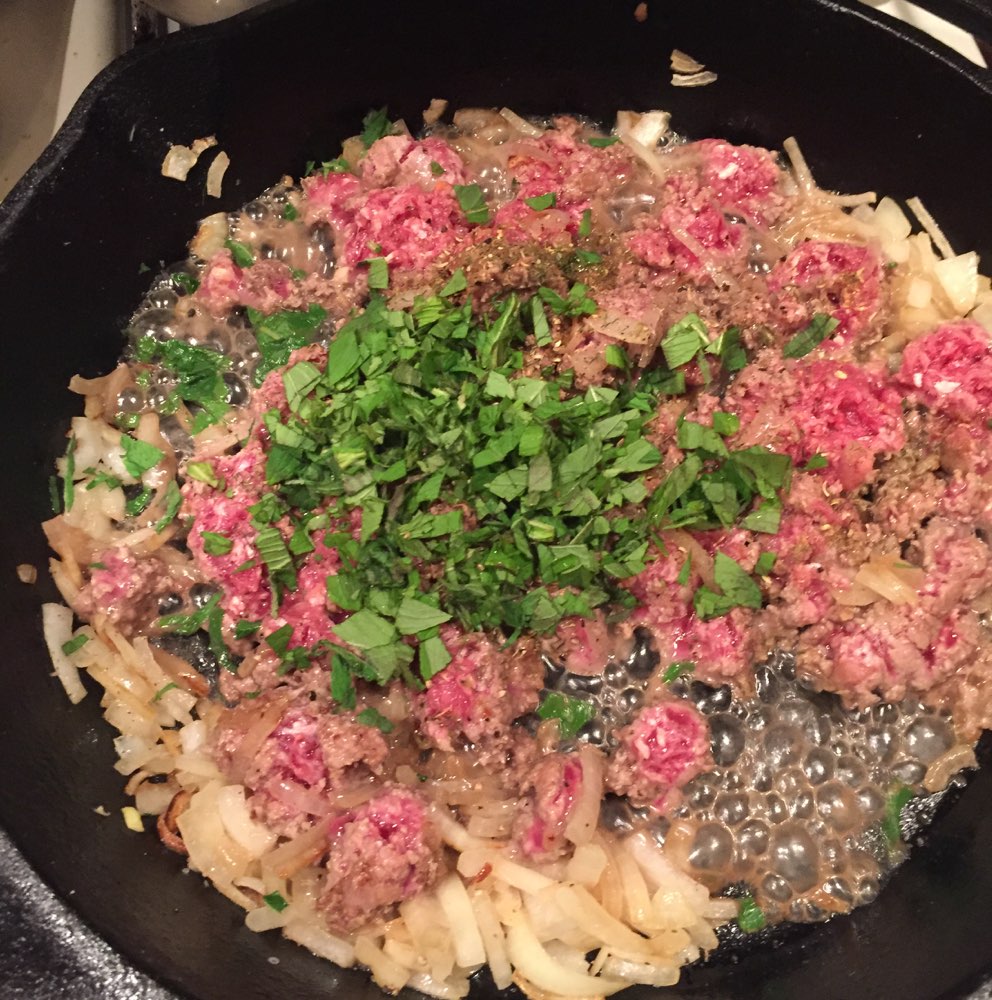 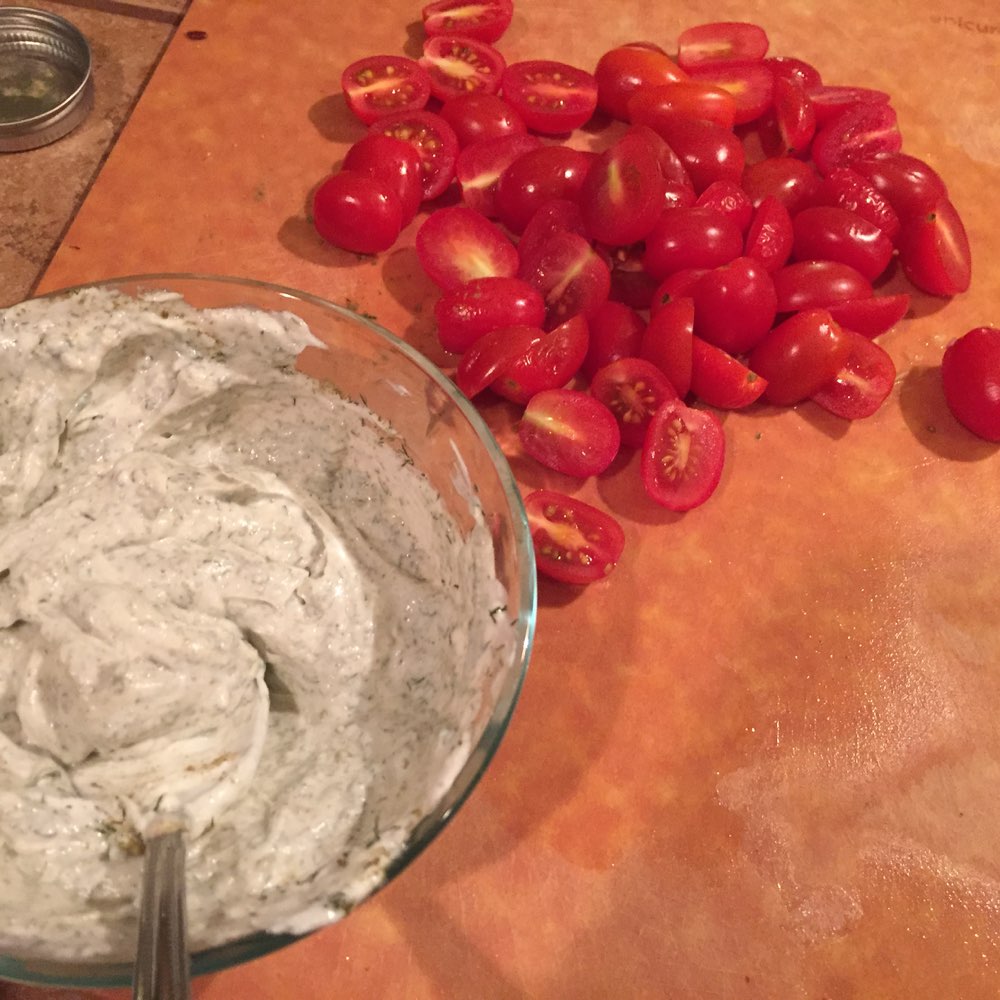