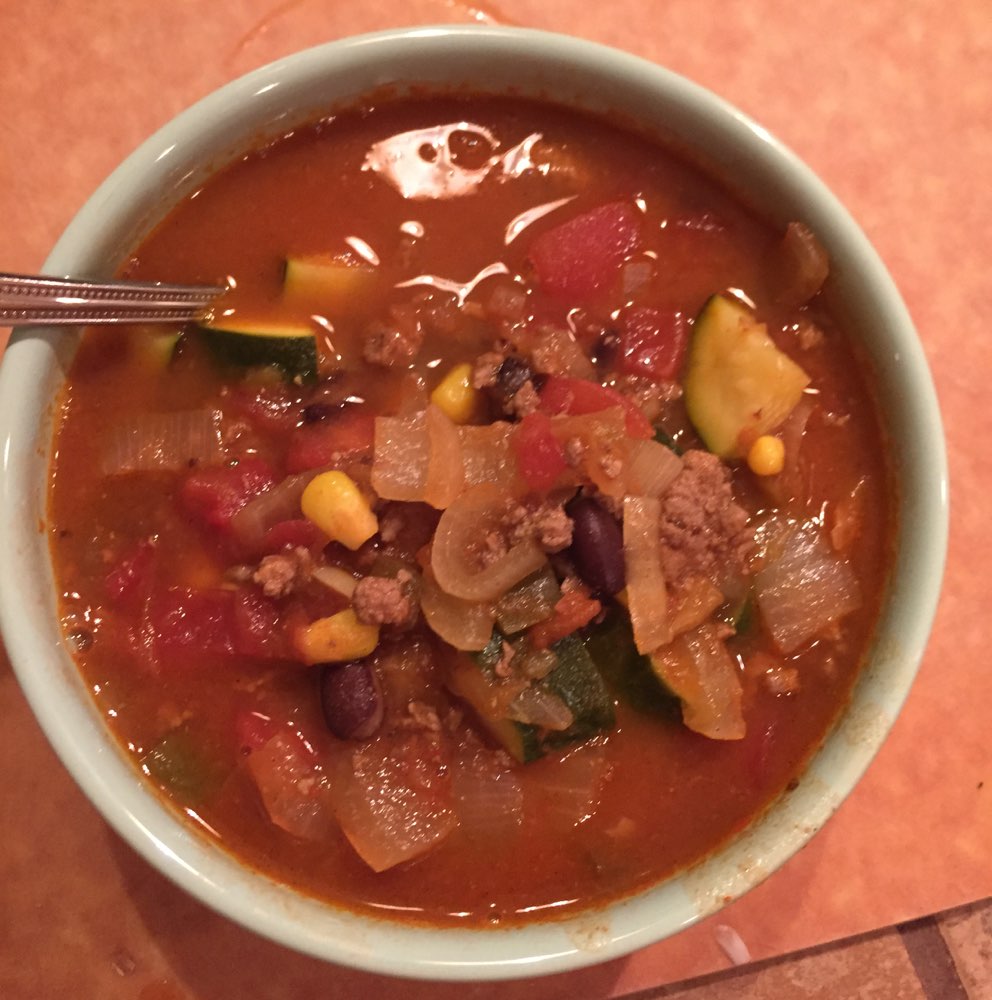 We realized we hadn't had taco stew in a long time so we decided to have it. We used the regular recipe but also added some worcestershire (which worked pretty well). Not really much to it. It is a simple and easy meal.

Oh, and we used tons and tons of zucchini