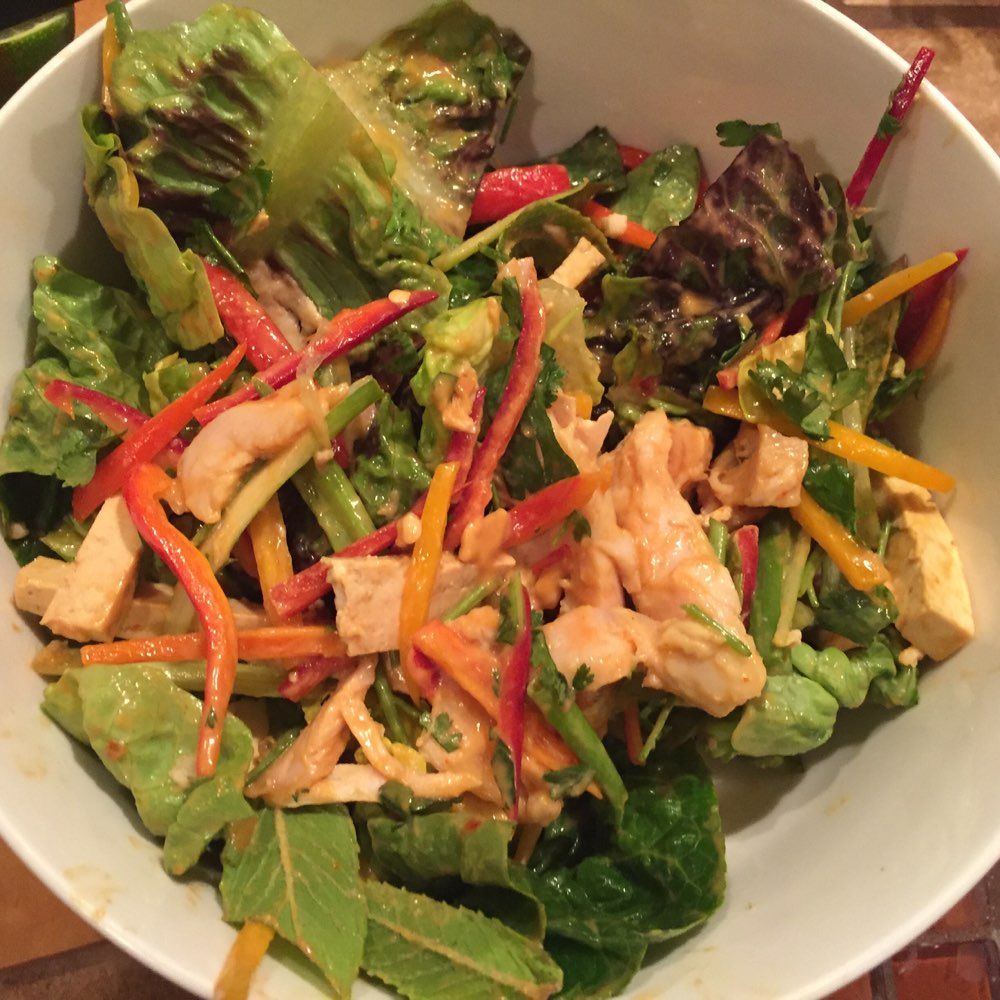 Our original plan was to make fresh/spring rolls, but we spent much of the night packing and just didn't feel like dealing with the rolls. So we made this into a salad.

As you can see in the picture below, we made the salad out of:

For meat, we had two things:

Like I said, the plan was to roll it up but we decided to turn the sauce into dressing and make it a salad. Much easier and very good.

Meredith made the dressing inspired by The Food Network though we really only used that as inspiration so I am not copying it locally.

Meredith used the following to taste:

We also made a cucumber salad with this Will Cook For Friends recipe (local). Meredith has done this before and it was good so she did it again. The only real change was the use the vegetable peeler on the carrots instead of the spiralizer. Also, she went on the light side of the honey. 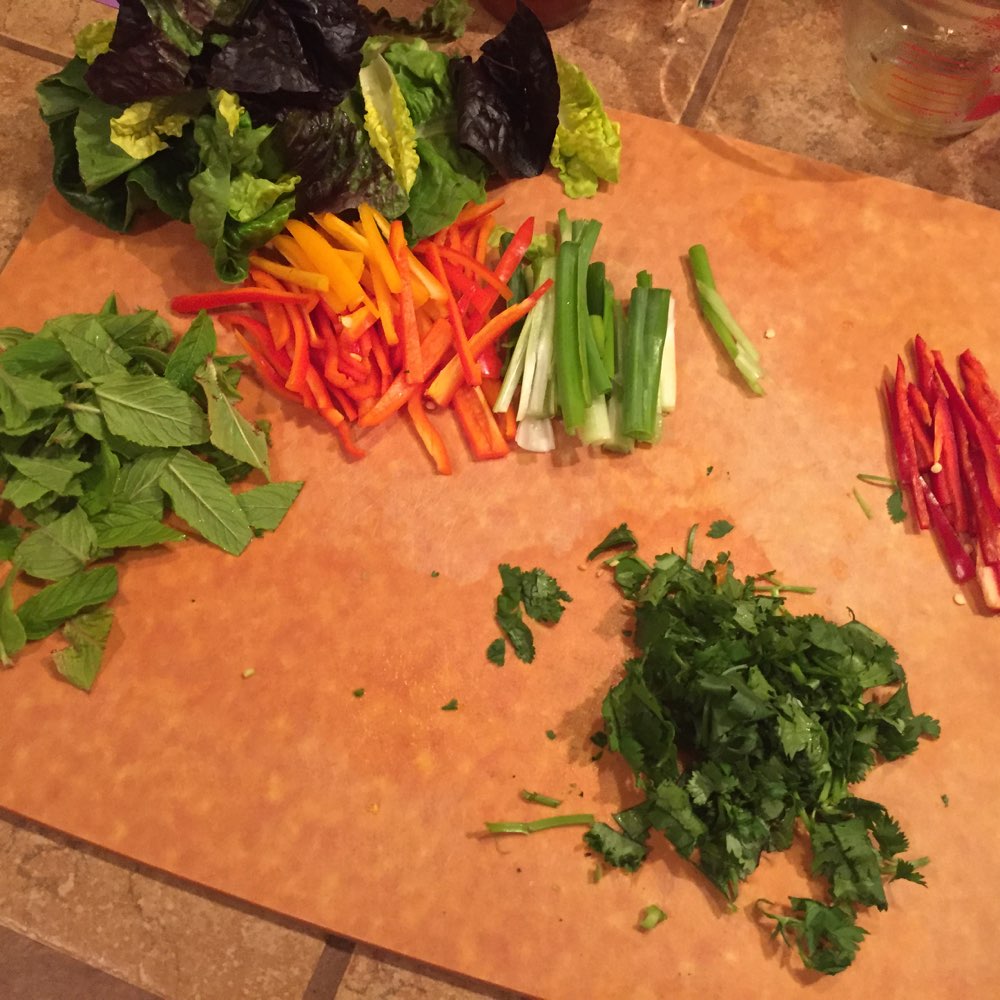 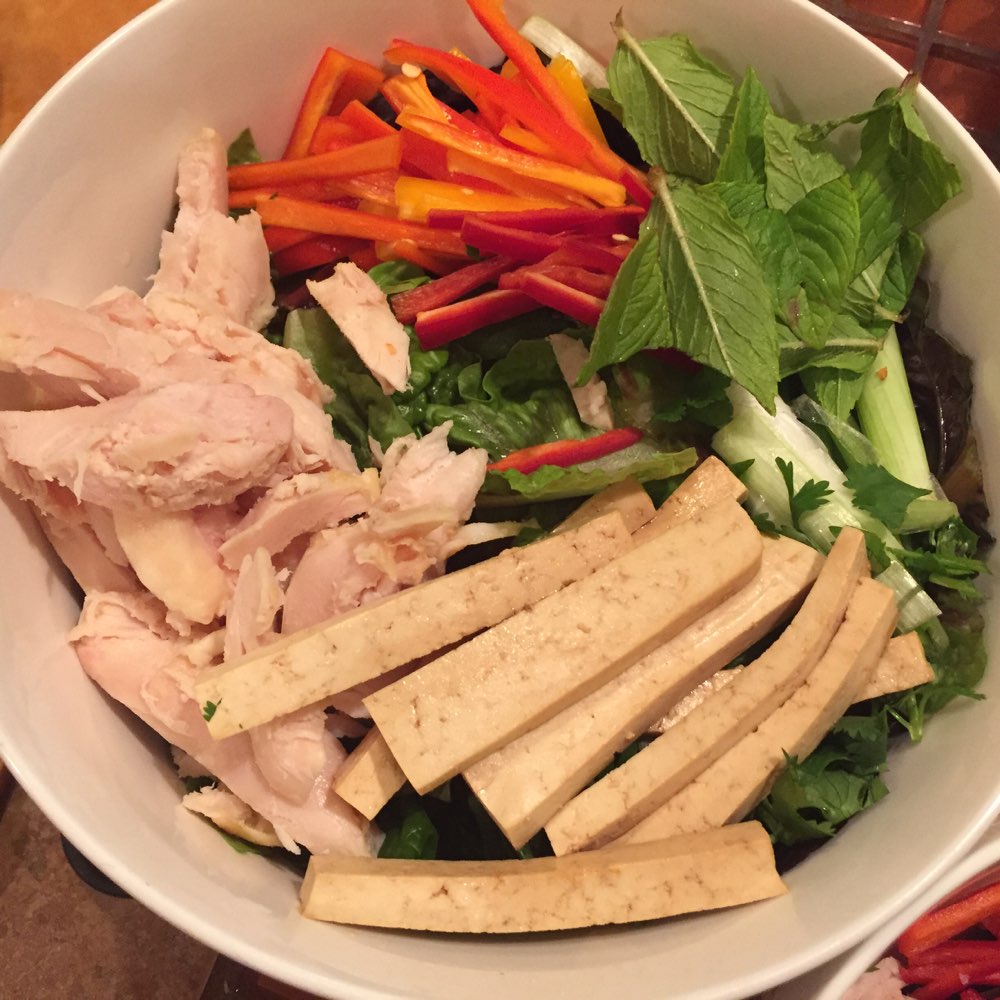