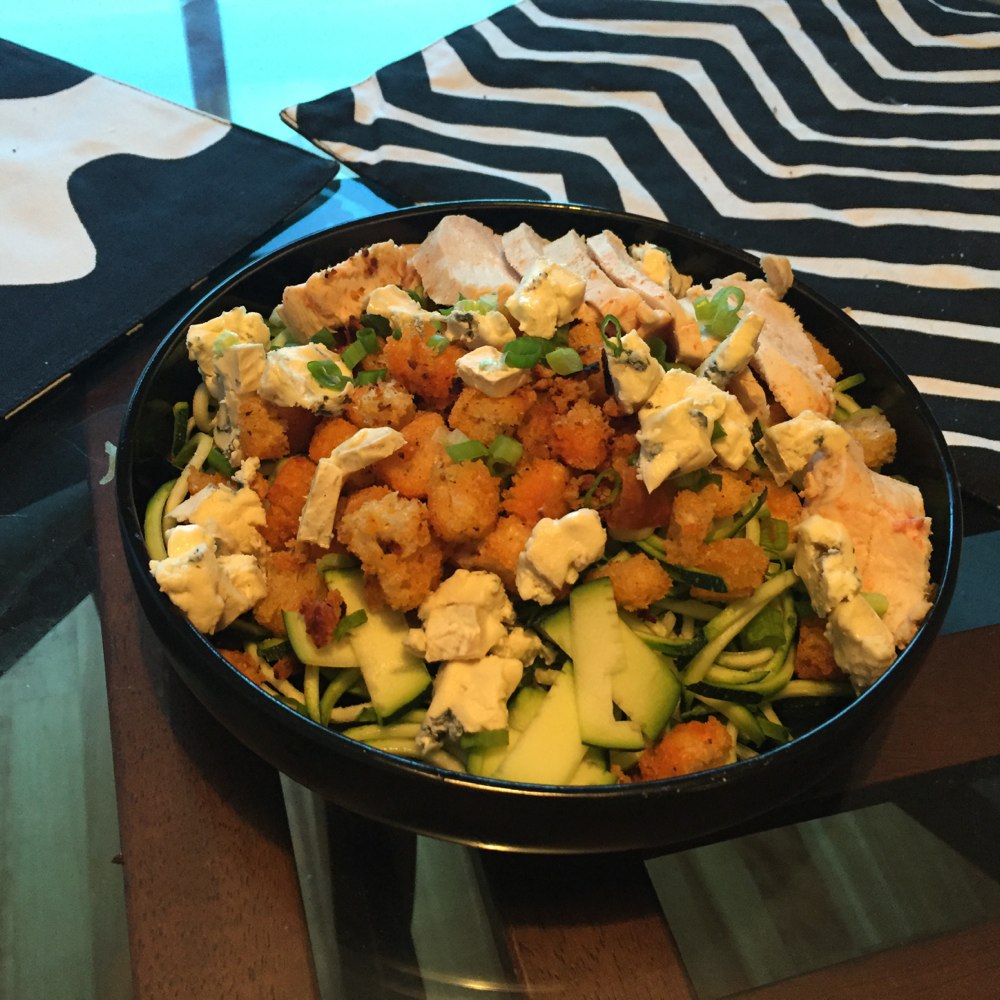 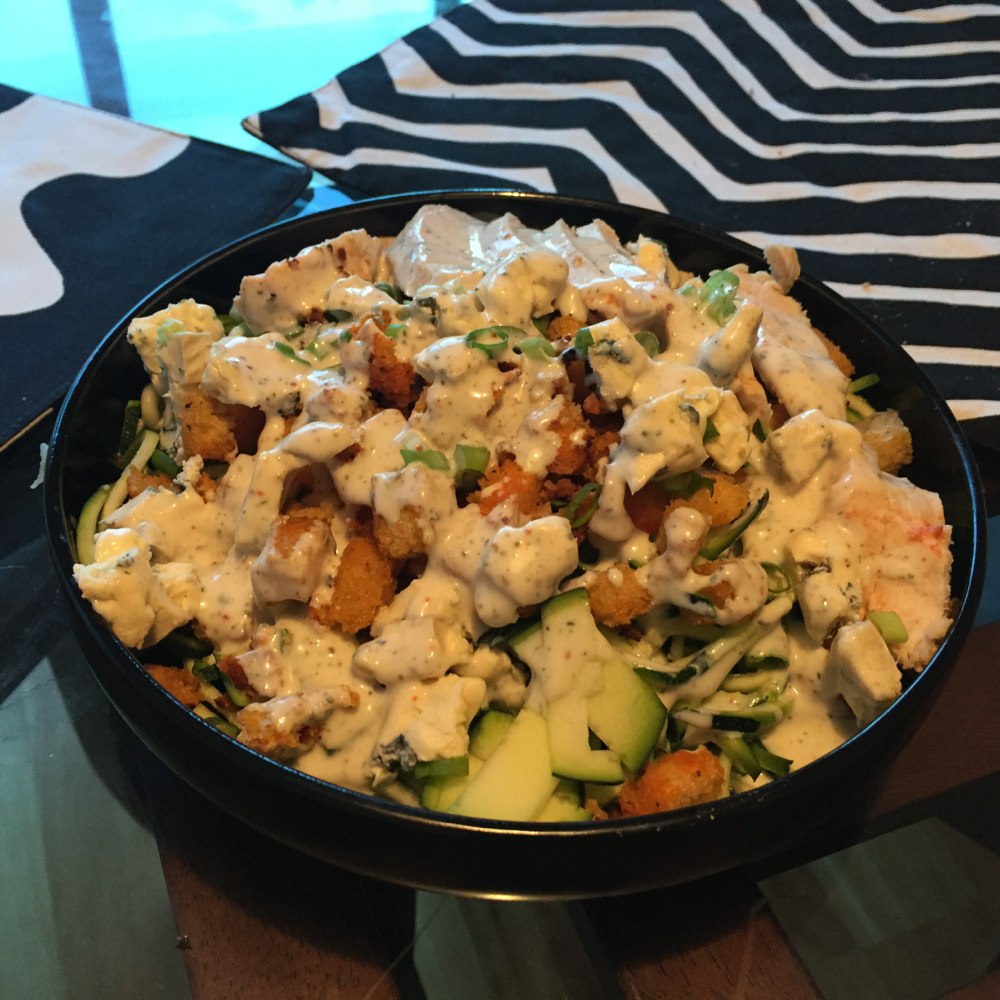 We made a zucchini buffalo salad based on this Kitchn recipe & the croutons (Local for both). At the very least, it was based on their recipes.

I decided to sous-vide the chicken. I bagged the chicken with some Franks Red Hot and did it at 145 for an hour and a half (based on my suggestion on 2016-05-15) This was a nice amount of time and temp. The chicken was juicy and moist and was a nice consistency.

I used their recipe with some sourdough but I wasn't super impressed. I added the Franks to the (possibly too hot?) oil and it splattered everywhere. I then added the bread which absorbed all of the oil and then burned little pieces on. It was kind of a mess. What was left was flavoful but kind of mush

Rather than use their dressing, Meredith made her own. She mixed some fat free greek yogurt, Penzeys's Ranch, Penzeys's powdered roasted garlic, and some almond-cashew milk. Very low calorie and flavorful.

No cheese in the dressing. We just used it (Cambozola) on the salad. The salad was just spiralized zucchini

The ideas were pretty good. I liked the super-low calorie dressing and the chicken came out very good. Meredith thought the cheese was a bit much (even though Cambozola is not super "blue"). I thought it was fine...in small enough amounts.

As I noted, the croutons were a bit of a mess but really not too bad.